Initial jobless claims came in at 213K this week. That would have been unchanged versus the prior week, but last week’s print was revised down by 5K to 208K.  That modest uptick versus the revised number marked the first increase in claims in five weeks. Albeit higher, that level is still within the range of readings from the few years prior to the pandemic. 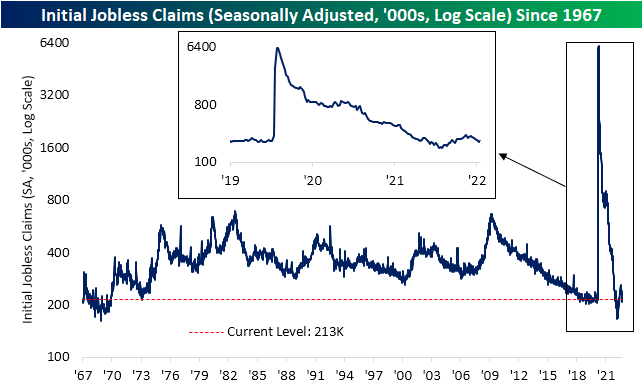 On a non-seasonally adjusted basis, claims were also higher week over week moving up to 171.6K.  That increase could be expected as claims have been overdue to bottom out from a seasonal perspective as we discussed last week. That increase also does not steal from the fact that initial claims remain at historically strong levels. From here, claims are likely to continue to face seasonal headwinds through the end of the year. 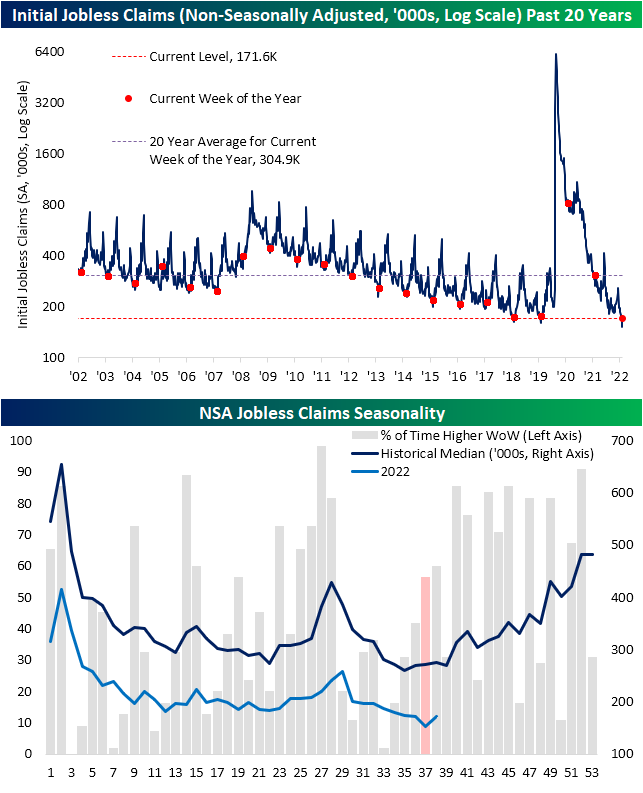 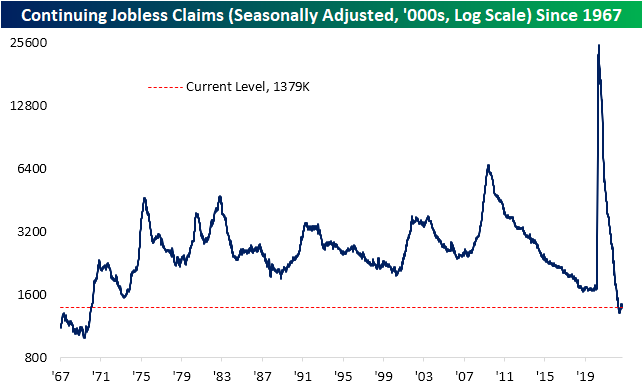 Earlier in the summer, we had noted how initial claims had appeared to have gotten ahead of continuing claims with the former at a comparatively higher level than the latter. That was evident by the ratio of the two surging to some of the highest levels on record.  The past several weeks’ decline in initial jobless claims and the little change in continuing claims have resulted in that ratio turning lower.  In fact, the latest release marked the fifth consecutive decline in that ratio.  As shown in the second chart below, that now stands out as one of the longer such streaks of declines on record. Click here to learn more about Bespoke’s premium stock market research service. 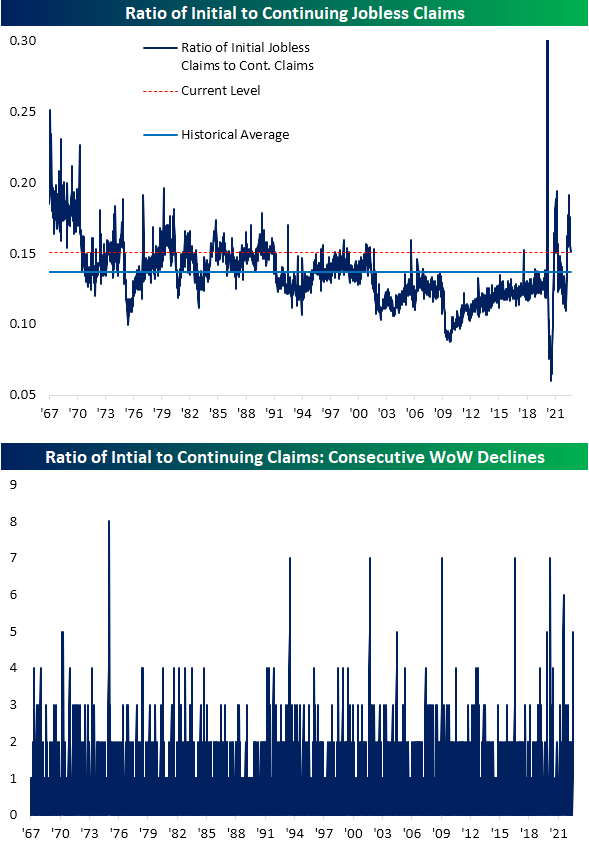