Initial jobless claims have come well off of the historic lows from earlier this year, but the past couple of weeks have also seen modest improvements.  We’ve now seen back-to-back weeks of declines in claims for a total drop of 9K, leaving seasonally adjusted initial claims at 243K.  That is the lowest reading since the week of July 22nd.  However, that is still above the range from the two years prior to the pandemic. 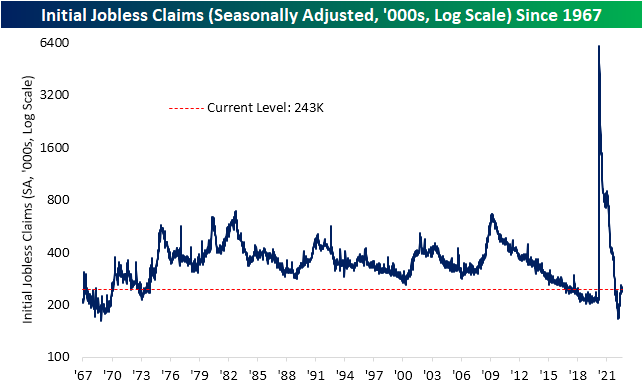 Non-seasonally adjusted claims are nearing what is typically an annual low.  The past couple of weeks have historically been two that have seen the most consistent declines on a week-over-week basis throughout the year. That has dropped NSA claims to 184.4K which is only slightly above the post-pandemic low of 183.6K from the final week of May. 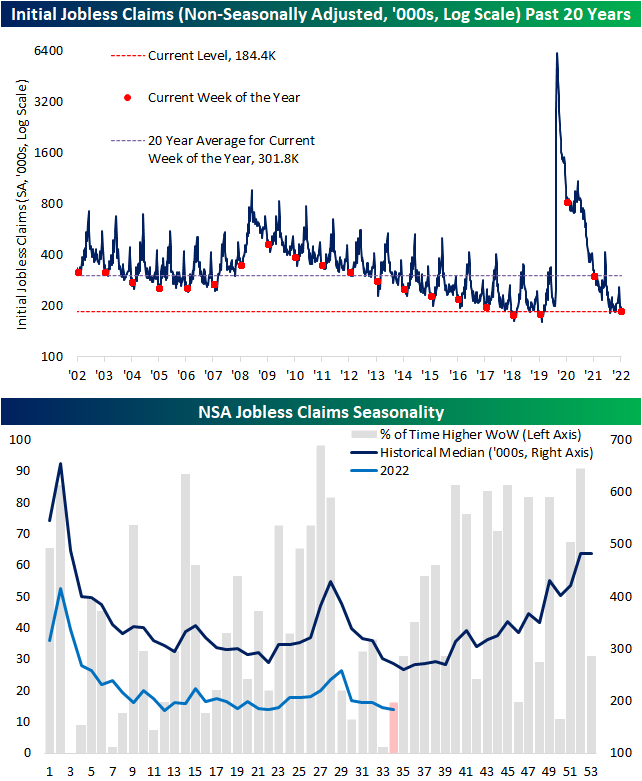 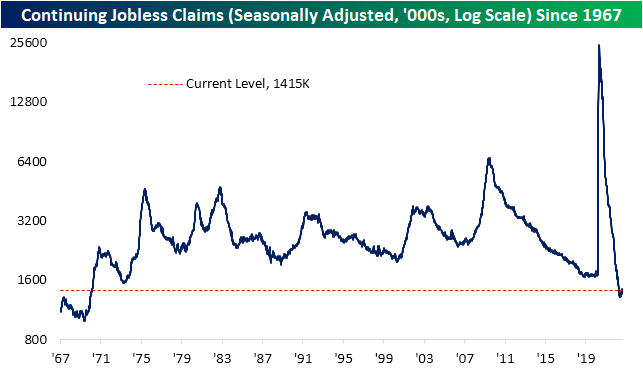 Given this, the ratio of initial to continuing claims continues to hover at levels that are well above the norm of the past few decades even after peaking last month.  That would imply healthy turnover as those who are filing for unemployment are not remaining unemployed for long given the small amount of follow-through of initial claims into continuing claims. Click here to learn more about Bespoke’s premium stock market research service. 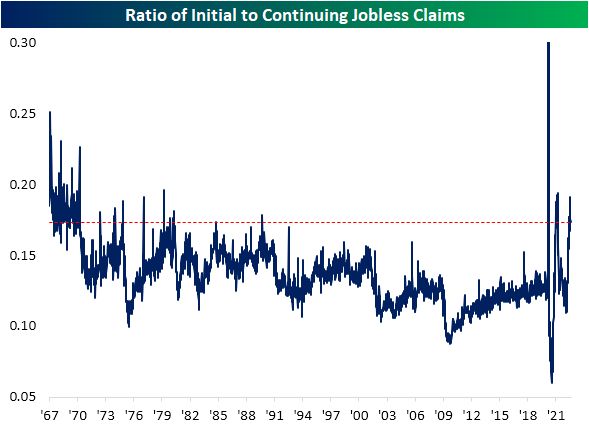