Jobless claims have undergone further deterioration in the latest week’s data as the seasonally adjusted number topped 250K for the first time since November, and it has now been over four months since the cycle low. As we discussed in a B.I.G. Tips report earlier, that streak without a new low in claims is not particularly long from a historical standpoint, but it is notable when taking into account past increases in claims prior to recessions. While last week’s reading went unrevised, this week’s reading rose 7K to 251K which is 85K above the early April low. 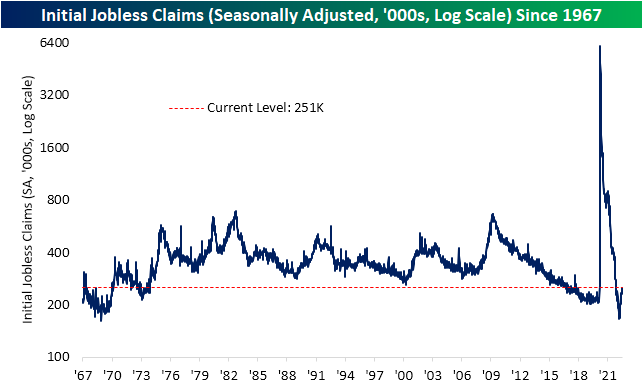 On a non-seasonally adjusted basis, claims were also higher rising 7.9K to 249K.  As we have frequently noted, while adjusting for seasonality claims have reversed trend and have been moving higher during a time of year when they typically rise. Historically, last week would have marked the high, although, that has not always been the case. For example, in 2010 and 2011, and potentially again this year, the seasonal high came during the current week of the year instead.  In other words, the continued move higher in claims this week on a non-seasonally adjusted basis is somewhat unusual but not without precedent.  While that increase could be on account of residual seasonality, it is hard to parse if it is also potentially on account of the material worsening in claims. 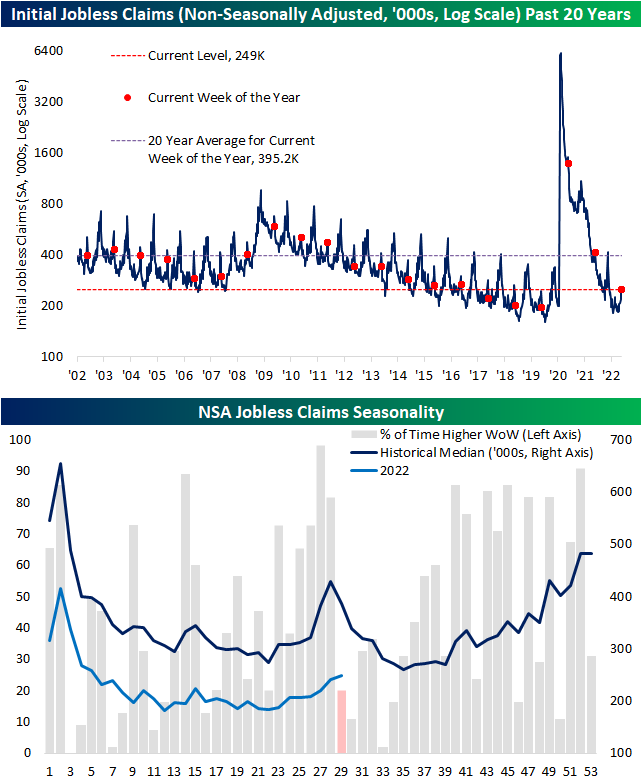 Delayed an additional week to the initial claims number, seasonally adjusted continuing claims jumped 51K this week. While that is not exactly a massive jump, bringing claims only to the highest level since April, the week-over-week increase was the largest uptick since late November. 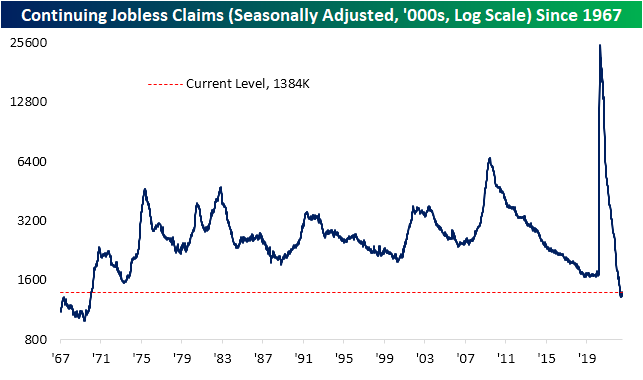 Below we provide a state-level breakdown of the initial and continuing claims numbers (both non-seasonally adjusted).  While there are likely some seasonal factors playing into week-to-week movements, this week there were two unusual moves weighing on the national number. Whereas the net national move in claims was an increase of 7.8K, Massachusetts saw a move nearly double the size of that national change.  That state’s initial claims went from under 9K all the way up to 23K; the ninth largest weekly increase on record going back to 1986. While less remarkable of a move but also ranking in the top decile of all periods, South Carolina also saw a peculiar increase with claims more than doubling. While these readings could very well be genuine, we would caution that given their outlier nature, a revision down the road is possible, and that would make this week’s release look somewhat better after revisions than it does today. That being said, revisions likely would not be enough to alter the overall national trend in recent months.  Click here to learn more about Bespoke’s premium stock market research service. 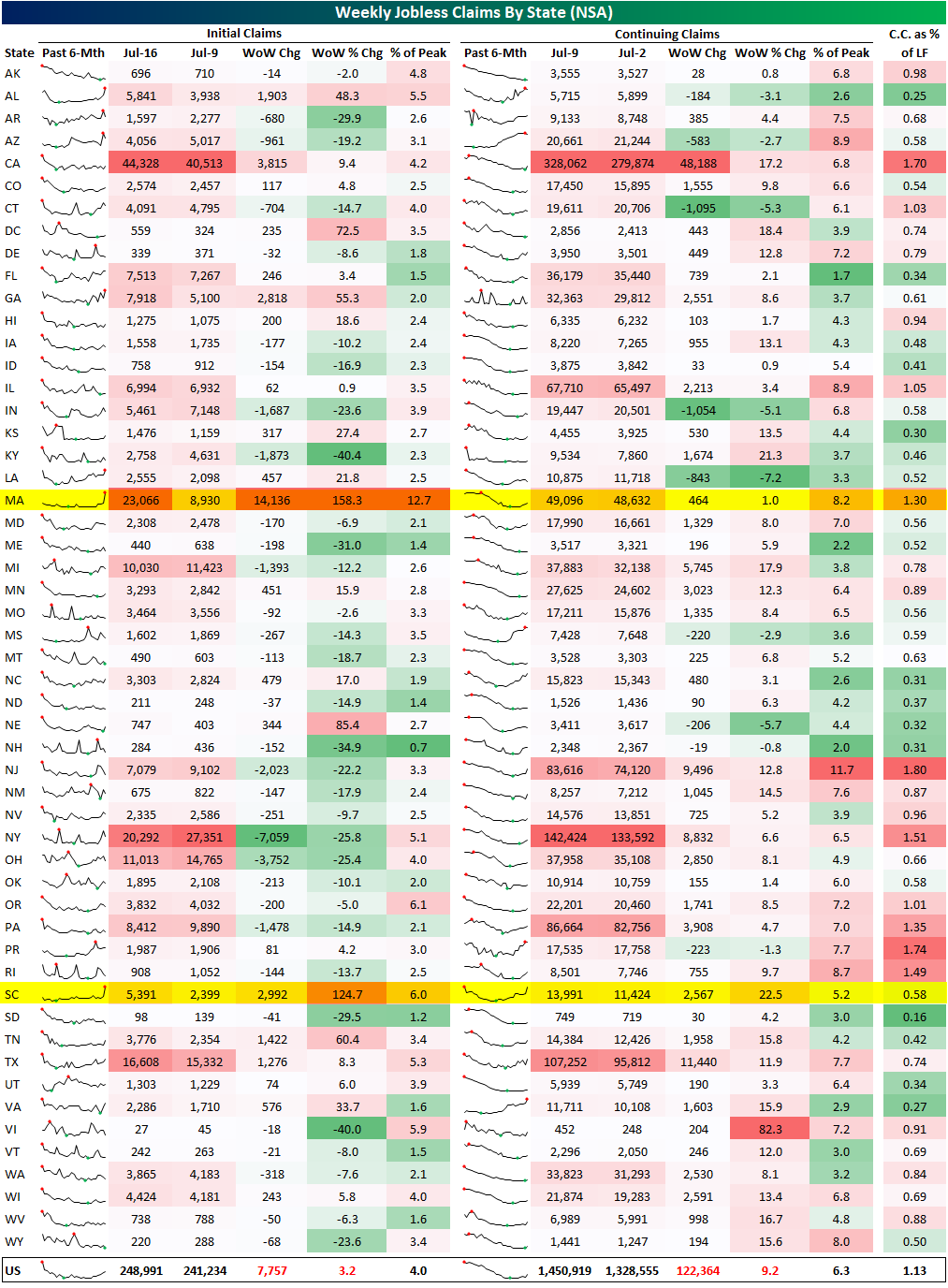