Claims Rise But The Trend Remains

Initial jobless claims were forecasted to extend the streak of consecutive declines to seven this week with a 16K decline penciled in. Instead, claims unexpectedly rose by 36K to 412K.  Not only did this end a six-week streak of declines, but it was also the largest one-week increase since the last week of March bringing claims to the highest level in a month.  While higher sequentially, the overall trend of lower claims remains in place. 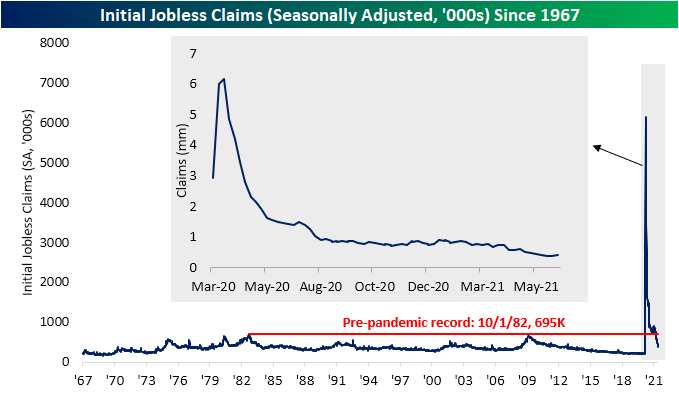 On a non-seasonally adjusted basis, regular state claims likewise rose back above 400K this week, although it was still one of the lowest readings of the pandemic.  PUA claims were also higher with the national total rising to 118K from 71.3K last week.  That increase comes in spite of the upcoming exit from the program by half of the country over the next month.  On a state level, the main contributors to that increase in PUA claims were Maryland (+17.89K), Kentucky (+8.59K), Illinois (+5.46K), and California (+5.26K).  Maryland interestingly is the only one of these states withdrawing from the pandemic era programs prior to the federal deadline of September. The state is currently scheduled to end support of the program in early July. 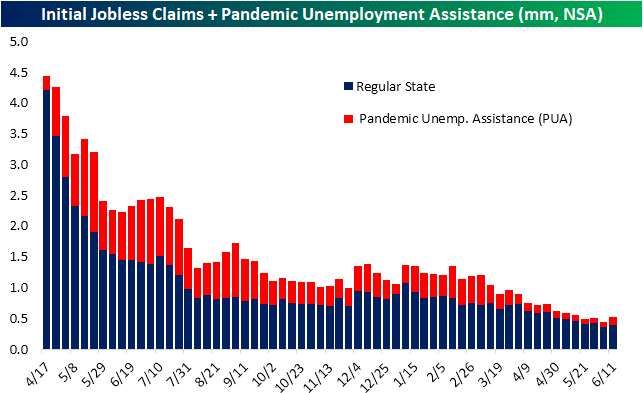 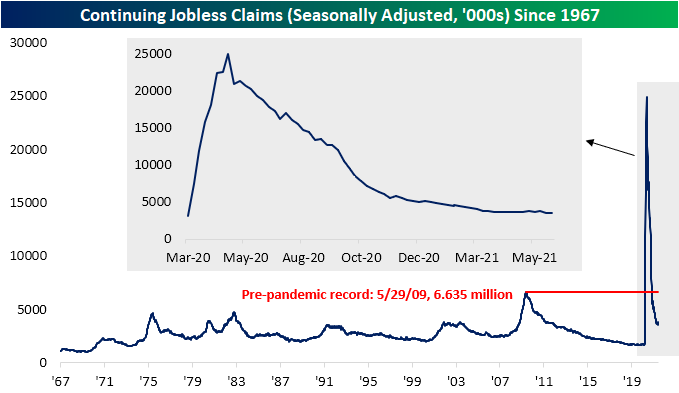 Looking at the data on a non-seasonally adjusted basis and including all programs adds another week’s lag to the data making the most recent print through the last week of May.  Total claims across all programs have continued to fall, dipping below 15K for the first time in the most recent week’s data.  A 253.9K drop in PUA claims was the biggest contributor to that decline while regular state, extended benefits, and PEUC programs also all fell significantly.   Click here to view all of Bespoke’s membership options. 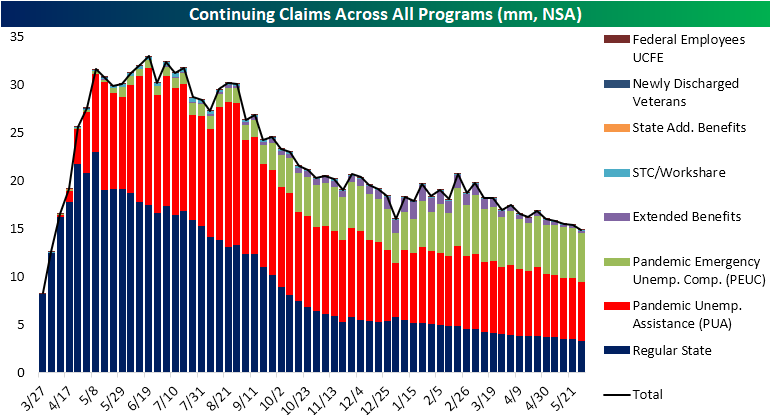 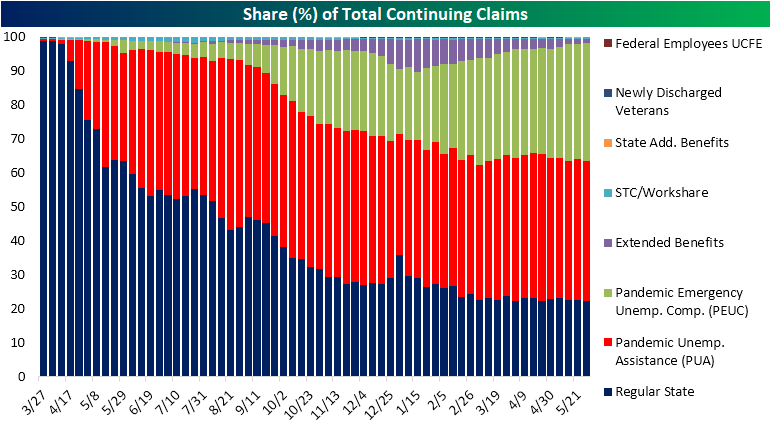