Last week saw the first sub-200K seasonally adjusted initial jobless claims print in over 50 years. This week, that number was revised even lower to 194K. While that reading sets a historic low, the most recent data for the week ending November 27th, however, saw claims rise by 28K to 222K.  Although that marks the biggest one-week uptick in claims since July, the level of claims remains handily below pandemic levels and below the level of 256K from right before the COVID surge that took claims into the millions. 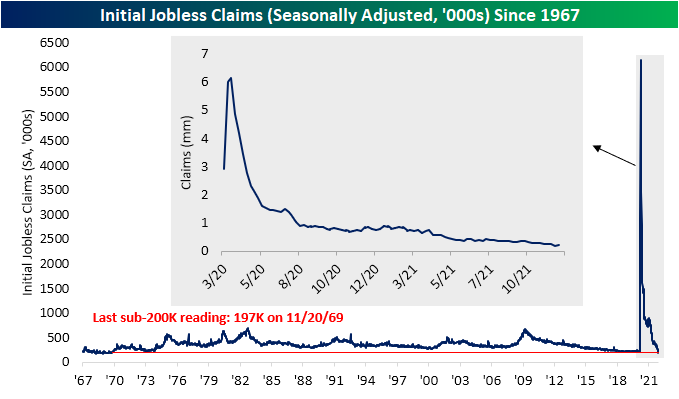 Last week, seasonal adjustments gave a significant boost to jobless claims as NSA claims actually came in at 253.5K versus the 194K adjusted reading.  This week, NSA claims were the lower of the two coming in at 211.9K which is the lowest level since the first week of March 2020. With claims declining further, they continue to buck the seasonal trend.  As shown below, the current week of the year has consistently seen a lower reading in NSA claims than the prior week as was the case in the most recent print.  Currently, claims are at a new low for the year whereas historically they have been on the rise for several weeks now. 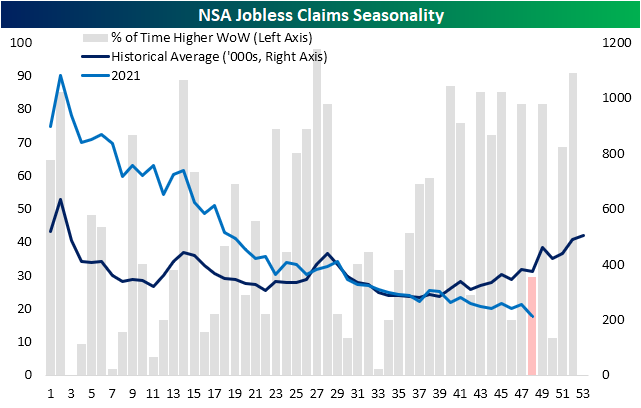 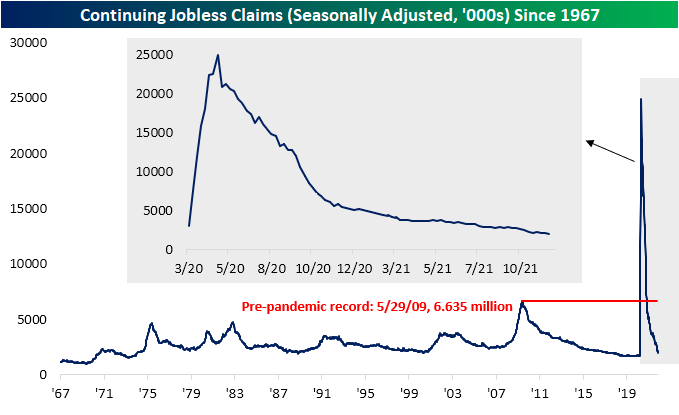 Including all programs delays the data by another week making the most recent reading through the week of November 12th. That week saw a slight uptick in claims led by gains in regular state programs.  Pandemic era programs are largely unwound by now, but there is still a significant presence with over 300K claims coming from the PUA and PEUC programs. Click here to view Bespoke’s premium membership options. 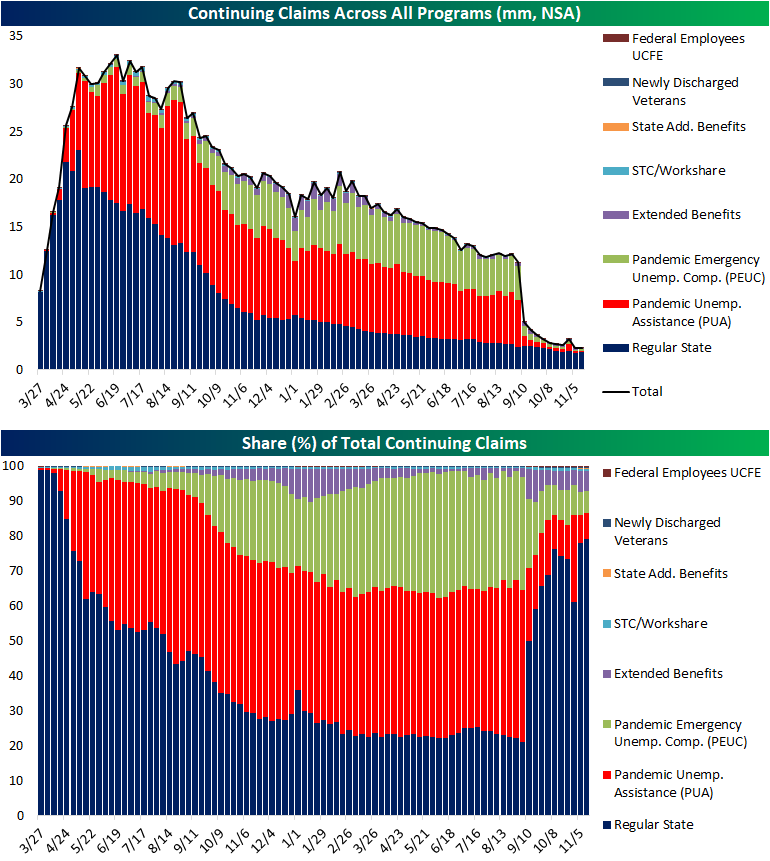