Jobless claims were anticipated to reverse much of last week’s improvement as forecasts were calling for initial claims to rise from 205K to 214K.  Instead, there was a sub-200K print as claims fell to the lowest level since the end of September. 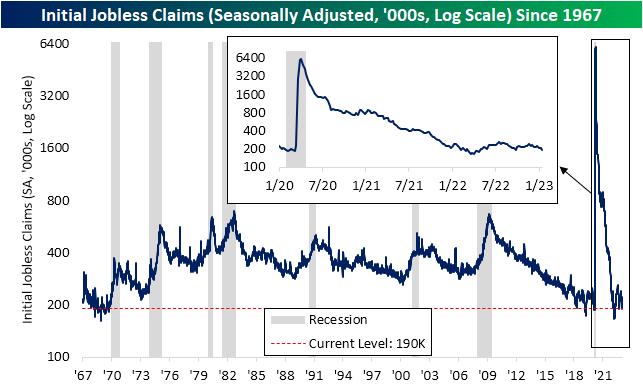 All that is to say, the week-over-week drop in the seasonally adjusted number per today’s print is perhaps a bit overstated. The end and start of the year tend to be volatile for seasonality thus the weeks ahead will help to provide a clearer picture of where claims really stand. 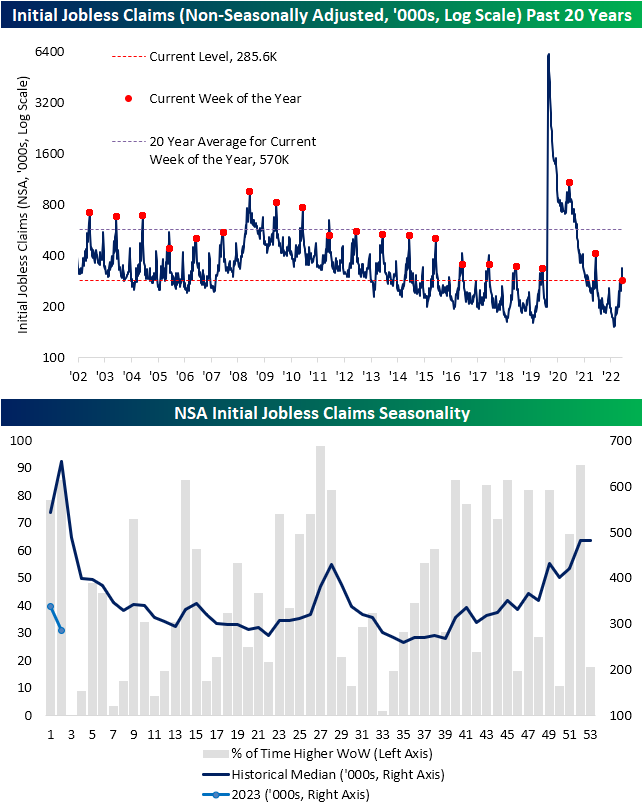 Turning over to continuing claims, the first week of the year saw claims rise by 17K up to 1.647 million.  That is still below higher levels observed throughout late November and December as the deterioration in claims over the past month has subsided. Click here to learn more about Bespoke’s premium stock market research service. 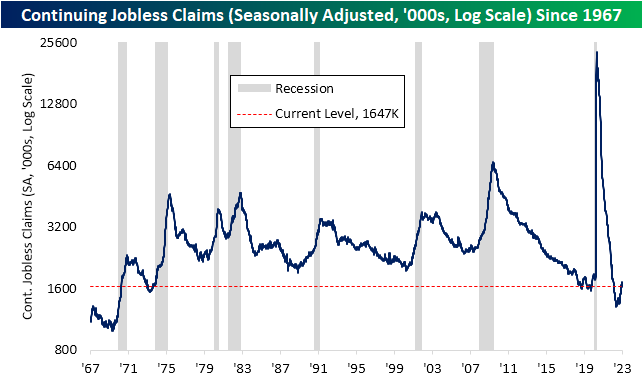