Claims Move Further From Their Low

Jobless claims for the final week of 2019 came in at 222K. That compares to forecasts of a drop to 220K from an upwardly revised 224K last week (originally 222K).  Claims have now dropped in each of the three weeks since the large spike up to 252K.

Although the seasonally adjusted number has continued to fall, the four-week moving average just keeps moving higher.  This week’s increase is the result of the very low print of 203K from the week of November 29th rolling off the average to be replaced by this week’s 222K.  Now at 233.25K, the moving average is at its highest level since the end of January 2018. 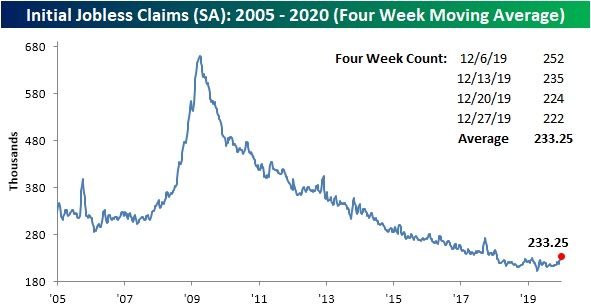 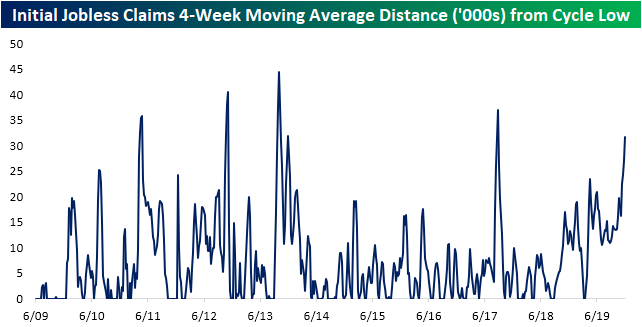 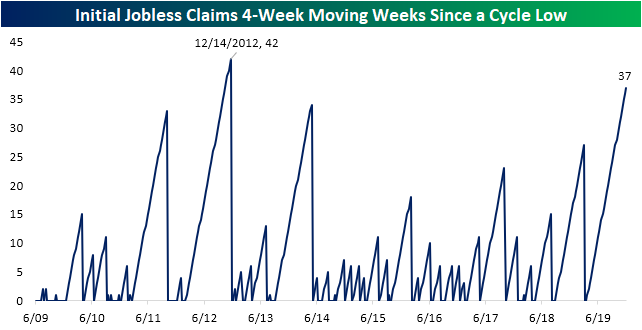 On a non-seasonally adjusted basis, claims rose this week up to 312.1K from 287.3K as claims near their seasonal peak.  In spite of that week-over-week increase, claims are down versus the comparable week last year and the average for the current week of the year since 2000. Start a two-week free trial to Bespoke Institutional to access our interactive economic indicators monitor and much more. 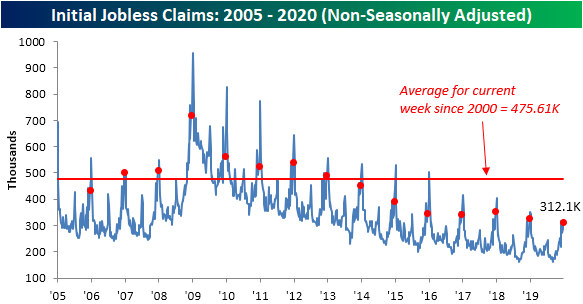