After coming in at a new low for the pandemic last week, a higher reading in initial jobless claims was expected this week with forecasts calling for a reading of 675K; up from a downward revision to 658K last week. Instead, claims rose by 61K to 719K.  Although that is the biggest one-week increase since the second week of January when claims rose 123K, at 719K this week’s reading still managed to tie the last week of November for the second-lowest reading of the past year. Additionally, we would also note that this week is the first to reflect the annual revisions to the seasonal adjustment factors for both initial and continuing claims. 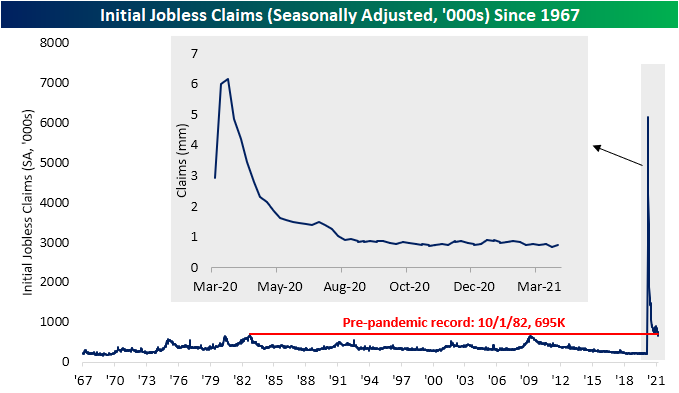 Unadjusted regular state claims were also higher rising from 651.2K last week to 714.4K.  Again, this was the largest one-week increase since January. While regular state claims were weaker, Pandemic Unemployment Assistance (PUA) claims fell slightly to 237K.  That sets a new low for the pandemic save for the first week that PUA claims debuted roughly one year ago and the first week of 2021 when there was the caveat that there were some lapses in claims as a result of the timing of the signing of the spending bill. Nonetheless, the larger uptick in regular state claims meant that, on a combined basis, claims did rise this week. Granted, at 951.4K total claims remained below 1 million in back-to-back weeks for the first time in the past year. 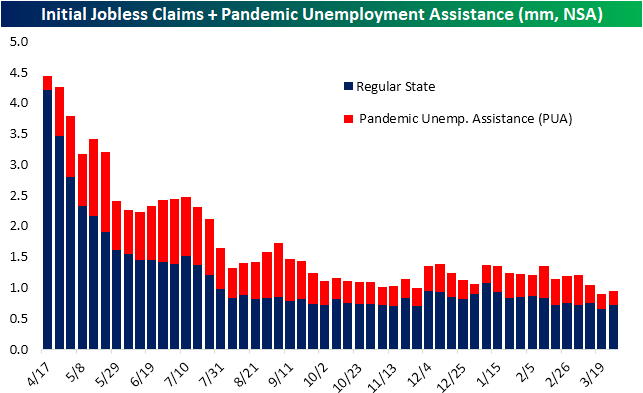 Like initial jobless claims, continuing claims also came in higher than expected (3.794 million vs. 3.75 million expected). While claims were above expectations, they did improve from last week’s reading of 3.87 million to set a new low for the pandemic.  That also marked an eleventh consecutive week with lower continuing claims. 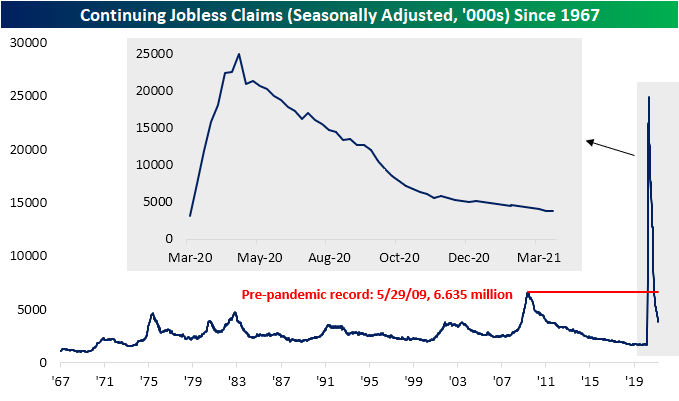 Factoring in all unemployment programs adds some lag to the data making the most recent data as of the week of March 12th.  That week saw a broad decline across all programs as combined claims fell from 19.768 million to 18.247 million. The program that contributed the most to that decline was Pandemic Emergency Unemployment Compensation (PEUC) which fell by over 700K claims. That marks the program’s fourth-largest decline of the past year. Regular state and PUA claims also experienced significant declines.

Recently we have noted how a rising share of total claims belongs to programs like PEUC that extend benefits past the expiration of the regular benefit periods. For example, the previous week saw two of these programs, PEUC and Extended Benefits, account for 36.9% of all claims which was the highest level of the pandemic. That large decline in PEUC claims in the most recent week alongside a modest improvement in the Extended Benefits program resulted in that share declining by 1.1 percentage points. In other words, there is some evidence that there has been some improvement in the reading on people who are facing long-term unemployment. Click here to view Bespoke’s premium membership options for our best research available. 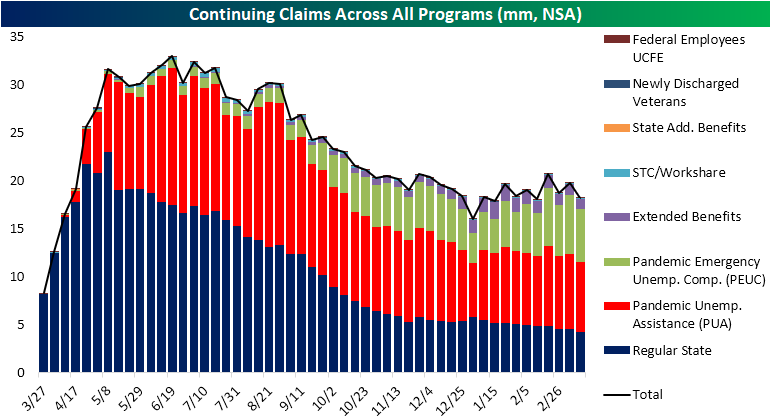 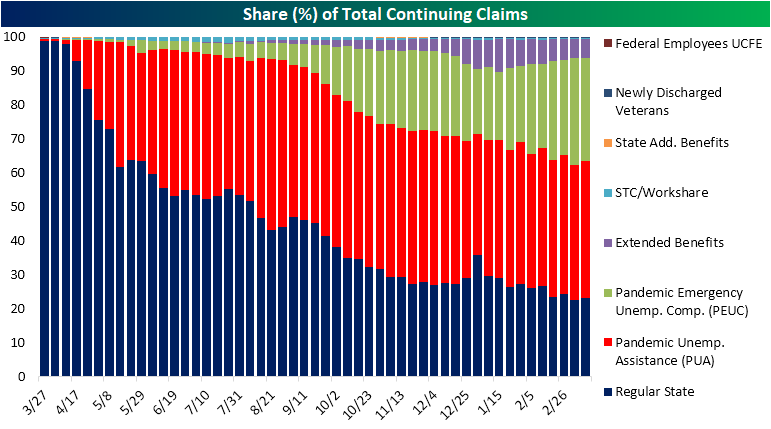