Overall, it was a bad week for jobless claims with both initial and continuing claims missing expectations. Initial jobless claims came in at the worst level since the week of August 21st rising to 965K versus forecasts for a jump to just 789K.  That 183K increase versus last week was the largest move higher since April when claims were rising in the millions per week. Additionally, of the states that offered comments on the changes in jobless claims, many noted layoffs in industries like retail, accommodations and food services, and transportation. Despite the acceleration in the vaccine rollout, due to the fact that case counts remain near record highs and COVID restrictions remain in place, businesses and workers in the customer-facing services sectors are still feeling the pain. 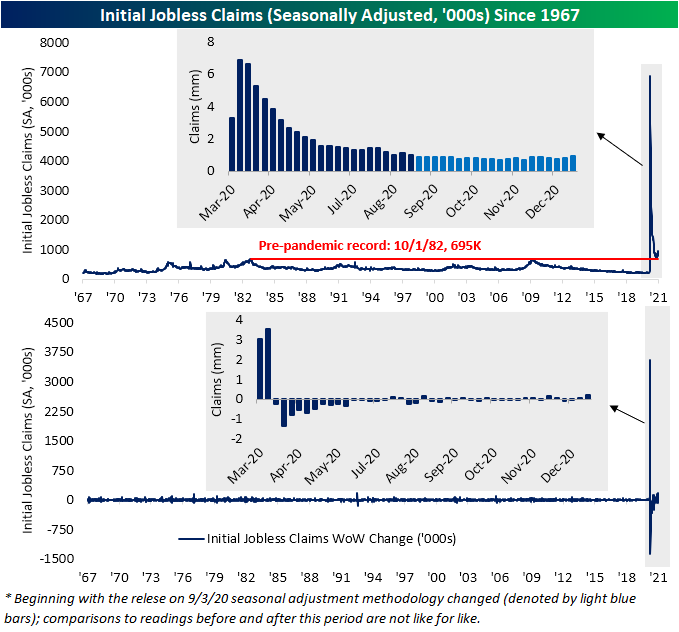 While the seasonally adjusted number managed to stay below a million, before seasonal adjustments that wasn’t the case.  Initial claims by this measure came in at 1.151 million this week, the highest reading and first time above 1 million since July 30th. 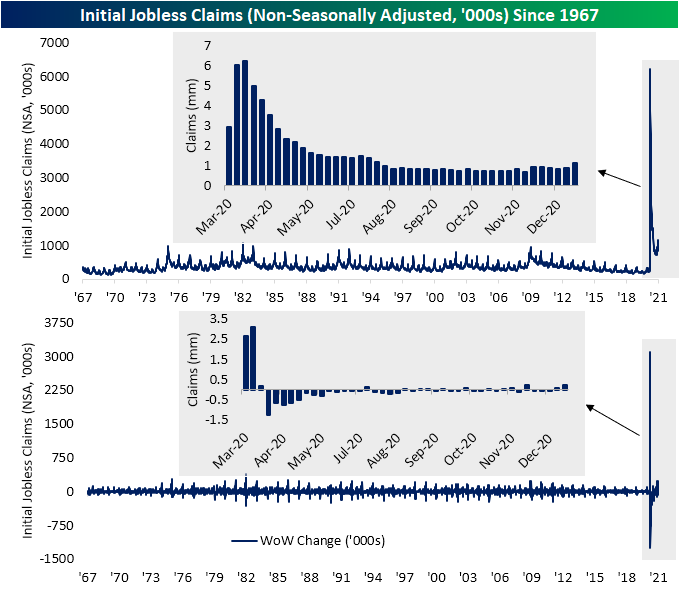 While the most recent week’s uptick is likely not all due to seasonality, as shown in the second chart below, the second week of the year usually does see a fairly large uptick in claims. 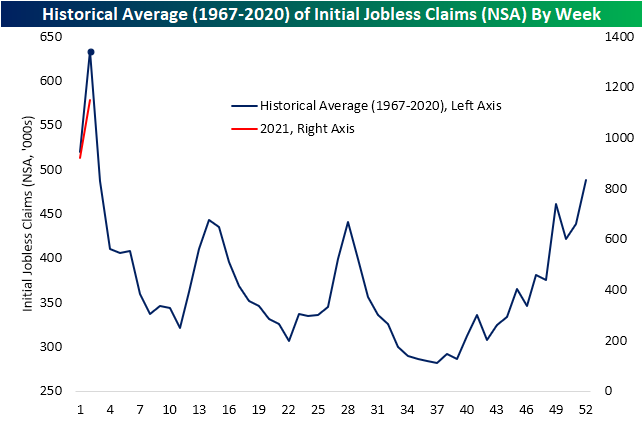 Last week we noted how PUA claims experienced a significant drop potentially due to the timing of the signing of the spending bill and the holidays. While there were yet again a handful of states unusually reporting zero PUA claims this week, total PUA claims across the nation were higher by 123.3K up to 284.47K this week.  In other words, both regular state claims and auxiliary programs contributed to this week’s uptick. 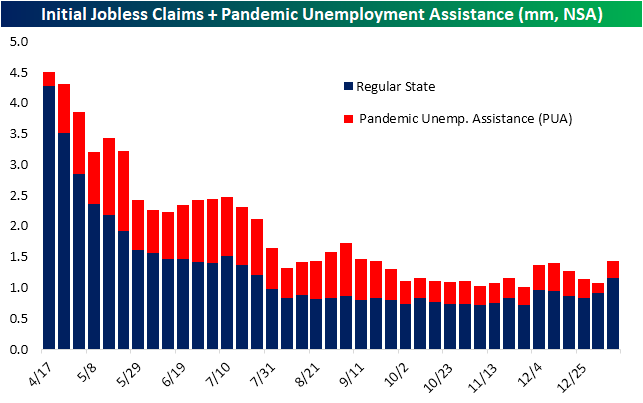 Continuing claims are lagged one week to initial claims meaning this week’s increase in the initial number was not factored into the continuing claims number, but nonetheless, it was also higher rising to 5.271 million from 5.072 million. That brings claims back to around where they were in mid-December. 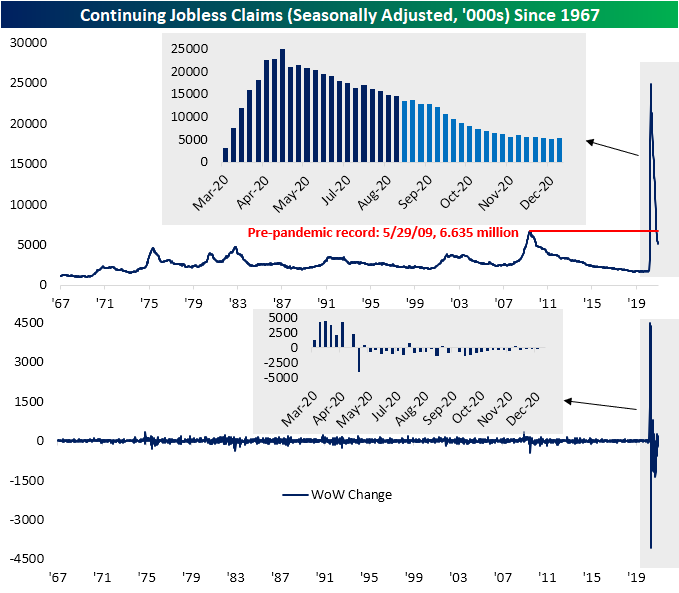 Adding in all other programs to regular state claims adds another week’s lag.  As of the last week of 2020, total continuing claims across all programs fell to 18.422 million from 19.183 million the prior week. That number is likely to move higher given the significant uptick in initial claims this week, but another problematic aspect of total claims is the growing number of unemployed who have been out of work for a long period of time. The share of claims from extension programs like PEUC and Extended Benefits accounted for nearly 30% of the most recent week’s total claims. Click here to view Bespoke’s premium membership options for our best research available. 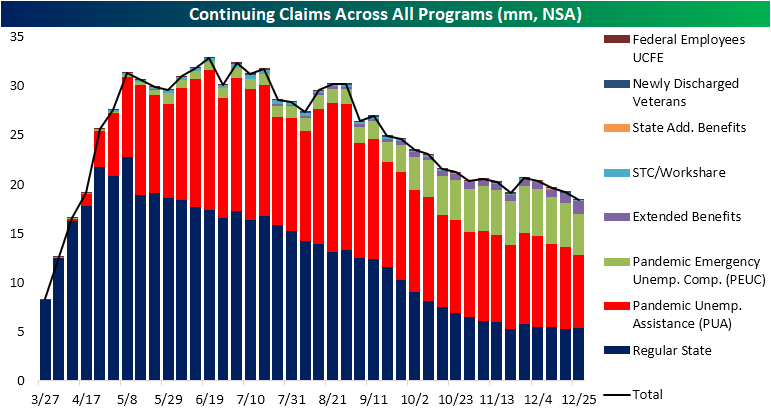 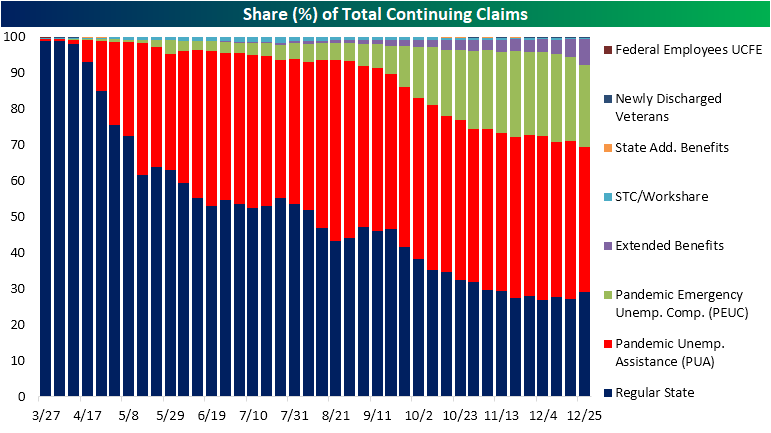