Jobless claims spiked higher in early January, but the second half of the month saw some of that unwind with the most recent reading through the week of January 29th showing a drop to 238K from the previous week’s upward revised reading of 260K.  That means claims have improved over the past couple of weeks and are still at a historically healthy level even if they remain off the pre and post-pandemic lows. 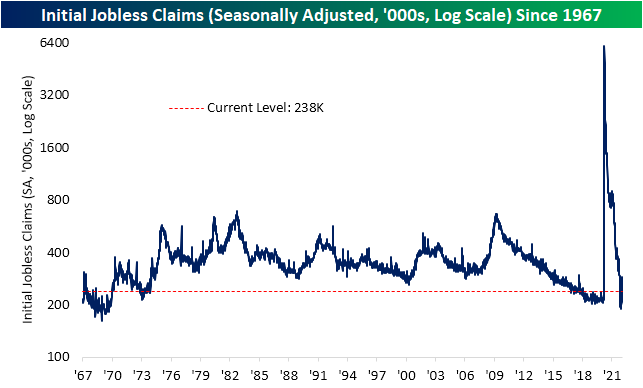 On a nonseasonally adjusted basis, after two weeks of smaller declines than what has historically been the norm, claims fell 11.7K WoW to 257K which was a larger drop than what could have been expected for the given week of the year (average decline of 4.89K since 1967).  Heading into the next several weeks, NSA claims will continue to have seasonal tailwinds at their back while declining COVID caseloads will also likely help improve the claims situation. 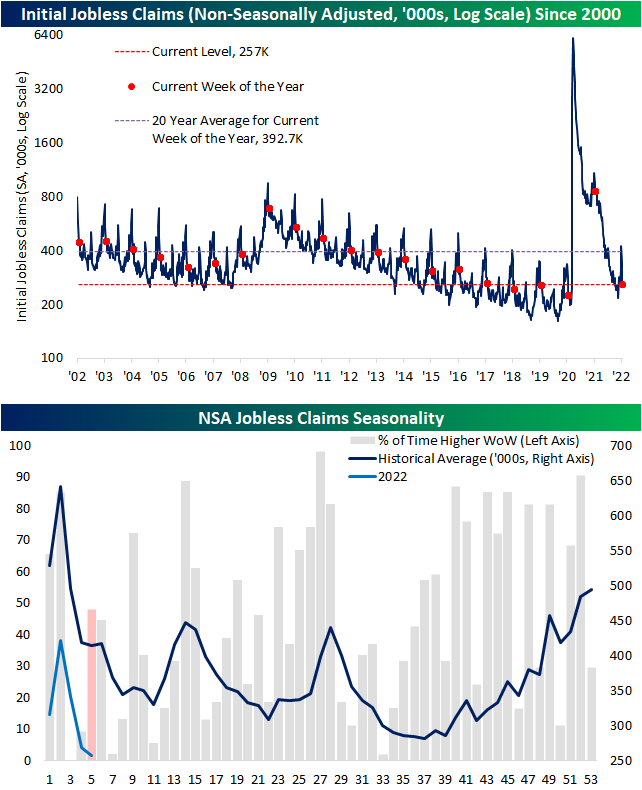 Delayed an extra week, continuing jobless claims continued to sit at the low end of the past several decades’ range.  Seasonally adjusted continuing claims fell 44K this week down to 1.628 million.  That is now slightly above the absolute low of 1.555 million set in the first week of January.  Click here to view Bespoke’s premium membership options. 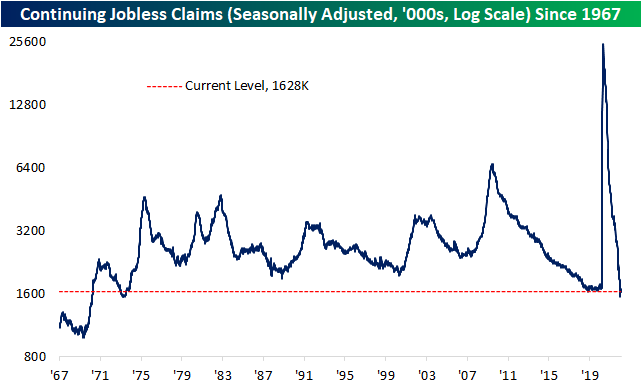