Initial claims have continued to fall with this week marking yet another low of the pandemic.  Seasonally adjusted initial jobless claims came in at 709K this week, 21K below expectations.  Although that reading is still well above levels from the start of the year, this new post-pandemic low is also now only 14K above the previous pre-pandemic record high of 695K in October of 1982. In other words, claims are still clearly elevated from a historical perspective but are at least closing in on re-entering what has historically been a more normal range.

In spite of this week’s improvement, last week’s reading was revised higher from 751K to 757K, but given that revised number the week over week decline of 48K was the largest since the first week of October. That decline also means claims have also declined in six of the past eight weeks. 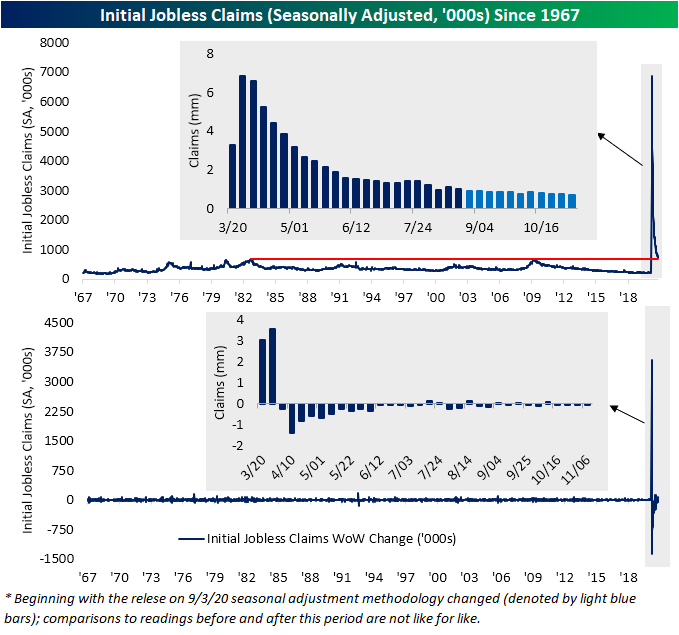 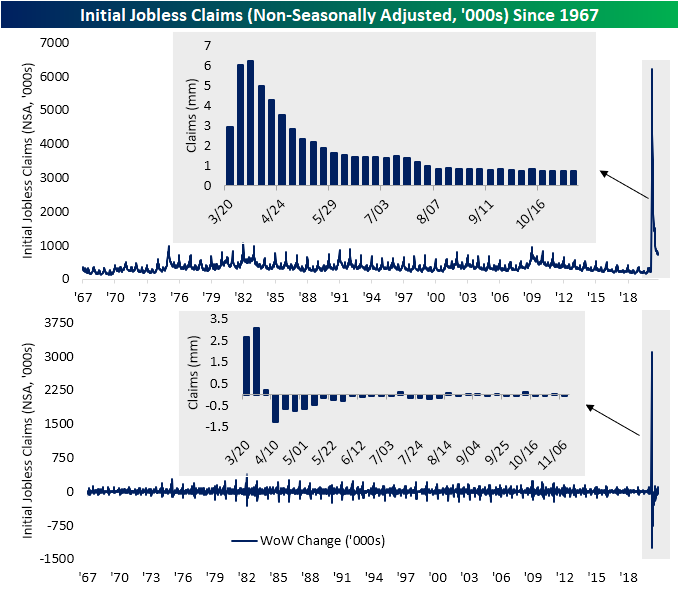 Not only have regular state claims continued to fall but so too have claims for Pandemic Unemployment Assistance (PUA).  PUA claims saw the largest week over week drop (-63.8K) since the first week of October (-129.8K) as total PUA claims came in at the lowest level since the first week they were reported on April 17th.  Combined with the regular state number, claims sit just above 1 million which is again the lowest of the pandemic. 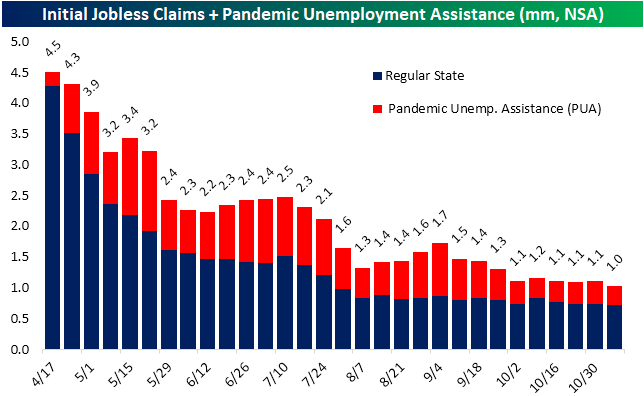 Continuing claims, which are lagged one week to initial claims, are at the lowest level since the week of March 20th as they came in below 7 million.  Continuing claims totaled 6.786 million which was down 436K from last week. With another week over week decline, claims by this measure have now declined in all but four weeks since the peak on May 8th. The current streak of weekly declines has grown to seven weeks long though this week’s drop was the smallest of these past nearly two months. 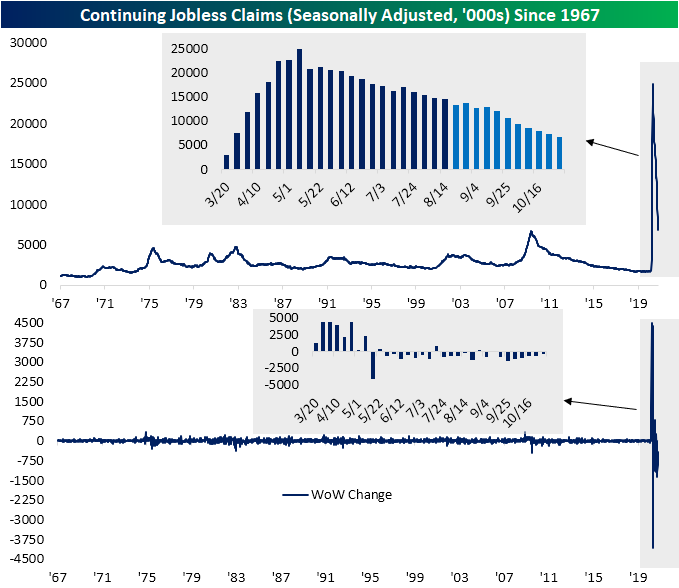 As with initial claims, regular state claims don’t tell the full picture given the several other programs in the unemployment insurance system.  In the charts below, we show a breakdown of continuing claims by each program.  This is lagged yet another week to regular claims. For the most recent week (October 23rd), total claims across all programs were lower at 21.2 million versus 21.6 million the prior week.

Regular state claims—the largest component—led those declines as PUA—the second largest—claims actually rose 0.1 million.  Additionally, the recent trend of growth in extension programs has to an extent continued.  PEUC claims, which provides several weeks of additional benefits after the expiration of regular unemployment insurance, rose from 3.98 million to 4.14 million; a new high for the pandemic. Given this, PEUC claims also make up the largest share of total claims yet at 19.5%, up 1 percentage point from the previous week.  On the bright side, the extended benefits program—another program for additional weeks of UI once benefits run out—was slightly lower at 0.55 million (2.6% of all claims) compared to 0.57 million the previous week (2.7% of all claims).  Overall, claims continue to improve and are broadly around some of the least bad levels of the pandemic, but there is evidence through the growth of PEUC claims that some people have yet to return to works and have now been unemployed for extended periods of time. Click here to view Bespoke’s premium membership options for our best research available. 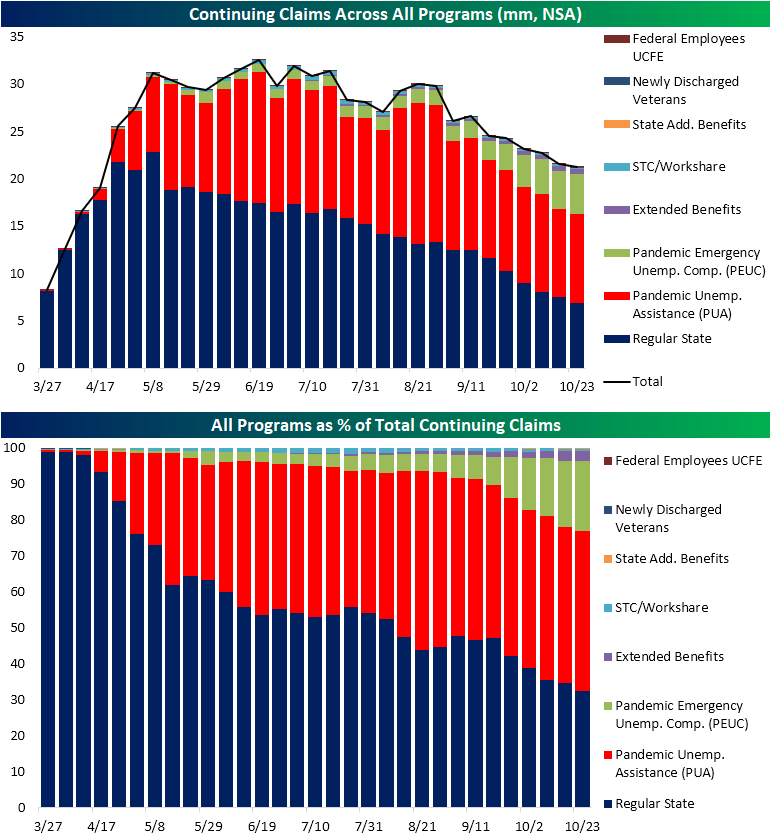