Claims Inch Their Way To A New Low

Last week’s Nonfarm Payrolls report was a bit of a mixed bag for the health of the labor market as it showed signs of slowing in the pace of the rebound in employment as permanent job losses have mounted. Initial jobless claims—updated Thursday morning—have been showing a similar story of further improvements but at a slowing pace.  Seasonally adjusted claims for the most recent week came in at the lowest level of the pandemic at 840K. But, as has been the case for two-thirds of releases since the peak in claims in late March, that missed forecasts of a drop to 820K. Additionally, that only was a 9K decline from last week; the only smaller improvement for any week since the peak in claims was a 2K decline in the second week of July.

The undersized decline this week is an example of the general trend of slowing improvements in initial claims.  Over the past two months, seasonally adjusted claims have averaged a decline of 1.54% week over week.  That compares to mid to high single-digit readings throughout the summer and double-digit readings in the more immediate aftermath of the peak in claims back in the spring.  Again, while those small improvements are still welcome as claims are at the lowest level of the pandemic, this week’s reading was still 145K above the previous record from before the pandemic (695K in October of 1982) and the slower rate of improvement only further prolongs the recovery. 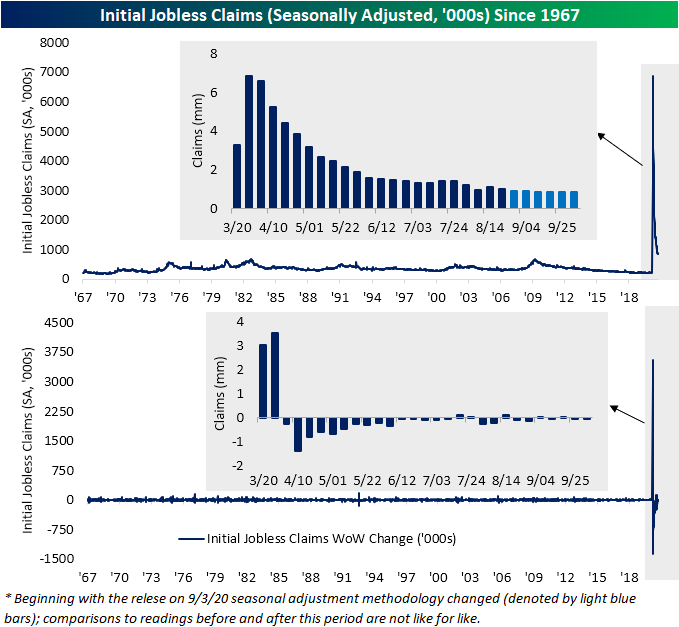 On an unadjusted basis, claims actually rose 4.3K this week to 804K.  Granted, that is not a particularly large increase. In fact, of all weeks that claims have risen WoW since the peak in the spring, this week’s 5K rise was the smallest. Another silver lining of this increase is that it is also consistent with seasonal patterns given claims typically rise from the fall through the end of the year. At the current level, unadjusted claims are basically right in line with the four-week moving average of NSA claims at 806K. 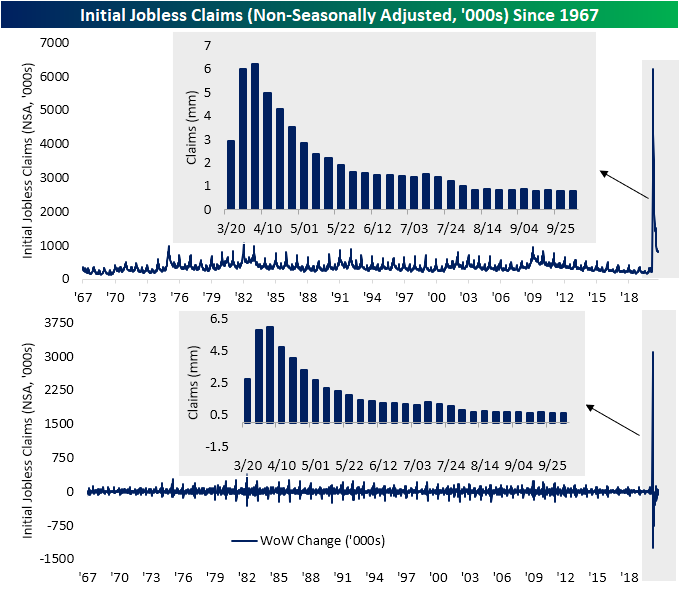 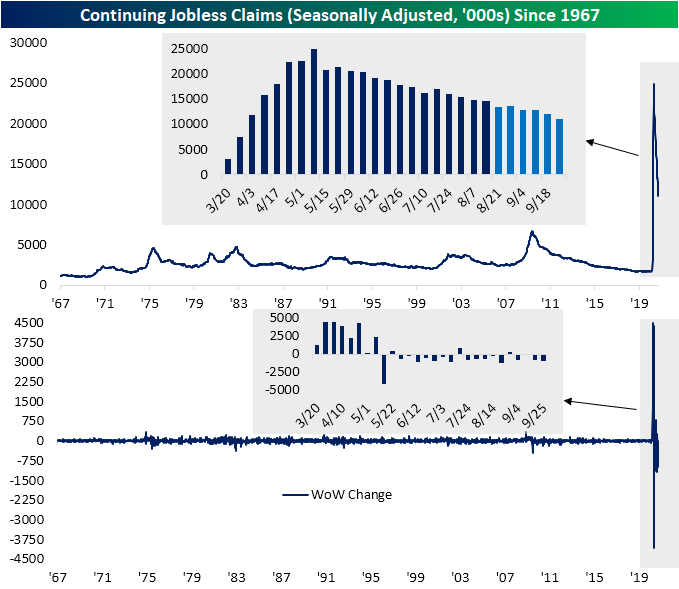 Including other measures of unemployment insurance like Pandemic Unemployment Assistance (PUA), NSA claims were lower for both initial and continuing claims for the most recent week.  In the case of initial claims, total claims (headline plus PUA) fell to a pandemic low of 1.27 million from 1.31 million last month.  That decline was mostly driven by a drop in PUA claims which fell by 44.3K to less than 500K; the only other week with initial PUA claims below 500K was the first week of August.  Lagged another additional week, continuing claims also fell to a new low of 23 million thanks to sizeable drops in both regular NSA claims (-808.7K) and PUA claims (-433.5K). Click here to view Bespoke’s premium membership options for our best research available. 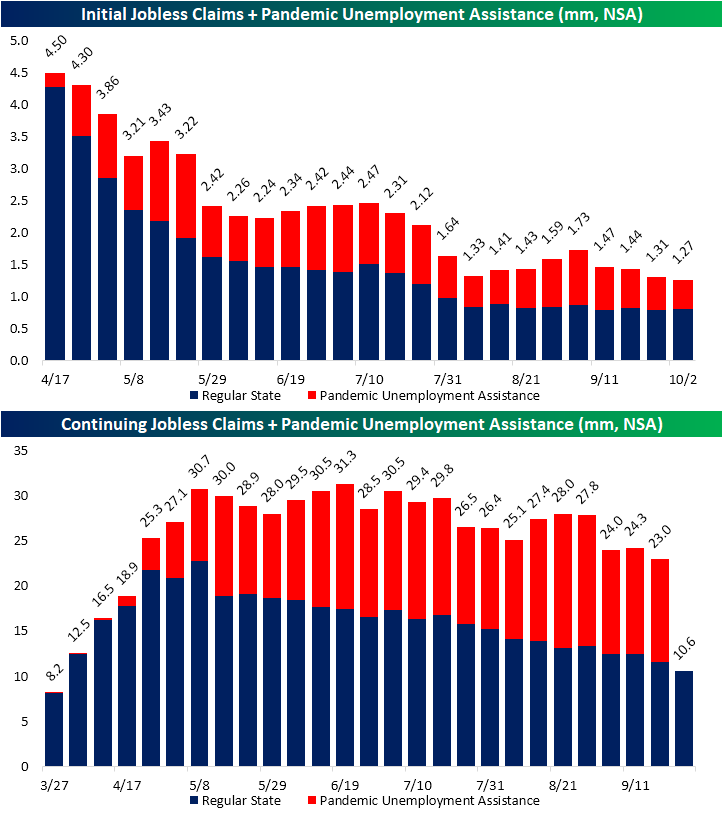