Earlier this month, jobless claims had reversed much of the move lower that occurred throughout the fall when they topped out at 892K, the highest level since early September.  Last week saw a significant improvement as claims fell back down to 806K and the improvements continued this week with a further drop to 787K.  That was much better than expectations which had been calling for an increase to 835K.  With the back to back declines over the past couple of weeks, claims are healthier but need to fall another 76K to take out the pandemic low of 711K from the first week of November.  To move back below the pre-pandemic record high of 695K from 1982, claims would need to fall 92K from current levels.  In other words, in spite of the past couple of weeks’ improvements, claims are going to kick off 2021 at what are still elevated levels both historically and relative to the lows of the past few months. 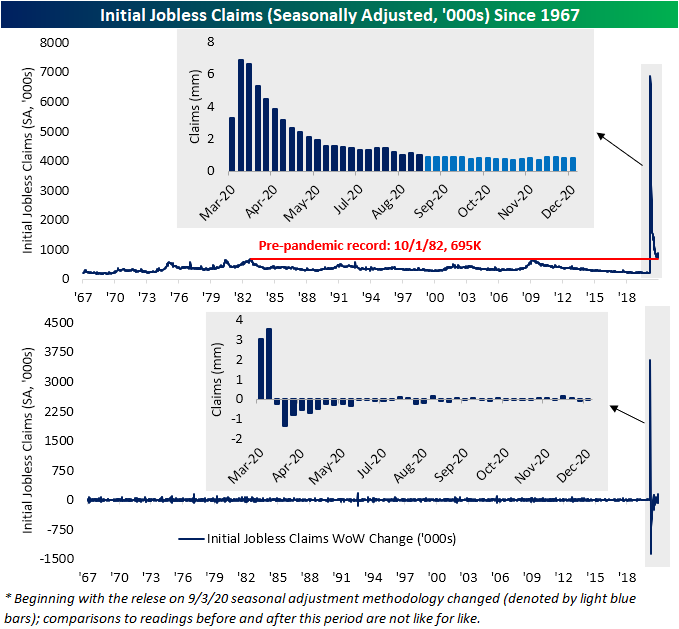 On a non-seasonally adjusted basis, this week similarly marked a solid improvement as claims fell from 872.8K down to 841.1K.  That was the third week in a row that the unadjusted number was lower, but claims by this measure too have much further to go until they are back to their post-pandemic low of 718.5K from the last week of November; over 100K below current levels. 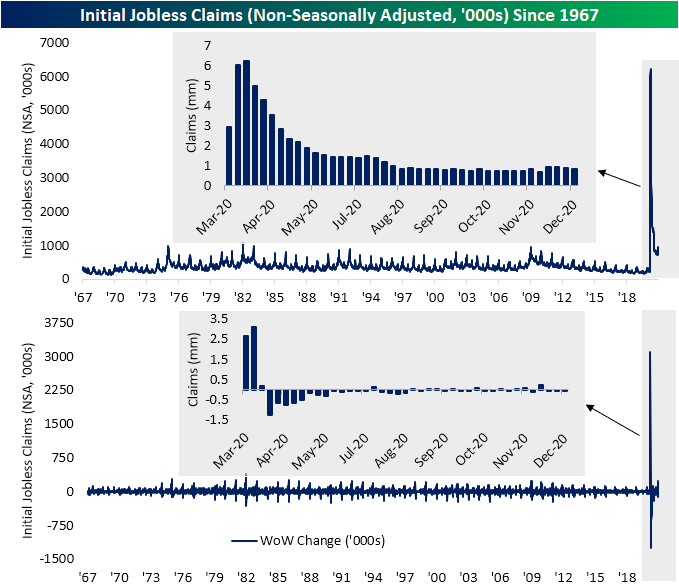 With the addition of other programs, namely Pandemic Unemployment Assistance (PUA) which extends jobless benefits to the likes of the self-employed and independent contractors, the picture is largely the same.  Total initial claims between regular state and PUA programs totaled 1.149 million this week, down from 1.27 million last week. Both programs drove those declines with the regular state program accounting for 31.7K of that decline and an even larger 88.7K decline coming from PUA claims.  Once again, while total claims between these programs have declined in back to back weeks, it is still off the past few months’ lows.  We would also note in regards to the PUA program, the original provisions in the CARES Act set the program to close to new applicants at the end of the year, but with the relief bill signed over the weekend, this program will be extended through March 14th.  The same also applies to the Pandemic Emergency Unemployment Compensation Program which adds another 13 weeks of payments to those who have exhausted regular state benefits. 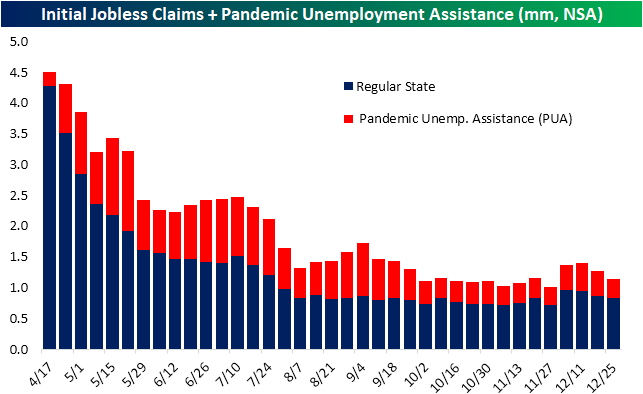 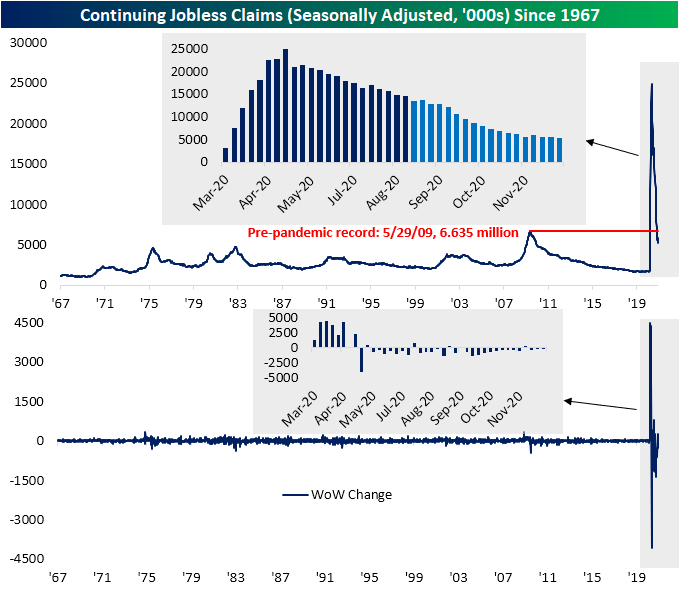 Including all programs for continuing claims adds another week’s lag to the data meaning the most recent week’s reading would be for December 11th. This more complete picture shows further broad declines in the number of people receiving jobless benefits. The total across all programs fell back below 20 million and sits just off the pandemic low of 19.077 million from the week of November 20th. Declines in the PUA program were the main driver dropping by more than 800K. Regular state claims experienced a much smaller 62.8K decline that same week.  As we have frequently made mention of in recent months, while overall claims have improved, extension programs account for a growing share of existing claims. In fact, in the most recent week’s data, 29% of all claims were for extension programs. That was up roughly 1.5 percentage points from the previous week and set a new high for the pandemic.  Some of that increased share is thanks to further declines in regular state and PUA programs. On the other hand, whereas PEUC claims were actually lower (-20.38K), a larger uptick in the Extended Benefits program (+89.83K) made up for the difference and added share of these types of programs. Click here to view Bespoke’s premium membership options for our best research available. 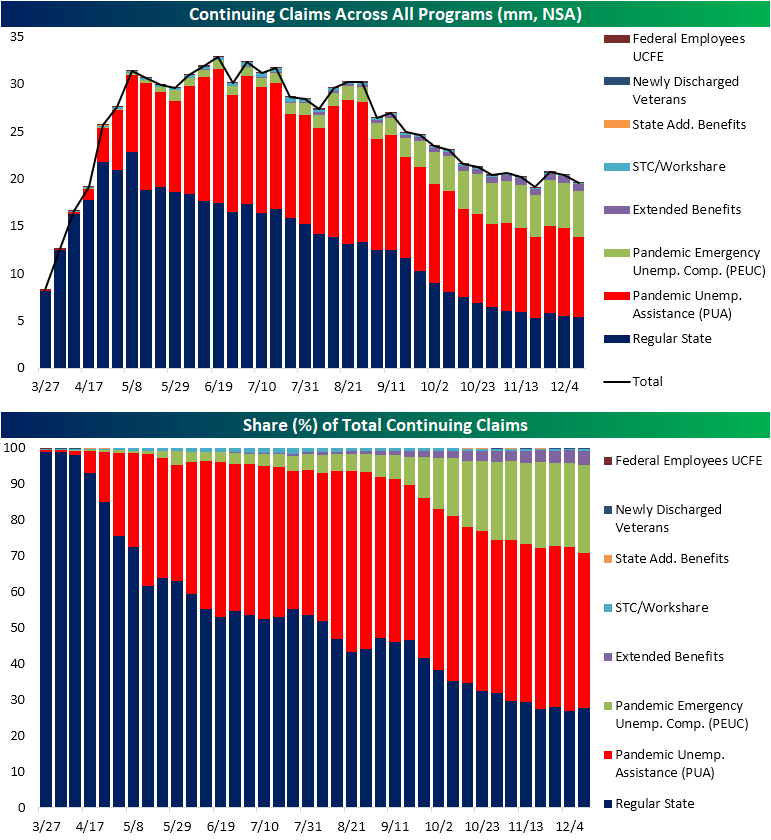