Claims Higher in Back to Back Weeks

Initial jobless claims (seasonally adjusted) rose from 1.422 million to 1.434 million this week. That marks the first time since the second half of March that seasonally adjusted jobless claims have risen week over week in back to back weeks.  While 16 weeks without back to back increases in jobless claims may sound like a very long streak, it is only the longest such streak since April of last year, and there were two other long streaks of 15 weeks and 12 weeks in between. On the bright side, this week’s reading of 1.434 million was better than forecasts for an increase to 1.445 million. Additionally, while claims continue to rise and print deep into the millions, this week’s increase of 12K was much more modest than the 114K increase last week. 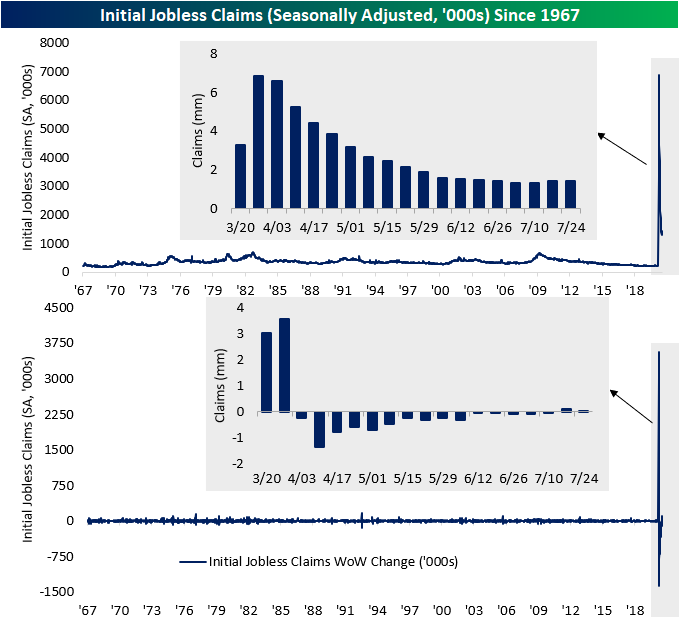 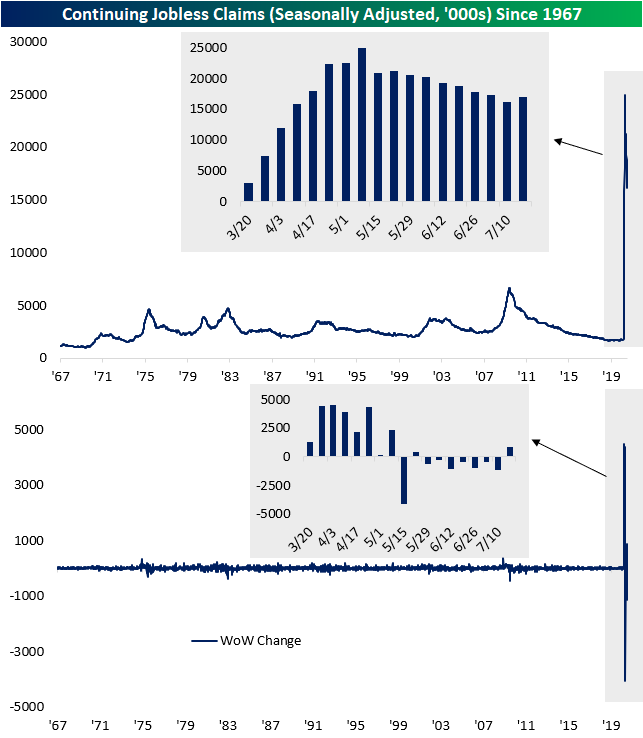 As we noted last week and was again the case this week, there is a divergence between the seasonally adjusted number which is rising, and the non-seasonally adjusted (NSA) number which is falling. As shown below, the massive upswing in claims in the spring that has persisted through the summer makes it somewhat hard to compare for seasonal patterns, but in the past few weeks, the data has risen and is now falling consistent with typical seasonal patterns for this time of year. In other words, as the seasonally adjusted data has deteriorated a bit in recent weeks, it is hard to distinguish if recent improvements in the unadjusted data are material improvements in the labor market or more a factor of seasonality. 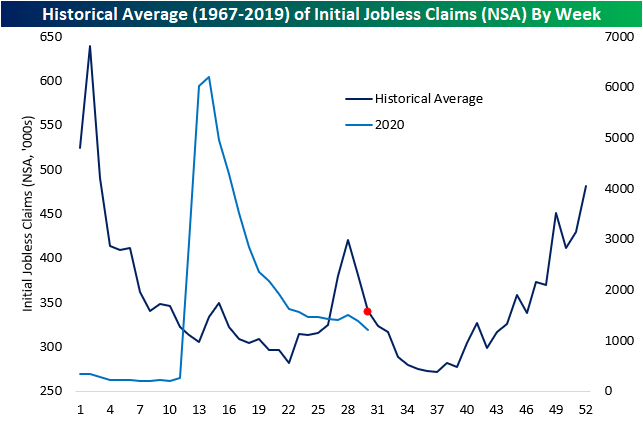 As such, NSA initial claims fell from 1.377 million down to 1.205 million this week.  That is the lowest level of jobless claims since the first reading above one million earlier in the pandemic in March. That was also the largest decline since the last week of May. 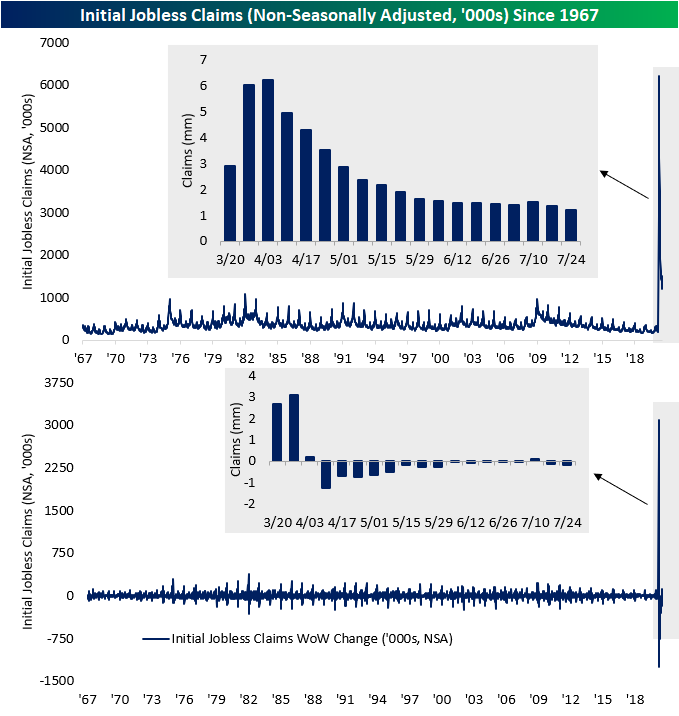 Factoring in Pandemic Unemployment Assistance (PUA) claims shows the same story.  Like the standard NSA number, PUA claims have fallen for a third straight week totaling 0.83 million and bringing the grand total to 2.04 million. For PUA claims, this was the lowest initial claims print since the second week of June when PUA claims came in at 0.77 million.  Again, it is hard to distinguish how much of this improvement may be seasonality versus more concrete improvements in the data, but this is the lowest reading since PUA claims began to be tracked in April. 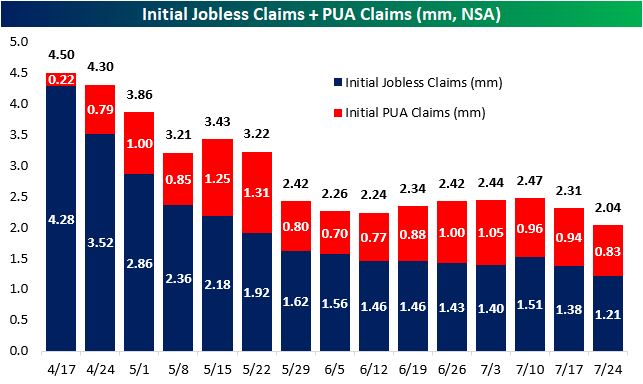 It is a similar story for continuing jobless claims (NSA) which are also down for a third straight week when including PUA claims (lagged an additional week to the already lagged continuing claims). PUA claims were at their lowest level since the first week of June, and total continuing claims are at their lowest since the last week of May. Click here to view Bespoke’s premium membership options for our best research available. 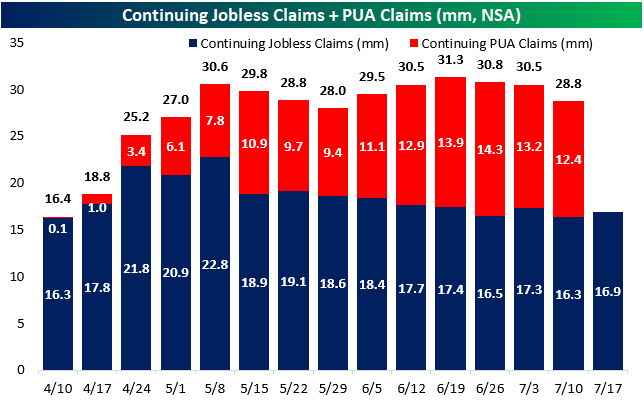