Last week, initial jobless claims fell for a fifth consecutive week reaching 204K (revised up to 205K this week) which was the lowest level since November.  As expected this week, claims rose off of these lows albeit by a less than expected amount. Initial jobless claims were expected to increase to 214K but instead only rose to 211K.  All in all, the picture claims are sending about the labor market is a healthy one.

Although seasonally adjusted claims were up this week, the four-week moving average has fallen further.  The moving average has fallen each of the past three weeks as the much higher readings from around Thanksgiving have rolled off the average.  This week’s print brings the average to 213.25K which is the lowest since the end of September. Additionally, that is a drop of over 20K from the recent peak of 233.5K in the final week of 2019. 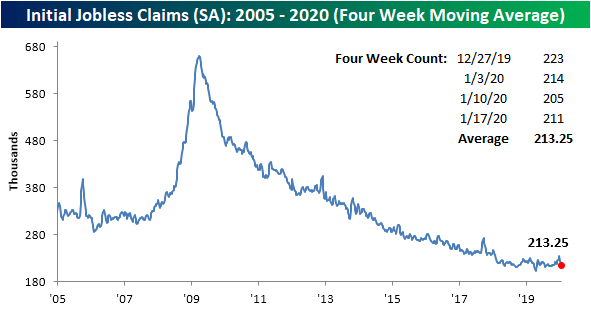 Non-seasonally adjusted jobless claims experienced a substantial decline of 71K this week as the indicator works off of its seasonal and annual peak that seems to have been put in place last week. Now at 267.6K, the indicator is still well below its average for the current week of the year since 2000. 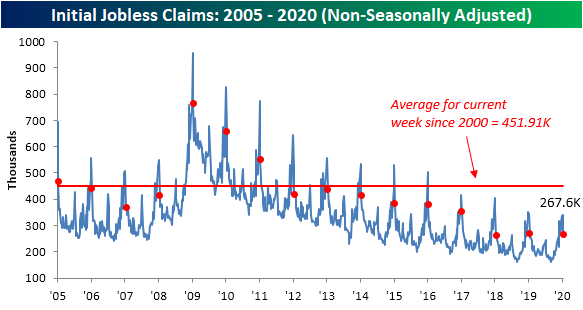 Again, the 71K week-over-week drop in the non-seasonally adjusted number may sound like a significant move, but the large size of that move can mostly be boiled down to seasonality.  In fact, since 2000 non-seasonally adjusted claims have averaged a decline of 147.9K in the third week of the year (current week).  No other week of the year comes even close in seeing this sort of move. 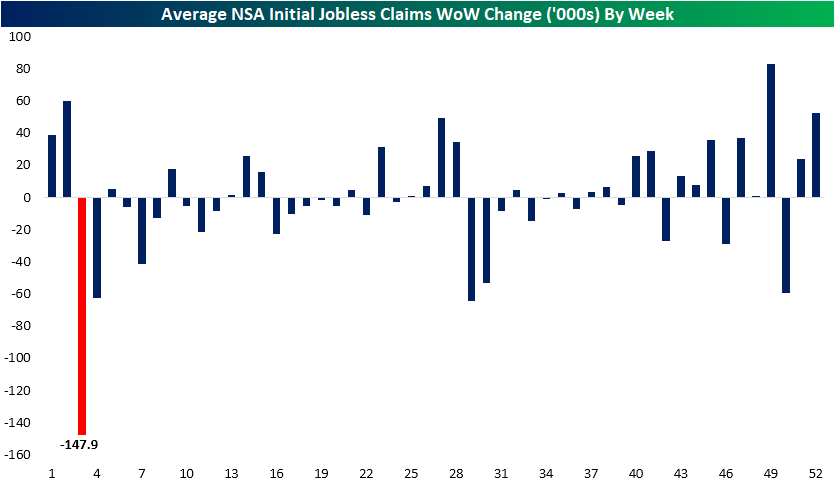