Adding ammunition to the hawkish tone out of the Fed, this week’s initial jobless claims number showed yet another decline to already impressively low levels.  Not only was last week’s reading revised down by 4K to 213K, but this week’s reading fell back below 200K. Now at 193K, claims are back to where they were in April after having fallen for six of the last seven weeks. With a drop back below 200K, claims have fallen back below the range from the couple of years prior to the pandemic. Outside of lows earlier this year, that would be some of the best levels for claims since 1969. 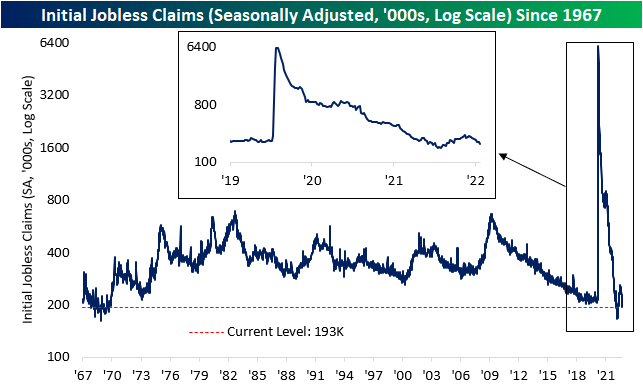 Before seasonal adjustment, it is an even equally impressive low.  For the comparable week of the year, this most recent reading of 156.1K was the lowest since 1969 and was only slightly above the seasonal low from a couple of weeks ago.  While it does not steal from how strong claims have been, we would note that the current week of the year does have some seasonal tailwinds with a decline roughly 70% of the time. 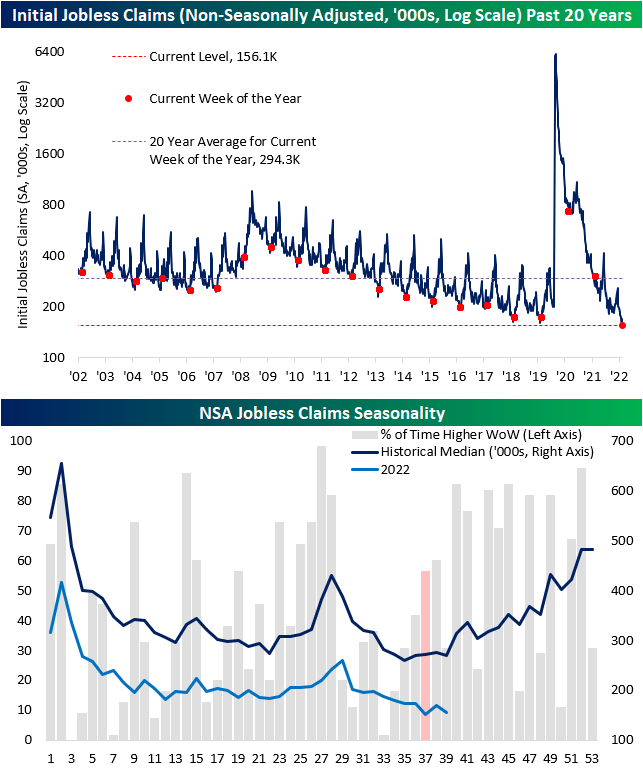 Continuing claims are lagged an additional week to initial claims making the most recent print through the week of September 16th.  Claims fell for the sixth consecutive week to reach 1.347 million, the lowest level since the first week of July. Click here to learn more about Bespoke’s premium stock market research service. 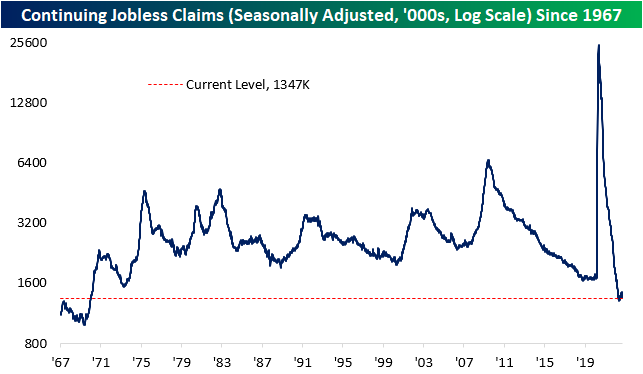