Claims Get Their Seasonal Bump

Seasonally adjusted initial jobless claims saw a substantial 43K decline this week down to not a 52-week but a 52-year low of 184K!  While that marked a new low, last week’s print was revised higher by 5K to 227K. 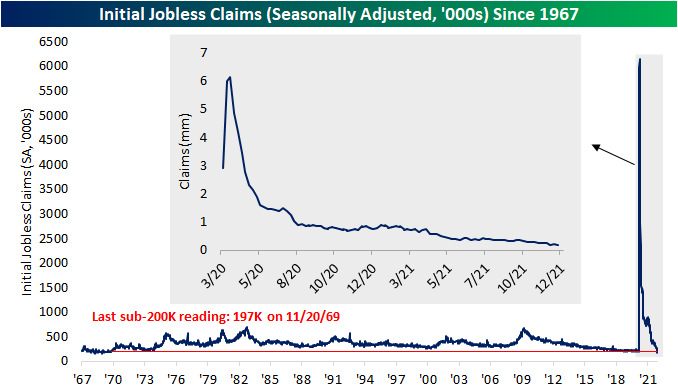 On a non-seasonally adjusted basis, claims were less impressive this week with a 63.7K increase to 280.7K.  That jump erased any of the improvements to claims since the end of September. 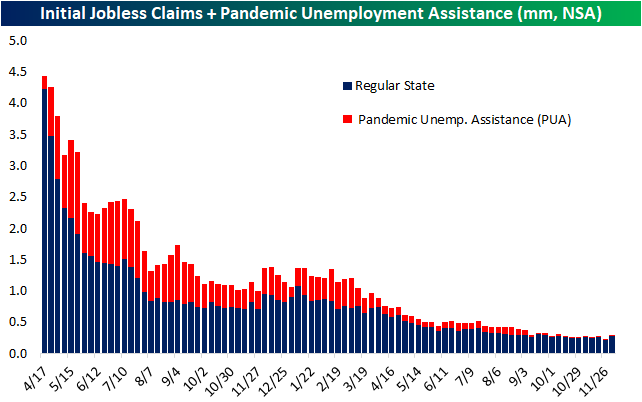 Although unadjusted claims have now erased the past couple of months of improvements, that is less alarming in the context of seasonality.  The current period of the year typically sees claims gradually rise into year-end. Up until this week, that seasonal trend has not exactly been consistent this year, though, as claims have generally trended sideways throughout the fall.  Turning back to this week, the current week of the year (49th) has historically seen claims rise week over week 81.5% of the time since 1967 and the average increase to claims is the second largest of any week of the year as well.  In other words, if there was a week for claims to play catch up to seasonal norms, it would have been this week. Furthermore, despite this week’s increase in NSA claims of just 64K, it was still below average. 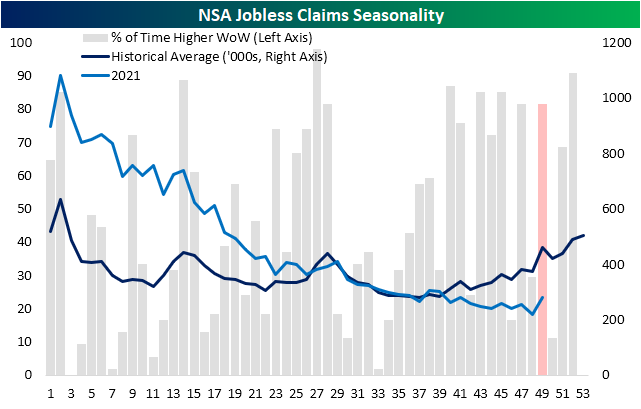 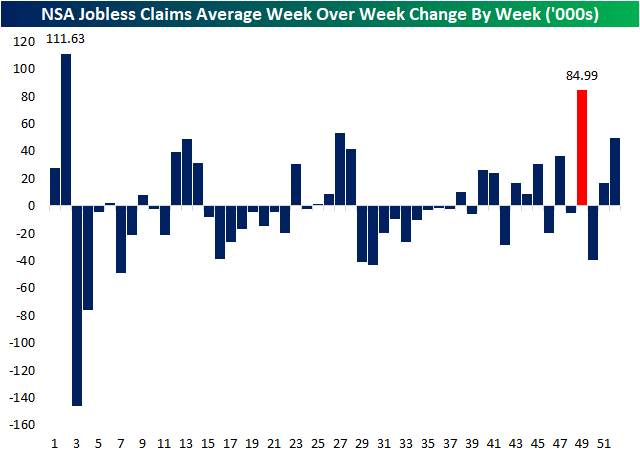 Pivoting over to continuing claims, there was a tick higher to 1.992 million this week from the low of 1.954 million last week.  Albeit higher, claims remain healthy below 2 million. 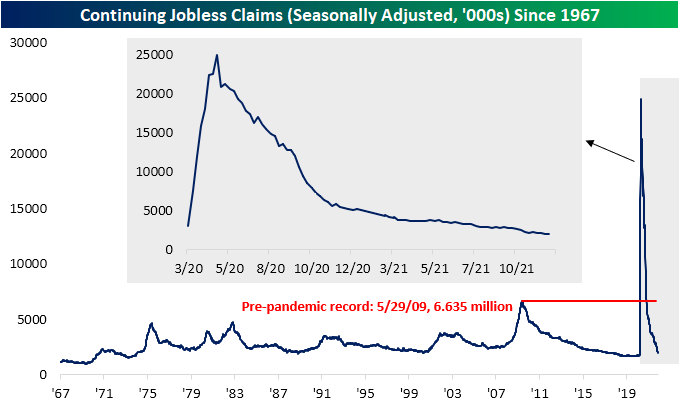 Unadjusted claims can include all other programs which are delayed an extra week making the most reading through the week of November 19th.  That week saw total claims fall below 2 million for the first time since the pandemic with broad declines across programs. Regular state claims—which are currently the vast majority of claims since the expiration of pandemic era programs—were the biggest contributor to that decline.  Pandemic programs still have a presence but that is dwindling with claim counts for PUA, PEUC, and Extended Benefit claims in the low 100K range. Click here to view Bespoke’s premium membership options. 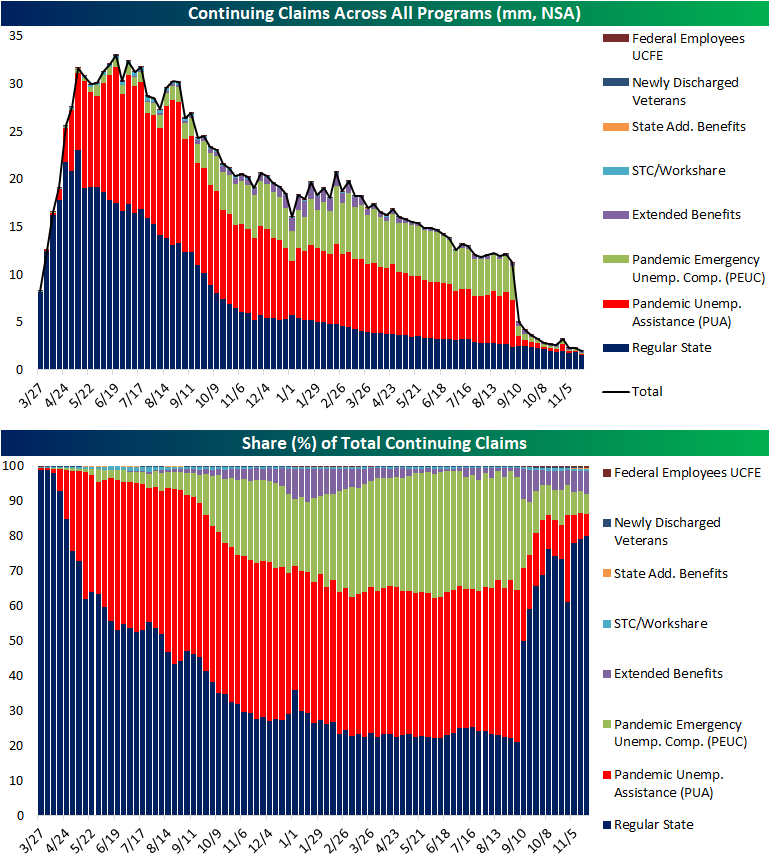