It was a busy morning of economic data with weekly jobless claims part of the onslaught of releases.  Overall, this week’s report was mixed. Last week’s reading on initial jobless claims was revised higher from 373K to 386K.  While this week’s number did mark an improvement falling to 360K, it was less than the expected decline to 350K. Regardless, that leaves claims at the lowest level of the pandemic and a little over 100K above the levels from last March; the last week before claims began to print in the millions. 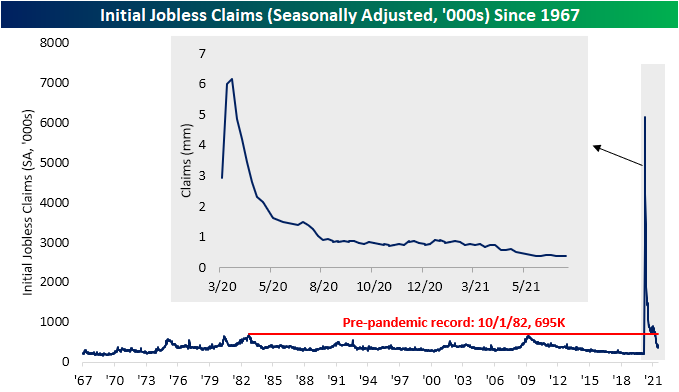 While the decline in the seasonally adjusted number marked an improvement, we would note that actual claims were flat which was better than you would expect for this time of year.  Early July historically has seen a seasonal headwind to claims, and as such, seasonal factors would have suggested a 26.5K increase this week. But on a non-seasonally adjusted basis, claims were actually little changed (up only 0.6K).  At 383.2K, unadjusted claims still sit 20K above the pandemic low of 362.9K from two weeks ago. PUA claims meanwhile fell back below 100K as the withdrawal of individual states from pandemic era programs continue to apply to the data. Overall, claims continue to show improvement albeit at a slower pace. 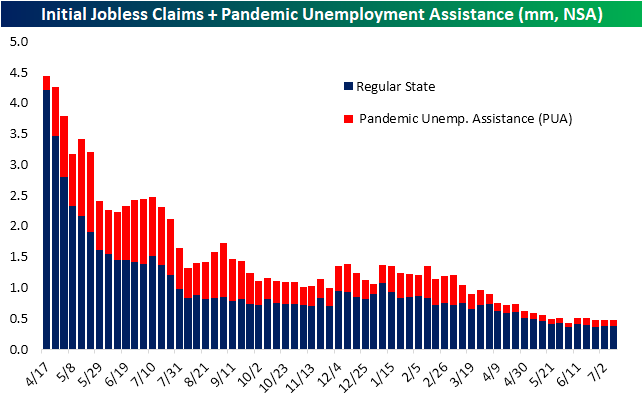 While initial claims were worse than expected, continuing claims fell by 126K versus the expected 67K decline.  Seasonally adjusted claims now are at 3.241 million which is the lowest level since last March. That also marked the first back-to-back decline since the first two weeks of April which was part of a much longer 14-week streak of declines. 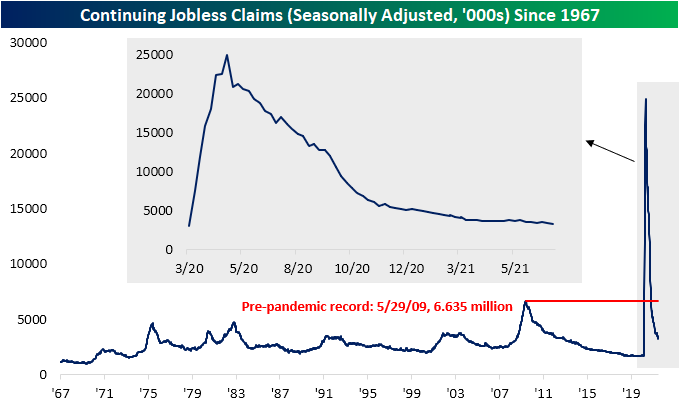 Pivoting back over to the unadjusted data, which includes all other auxiliary programs but creates an additional week of lag, the most recent week saw broad declines across all major programs resulting in total continuing claims to fall below 14 million.  The 372K decline this week also extended a streak of eight consecutive weeks of declines. As for the main drivers of that decline over the past couple of months, PUA and PEUC programs have by far been the biggest contributors, in part, due to the withdrawal of various states from the programs.  This week alone the two programs accounted for 90% of the decline, and over the previously mentioned eight-week span, the two programs account for 70% of the total decline.  Click here to view Bespoke’s premium membership options. 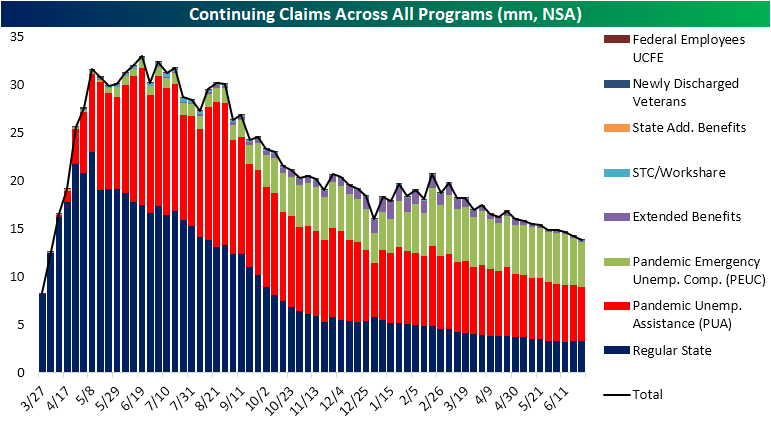 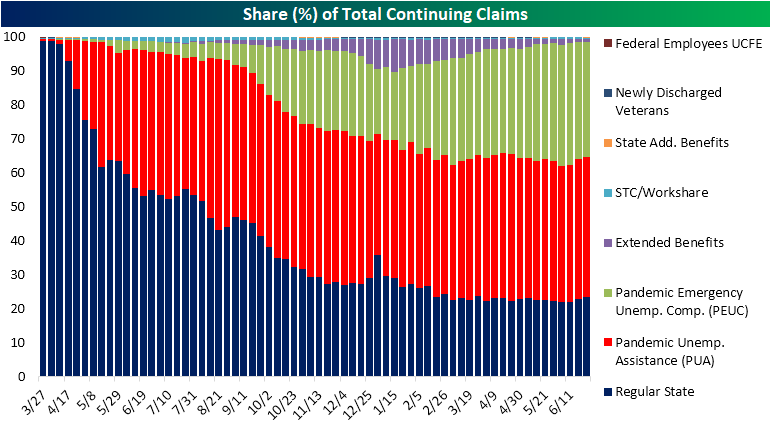