Weekly jobless claims have been a mixed bag over the past several weeks. Though they have been consistently declining to their lowest levels since the start of the pandemic, they still are well over a million and that is excluding other claims like Pandemic Unemployment Assistance (PUA). Additionally, continuing claims remain elevated at over 20 million this week.  This week was more of the same for initial jobless claims as they fell to 1.542 million; a tenth consecutive decline WoW which is the longest such streak on record. This week’s 355K decline was the largest WoW decline since 5/8 when they fell 489K. That brings the total number of initial jobless claims filed since the first over 1 million print in late March to over 44 million. 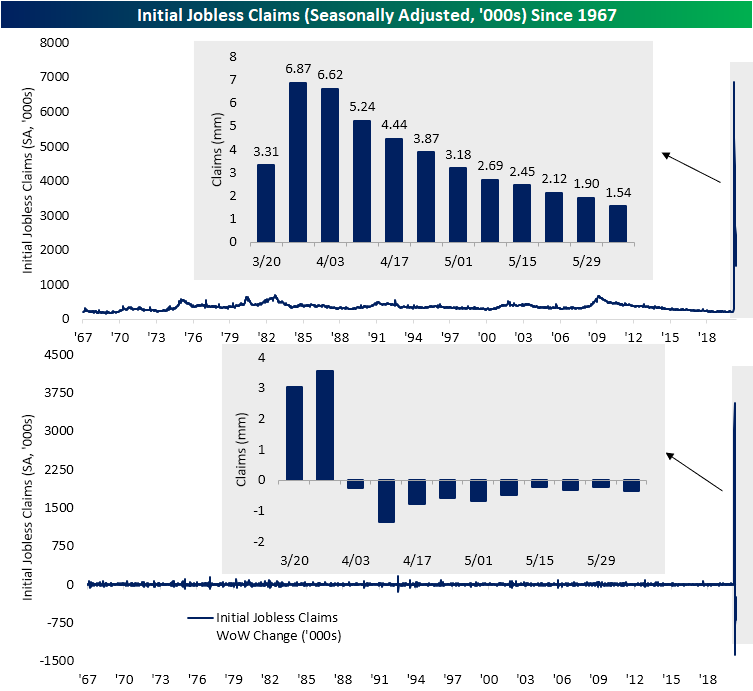 On top of being the lowest reading since late March and one of the larger WoW declines of the past couple of months, another positive of this week’s data was that it beat estimates.  That was the first time this has happened in six weeks. As shown below, there have been several other streaks that initial jobless claims missed expectations for at least six straight weeks since the early 1990s.  Only two of those streaks, one in 2009 and anther in 2010, came to an end at more than six weeks (seven and eight, respectively). This most recent streak was the first time claims missed that often since 2013. 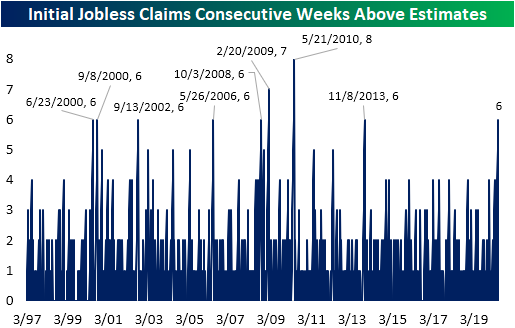 As for the non-seasonally adjusted number, this week’s decline to 1.54 million was much more muted at only 82.9K.  That still leaves claims at their lowest levels since the first print over 1 million and a ninth consecutive week with NSA claims lower. But this was also the smallest improvement for any week since claims began to work off their peak. Click here to view Bespoke’s premium membership options for our best research available. 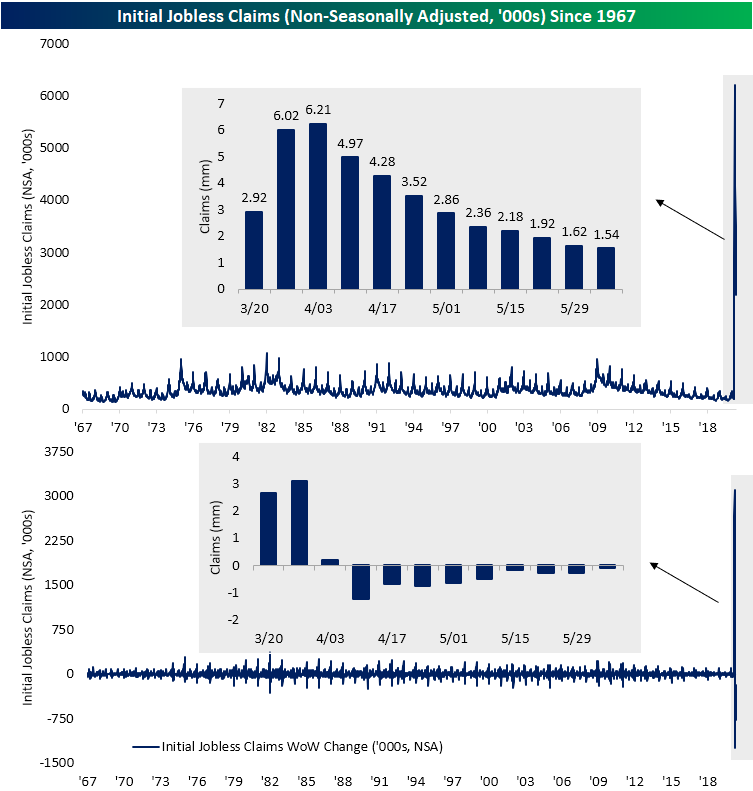