Claims Drop But Were the Holidays Helping?

Initial jobless claims posted another low reading in the latest print, with national seasonally adjusted claims totaling only 205K.  That was down slightly from 206K the previous week; a number revised up by 2K. After that revision, this week’s reading was the strongest showing for claims since the end of September. 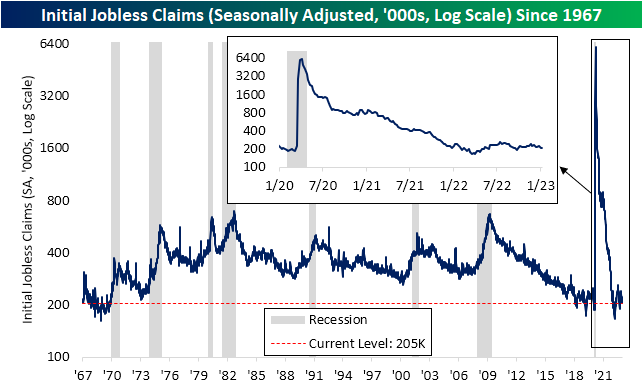 Before seasonal adjustment, claims were considerably higher at 339.29K.  At the end of the year and in the first weeks of a new year, claims tend to experience a significant seasonal increase which appears to be playing out in the current environment. This year’s reading is in line with the comparable weeks of the few years prior to the pandemic. As we also noted last week, this time of year tends to see the largest revisions in claims as well. In other words, from a seasonal perspective, claims can be a bit volatile in terms of actual levels and revised levels. So while the seasonally adjusted reading was solid and the non-seasonally adjusted number is nothing too concerning, the next several weeks will likely provide a clearer reading on how claims are trending. 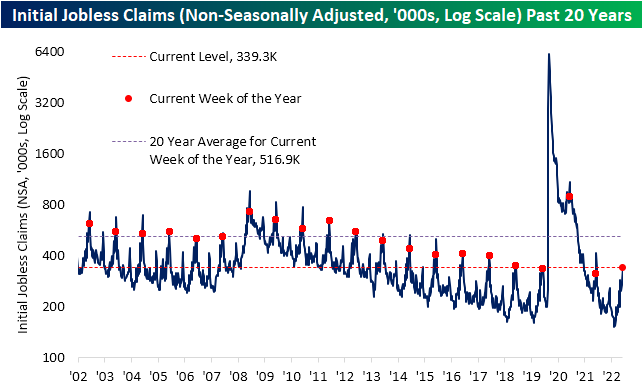 Turning to continuing claims, this week’s print covered the final week of 2022.  Like initial claims, the end of the year saw declines in continuing claims with the latest reading falling to a low of 1.634 million; the strongest level since the week of November 19th.  Although that is a solid improvement following multiple months of claims rising rapidly, similary to initial claims, more weeks of data will help to provide a clearer picture given the effects of seasonality during the holidays. 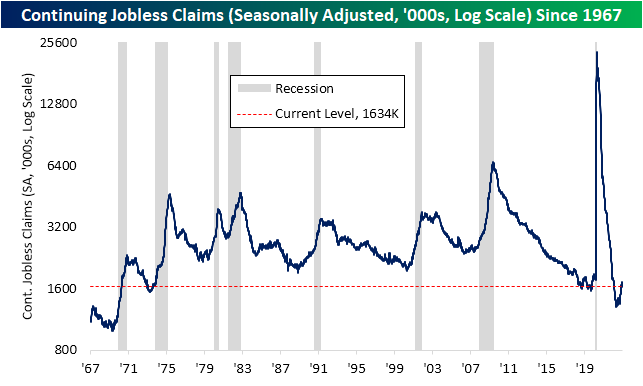 We would also note, that although the drop in claims over the past two weeks has only put a small dent in the recent rise in claims, the 4.89% decline is historically large.  That drop impressively ranks in the bottom 3% of all 2-week moves on record.    Click here to learn more about Bespoke’s premium stock market research service. 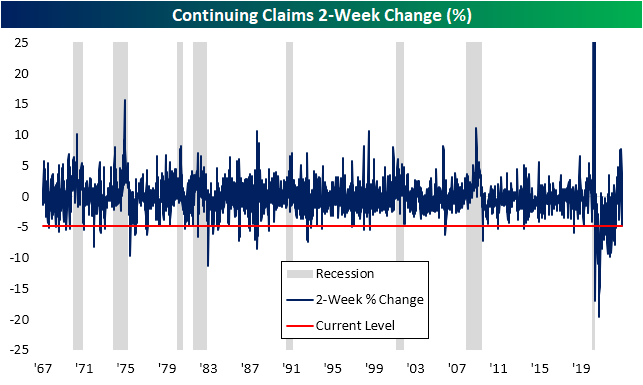