Another week, another pandemic low for jobless claims with the seasonally adjusted initial reading falling to 269K.  That compares to an upward revision to 283K last week and expectations of a decline to only 278K. At current levels, initial claims are now only y 13K above the levels the week of March 13, 2020; the last week before claims began to print in the millions. 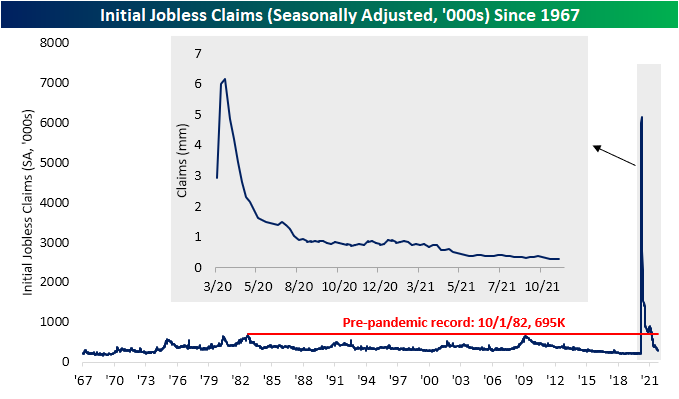 On a non-seasonally adjusted basis, claims are also only slightly above those March 2020 levels falling another 7K to 240.2K this week.  With the expiration of the program now in the rearview, PUA claims are down to negligible levels and are continuing to come in lower with this week only showing 2.2K claims. 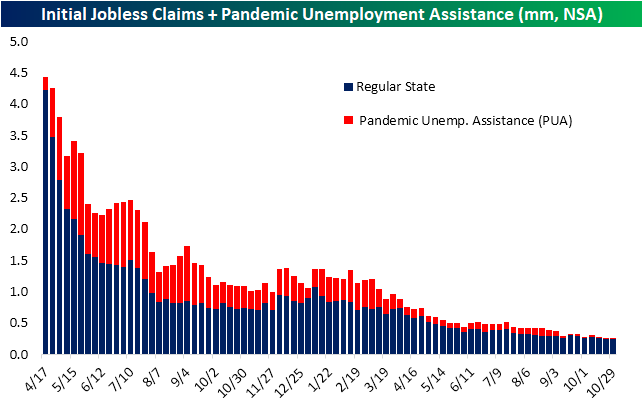 When it comes to the unadjusted number, last week marked a third consecutive week of lower claims, and that is in the context of a longer stretch of declines.  From the week of July 23rd to the end of October, there were only two weeks in which non-seasonally adjusted claims were higher week over week: September 17th and October 8th.  While claims typically decline in late Summer, the continued declines into the fall are certainly unusual from a seasonal perspective.  As shown below, from around the time of Labor Day through the end of the year, claims have historically seen a gradual move higher. But rapidly coming off of historic levels from the pandemic, that has not been the case in 2021 as this fall has seen a divergence from seasonal patterns. 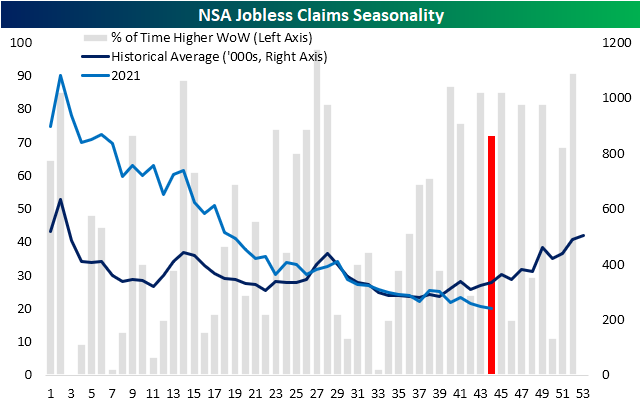 Continuing claims have also continued to decline hitting pandemic lows.  At 2.105 million through the week of October 22nd, claims are a few hundred thousand above the March 13, 2020 level of 1.784 million. 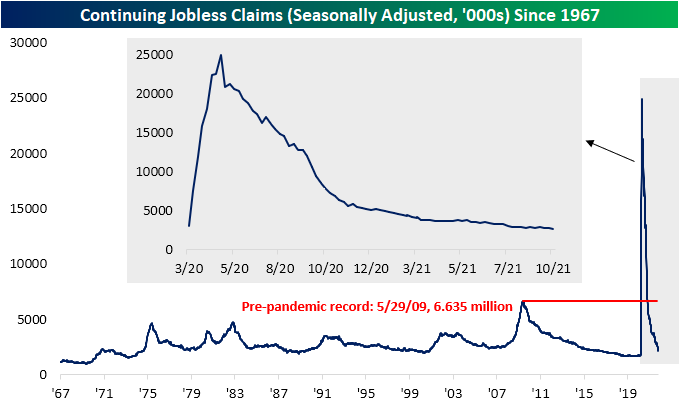 On a nonseasonally adjusted basis, regular state claims came in below 2 million for a second week in a row which hasn’t happened since December 2019. Additionally, at 1.889 million, claims are at the lowest level since December 2019. Factoring all other programs creates an additional week of lag making the most recent data through October 15th. Total unadjusted claims as of that week set another low of 2.68 million, down 159K from the prior week. Regular state claims were the main driver of that decline as PUA and Extended Benefits programs actually saw modest upticks. For PUA claims, that was the first higher reading on a week over week basis since the official expiration of the program in the first week of September, and it was the first uptick in the Extended Benefits program in five weeks. While that indicates a modest reversal of recent trends, it will likely prove to only be temporary as those programs are not supported to the same extent as they used to be.   Click here to view Bespoke’s premium membership options. 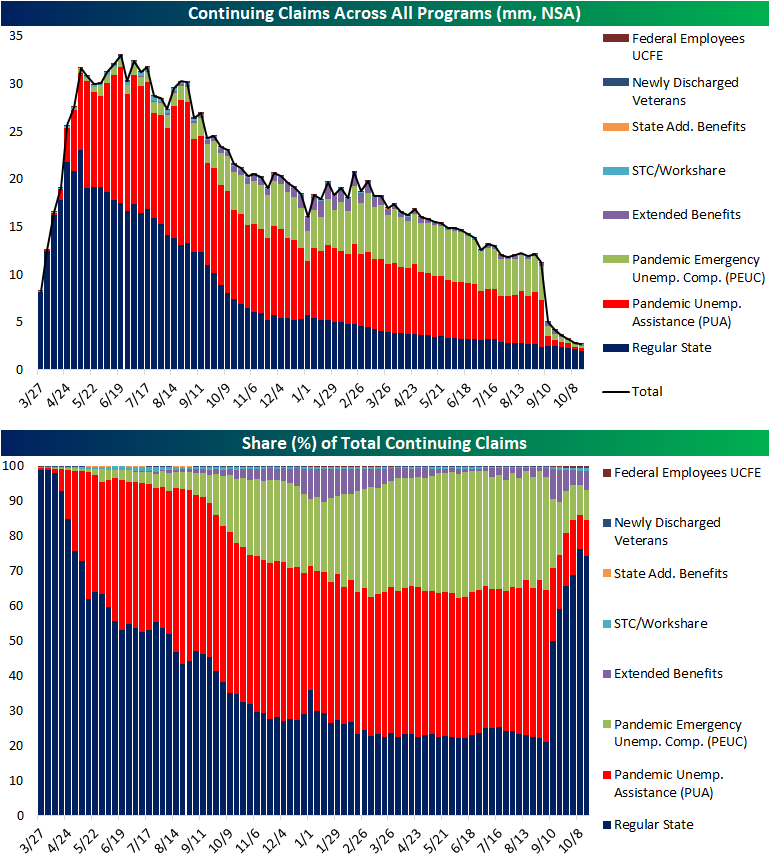