Last week, jobless claims saw a significant one-week uptick off the pandemic lows, and while claims are still elevated around some of the highest levels since mid-May, there was an improvement this week with a 7K decline to 411K. Granted, that also did not live up to expectations of a decline back down to 380K which would have been just 6K above the pandemic low. 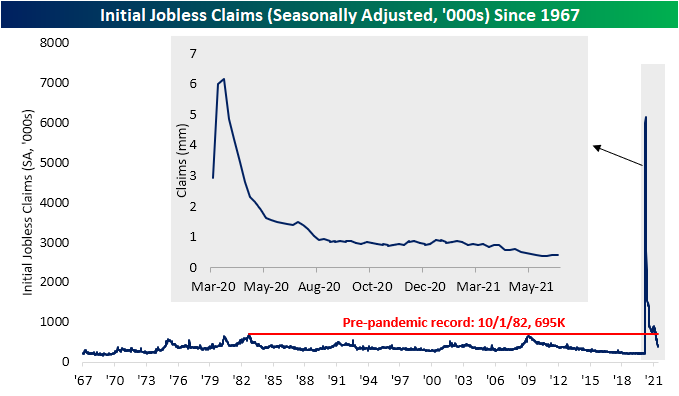 On a non-seasonally adjusted basis, claims through regular state programs actually came in below 400K falling 14.7K to 393.1K. A sequential decline in the non-seasonally adjusted number for the current week of the year is somewhat unusual as this reading on jobless claims has historically risen two-thirds of the time.  While regular state claims were lower, claims through the Pandemic Unemployment Assistance (PUA) program were higher. The past several weeks have seen steady improvements in PUA claim counts with a low of 71.2K at the beginning of the month, but after rising for two straight weeks now, it is back above 100K for the first time since the first week of May. 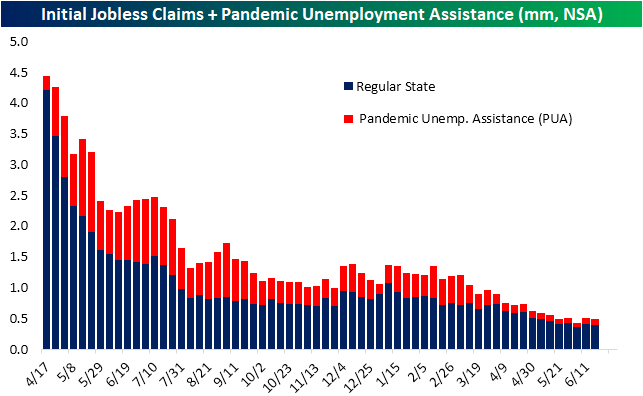 Since the last week of April, continuing jobless claims have been pretty choppy with every other week seeing a rise in claims.  Granted, the weeks in between in which claims have fallen have seen larger declines than the previous week’s increase. This week was yet another example of this as claims fell 144K to erase last week’s 17K uptick which brought claims to a new pandemic low of 3.39 million.  In other words, continuing claims are not improving in as consistent of a manner as they did for most of the past year, but nonetheless, they have continued to improve. 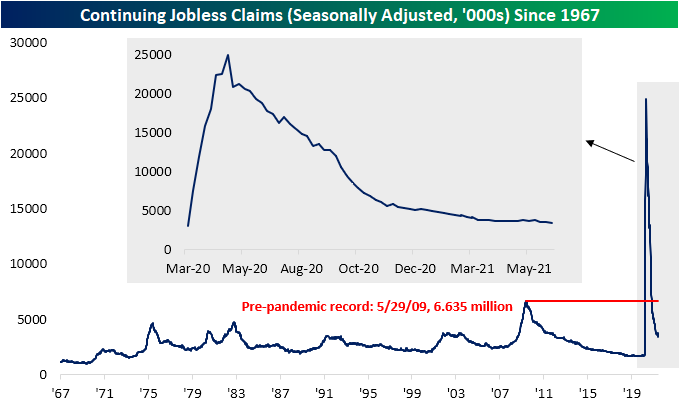 When including other programs on top of regular state claims, the improvements have been more consistent, but the most recent week (June 4th) did see a small uptick in total claims from 14.866K to 14.871K.  In the charts below we show continuing claim counts (non-seasonally adjusted) for all programs. This data is lagged an additional week to the most recent release of claims for regular state programs, but the overall trend continues to be one of improvement. While total claims were higher, the PUA program did experience a large 175K decline, although that was offset by a 107.9K uptick in PEUC claims and a 97.7K increase in Extended Benefits.  We would also note, as we did last week, that this is the last week of data before half of the states began to withdraw from pandemic era unemployment relief. that means data in the weeks to come is likely to see overall claim counts fall on account of fewer states reporting for certain programs.  Click here to view Bespoke’s premium membership options. 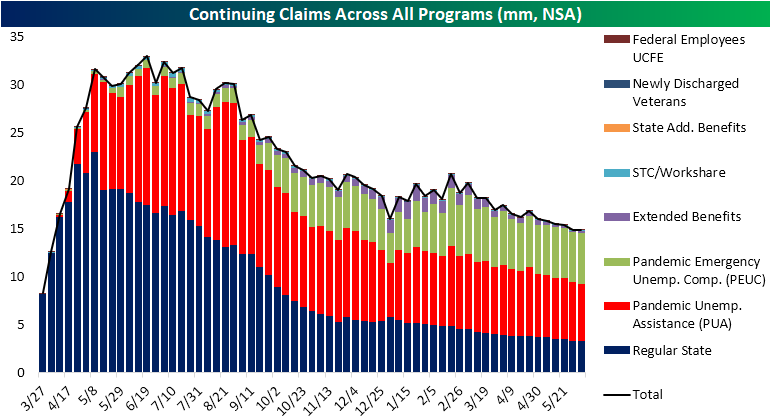 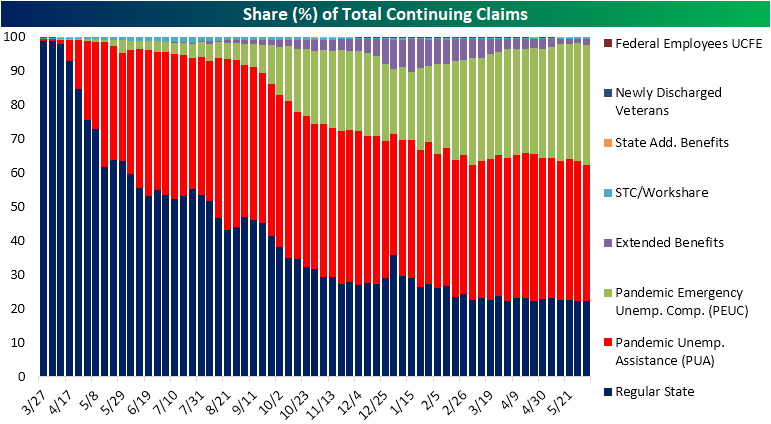