After drifting higher throughout September, seasonally adjusted jobless claims finally saw an improvement this week.  Not only did claims drop for the first time since the beginning of September, but the 38K decline from last week’s 2K upwardly revised number exceeded expectations of a 16K decline.  Now at 326K, claims are at the second-lowest level of the pandemic behind the September 3rd reading of 312K. 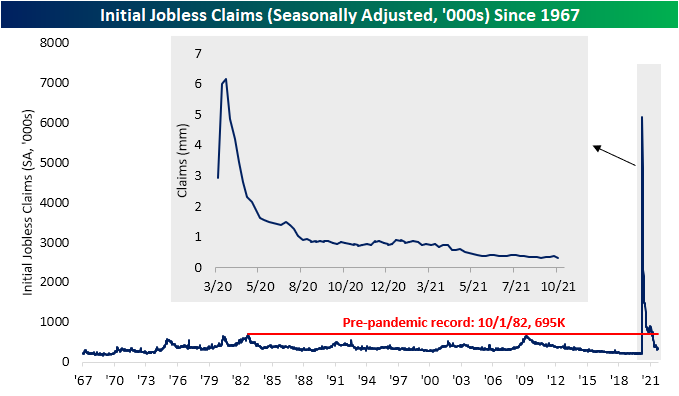 On an unadjusted basis, claims were significantly lower.  The non-seasonally adjusted number fell 41.4K to 258.9K.  That set a new low for the pandemic and the week over week drop was the largest in ten weeks. With the expiration of pandemic era programs, PUA claims continue to account for an increasingly inconsequential share of initial claims. 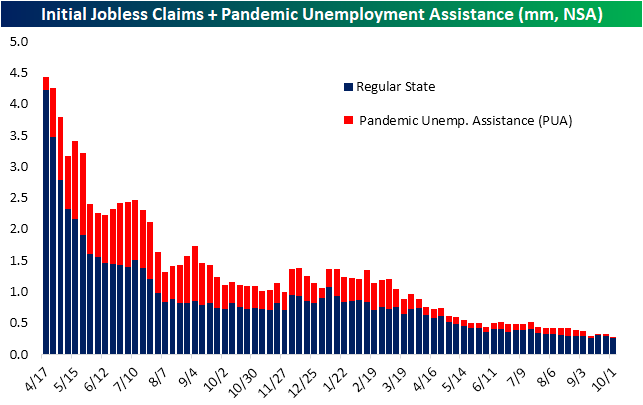 We would also note that the large decline in regular state claims goes completely against the usual seasonal pattern for the current week of the year.  The 40th week of the year has historically seen claims rise WoW 87% of the time.  In fact, that ranks as fourth highest in terms of the week of the year that most consistently have seen claims move higher week over week. In other words, the decline this week was strong enough to totally outpace any seasonal headwind. 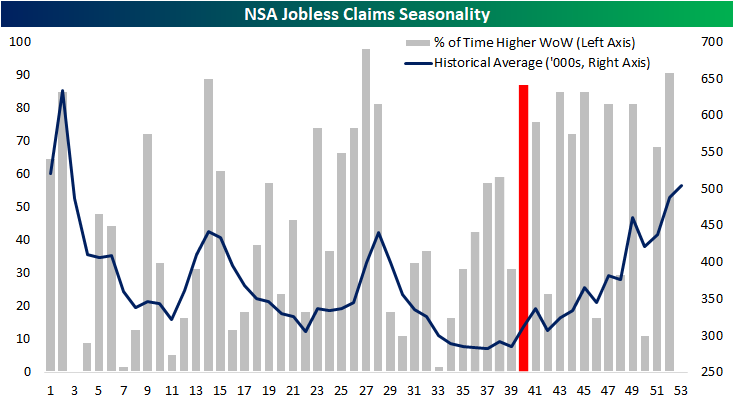 Continuing jobless claims also came in below expectations this week. Regular state continuing claims through the week of September 25th fell to 2.714 million from the prior week’s 9K upwardly revised reading of 2.811 million.  That makes for the lowest level of claims since March 2020 when claims were less than 1 million lower than current levels. 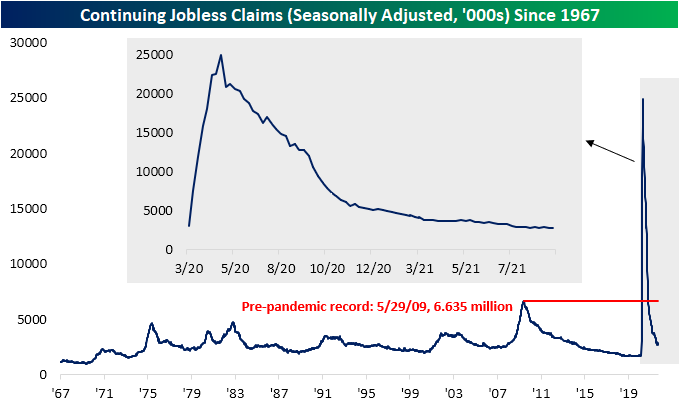 Including all other programs creates an additional week of lag making the most recent data through September 17th; the second week after the expiration of pandemic era programs’ expiration. Once again, the unwind in programs like PUA and PEUC drove the aggregate decline. Those two programs accounted for a combined 772.56K decline.  Since the last week of August, these two programs together have seen claims fall by over 8 million. Those declines on top of nearly every other program also shedding claims means total continuing claims fell to a new low of 4.18 million; roughly a third of the level at the end of August.  Click here to view Bespoke’s premium membership options. 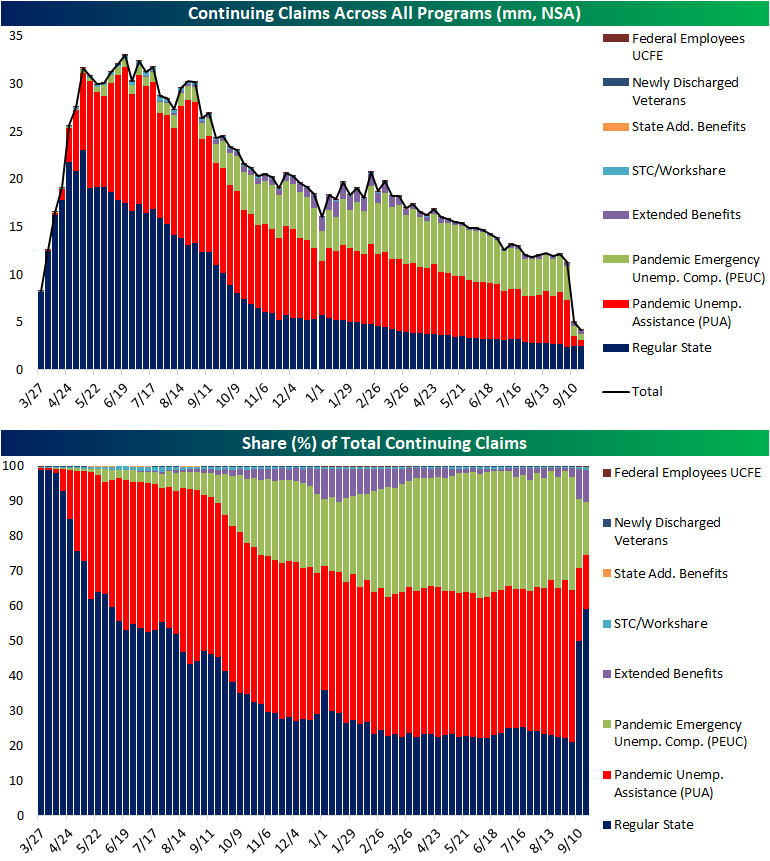