Just two weeks ago, initial jobless claims came in at one of the highest readings in recent years at 252K.  In the two weeks since then, claims have moderated, returning to levels that are more in line with where they have been in the past year. This week, claims were expected to fall to 220K, instead, they came in slightly worse at 222K this week from 235K last week. 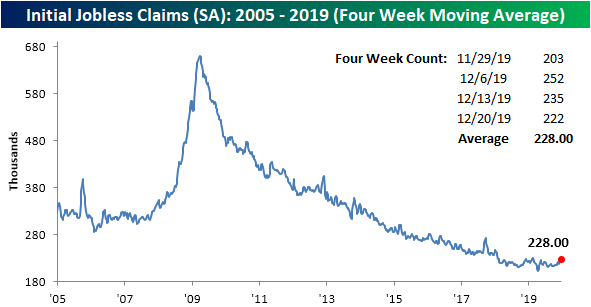 As is the seasonal norm, non-seasonally adjusted claims rose this week to 284.8K from 270.4K last week.  This time of year typically sees claims increases until their annual peak which usually occurs in the first couple of weeks of the new year. Start a two-week free trial to Bespoke Institutional to access our interactive economic indicators monitor and much more. 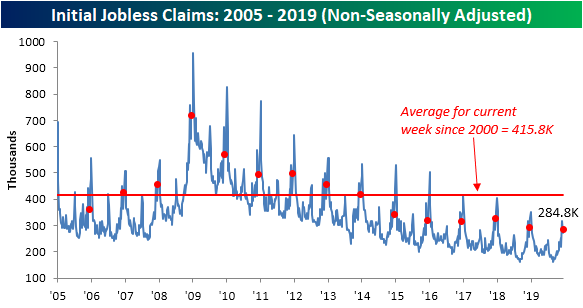