For the seventh week in a row, jobless claims have been falling coming in at 2.438 million which was above forecasts of 2.4 million. This week’s 2.438 million number is the lowest claims data point since the first spike in March. That is certainly a positive as those declines are a sign of improvement, but claims also continue to print at much higher levels than anything observed prior to COVID-19 as the running total since the first print over one million in March now stands at 38.6 million. That is roughly 11.8% of the US population or 23.5% of the labor force. 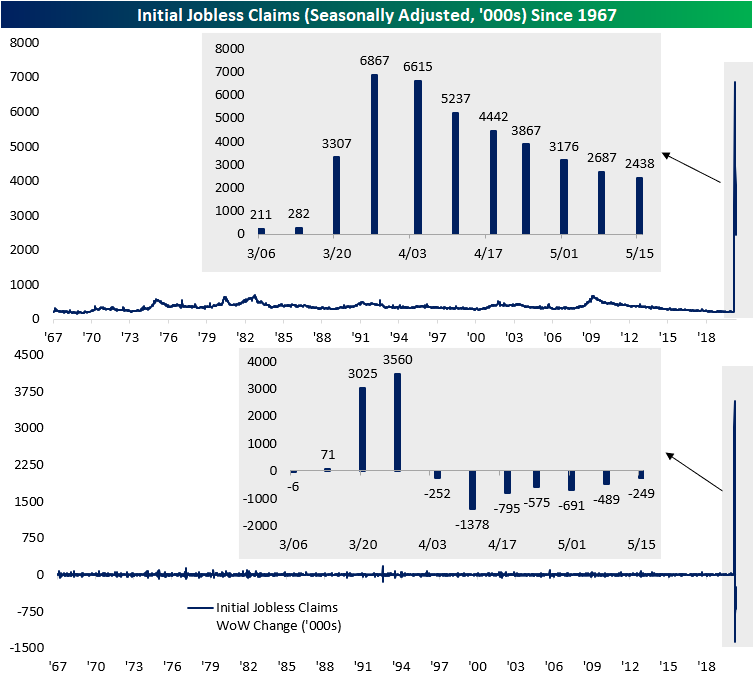 As previously mentioned, this was the seventh consecutive week in which jobless claims declined week over week.  As shown in the chart below that is an unprecedented streak.  In the data going back to the late 1960s, there have only been two other stretches of seven weeks of declines: one ending in October of 1980 and another ending in November of 2013.  Given jobless claims are at such extremely high levels and have very far to fall until they return to normal, this streak certainly could keep growing. 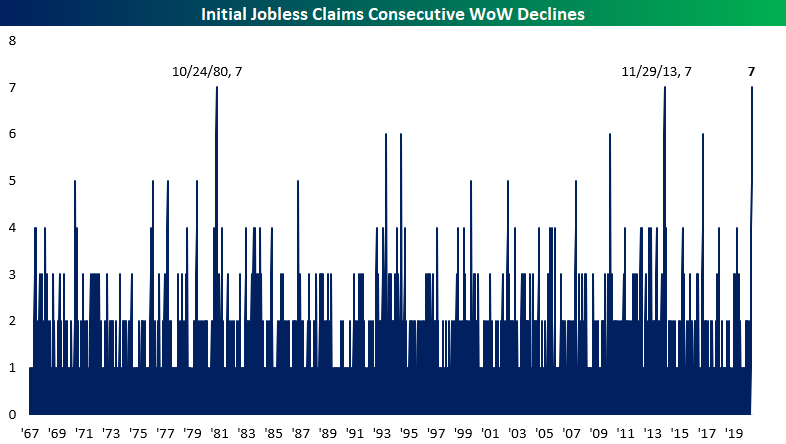 As for the non-seasonally adjusted data, this was only the sixth consecutive week with a decline, but this week’s 2.174 million number, as with the seasonally adjusted number, is also the lowest print since the first of the extreme readings in March. 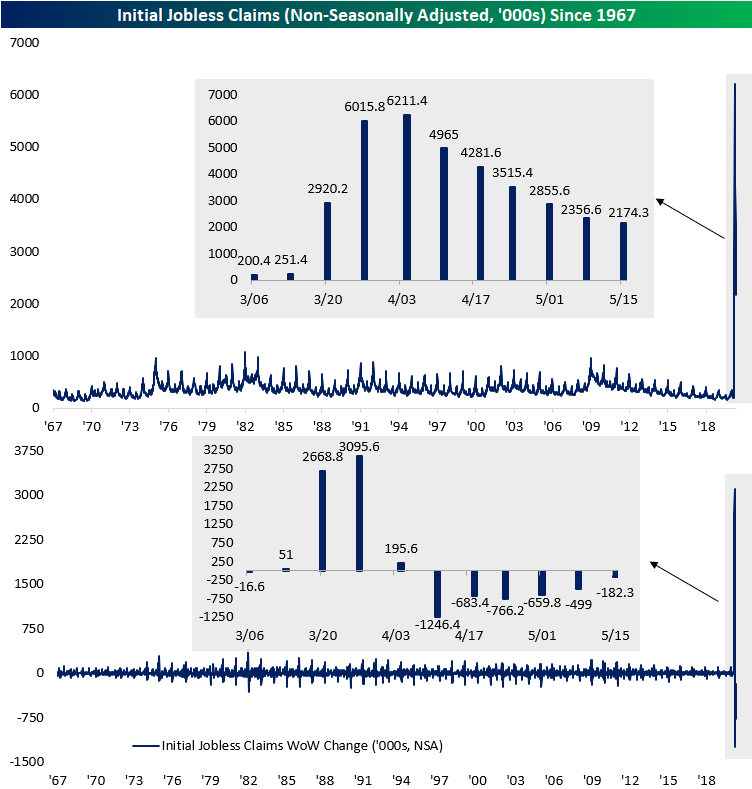 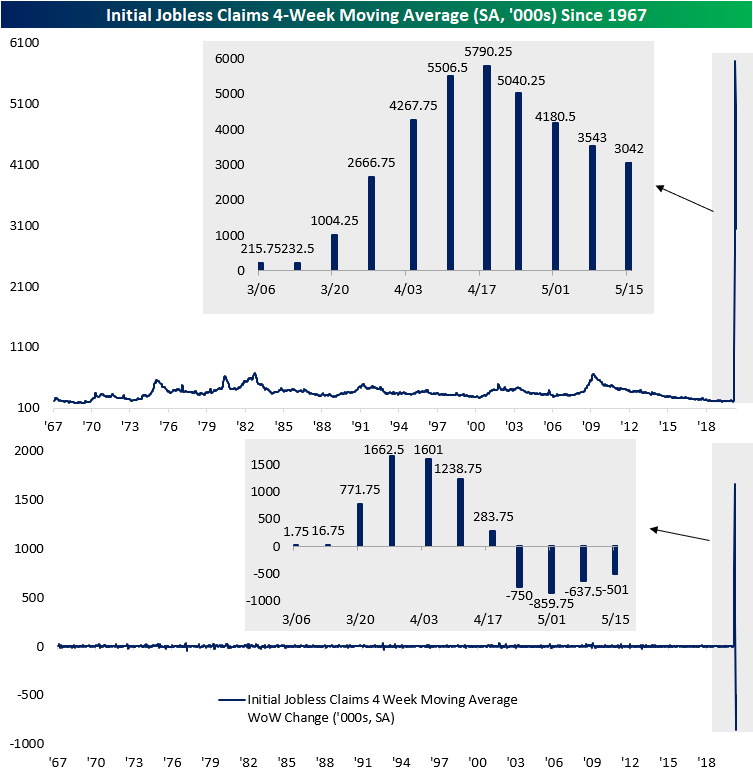 Again while initial jobless claims have been improving in recent weeks, a massive number of people in the US remain unemployed. Although lagged one week to initial jobless claims, continuing jobless claims came in at a record 25.073 million this week. Start a two-week free trial to Bespoke Institutional to access our interactive economic indicators monitor and much more.