Initial jobless claims were forecast to drop slightly this week from 217K to 215K. Instead, this morning’s release was much better than expected falling to 202K.  That is the biggest one-week decline since mid-December’s 17K decline as the indicator now sits at its lowest level since April’s cycle and half-century low of 193K. 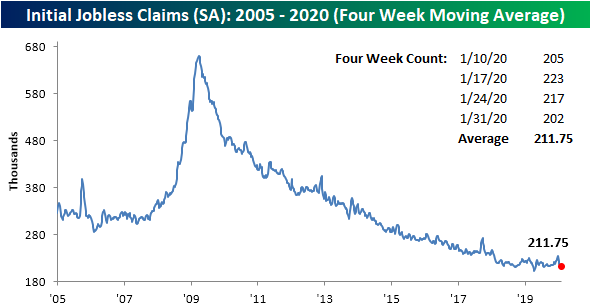 As mentioned above, seasonally adjusted jobless claims are now just off of their cycle lows in terms of both the level of the data and the moving average.  That is a welcome sign considering it has been quite some time, 42 weeks to be exact, since the data has last put in a cycle low.  That is the joint longest streak—alongside another 42 week long streak in 2015—since the 44 week long streak that came to a close on July 11th of 2014. As for the 4-week moving average, the current 42-week run is tied with a streak that ended in December of 2012 for the longest streak of the current cycle without a new cycle low. 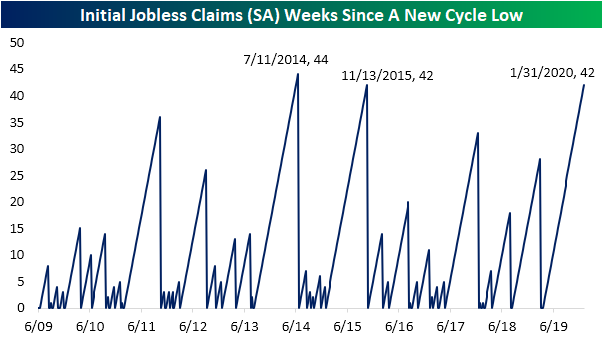 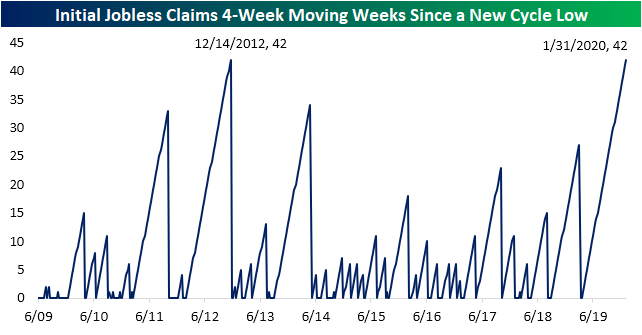 The non-seasonal adjusted data has been similarly strong as it works through its seasonal downdraft.  Non-adjusted claims fell to 224.4K this week, which is well below the average for the current week of the year since 2000 of 380.32K in addition to the comparable weeks of the past few years.  Start a two-week free trial to Bespoke Institutional to access our interactive economic indicators monitor and much more. 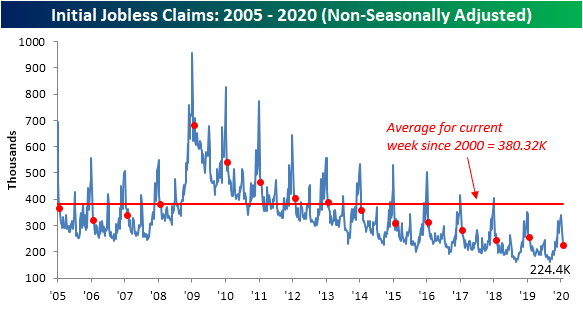