Seasonally adjusted initial jobless claims came in well above expectations today rising from 202K to 229K. Only an increase of 4K had been penciled in by economist forecasts. Although that increase brings claims up to the highest level in about six months, looking back historically it is still within the range of readings in the few years prior to the pandemic and that is also well below the typical readings for much of the history of the data. 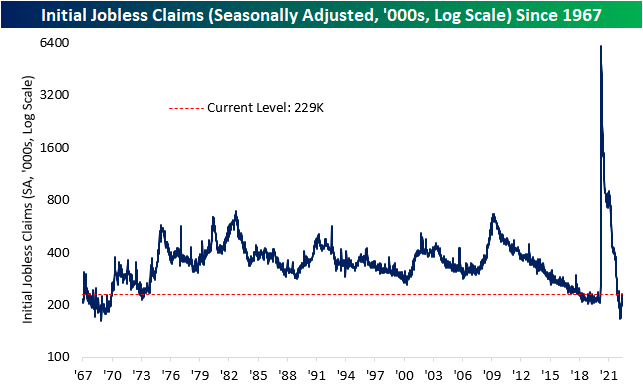 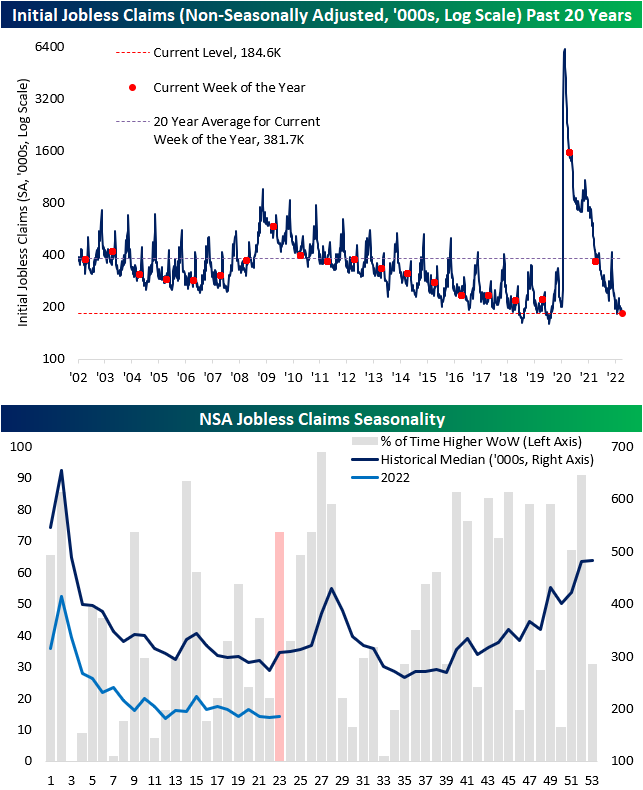 Taking another look at the effects of seasonal adjustment, below we show the current series for seasonally adjusted and unadjusted claims as well as the adjusted numbers but using 2019 seasonal factoring (essentially removing any impacts on seasonal adjustment of the outlier-like high readings of the pandemic). While there are some minor discrepancies like how the current series had been understating claims relative to 2019 factoring earlier this year and the 2019 factoring was much more volatile around the holidays last year, overall the adjusted series have tracked one another well indicating that the extremely elevated readings of 2020 and 2021 have not had a major impact in undermining the effectiveness of seasonal factoring. 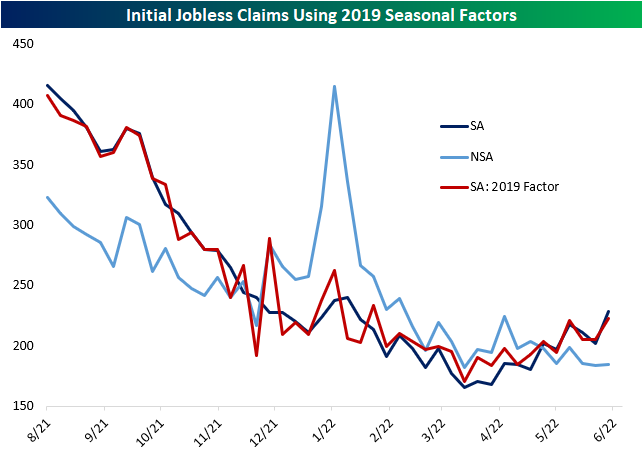 As the unadjusted initial claims number saw little change, continuing claims—lagged an additional week to the initial claims number— were unchanged week over week. Remaining at 1.306 million, it continues to be the strongest reading in several decades. Click here to learn more about Bespoke’s premium stock market research service. 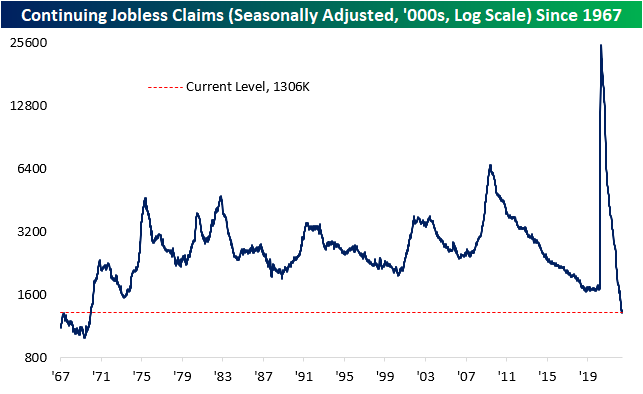