Claims Back to the Lows

After two weeks of upticks, initial jobless claims saw some good news this week ahead of the Nonfarm Payrolls number on Friday. Claims experienced a sizeable decline falling 75K from last week’s upwardly revised reading of 787K. A decline had been expected with forecasts calling for a drop to 775K. Instead, the decline was much larger as claims came in at 712K.  That is just 1K above the pandemic low from the first week of November. Although it is still a historically high reading, claims have continued to get closer to moving below the pre-pandemic record high of 695K from October of 1982. 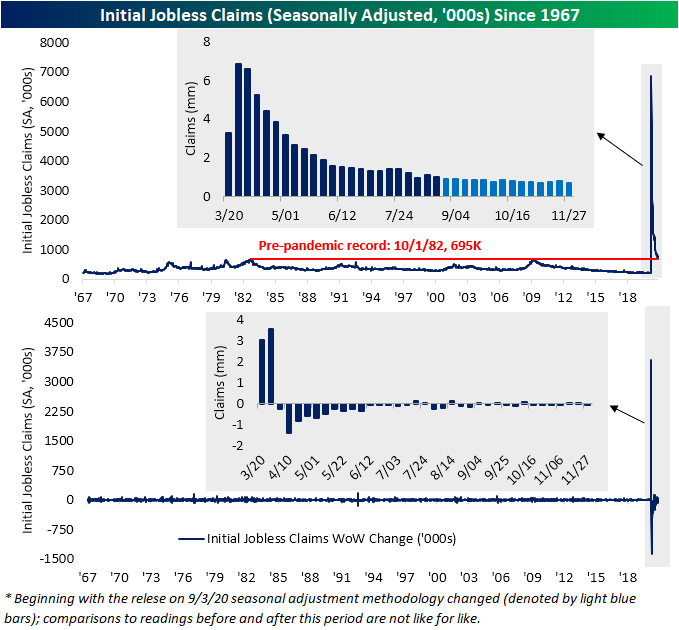 The picture was even better for unadjusted claims.  Although the current time of the year has historically marked a seasonal upswing in claims, the 48th week of the year has typically marked a decline week over week. Given the seasonal tailwind for the current week of the year, claims fell to a new low for the pandemic.  Unadjusted claims came in at 713.8K, 122.5K below last week’s reading of 836.3. That was the largest weekly decline in the unadjusted number since the last major leg lower in the first week of August when claims fell by nearly 150K. 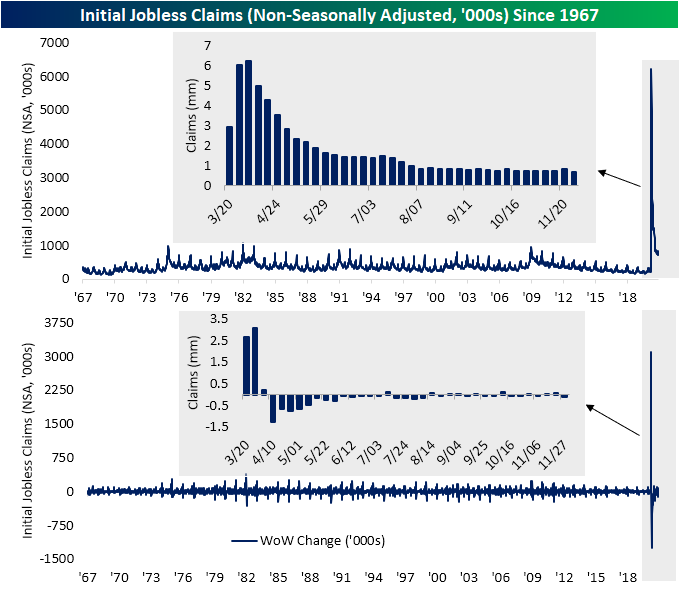 As we note every week, while the decline in regular state initial claims is a welcome sign no matter what, it does not show the entire picture. In the chart below, we show initial claims and claims through the Pandemic Unemployment Assistance program (PUA).  This week, total claims between regular state and PUA also reached a new low for the pandemic coming in just above 1 million this week and below the previous low of 1.021 million from the first week of November.  That was a result of not only the drop in regular state claims, but PUA claims also falling 30K to a new low. 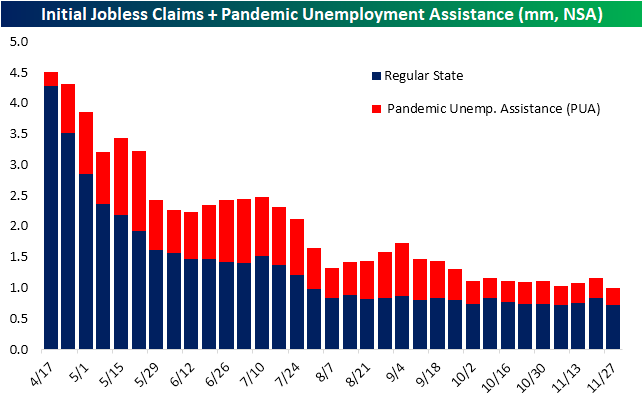 While lagged an additional week to initial jobless claims, adjusted continuing claims likewise painted a pretty optimistic picture as well.  Continuing claims fell 569K this week, down to 5.52 million, exceeding expectations for a decline to 5.8 million. That is the first reading below 6 million since March 20th, and it is also now well below what had been the pre-pandemic record high of 6.635 million from the global financial crisis. 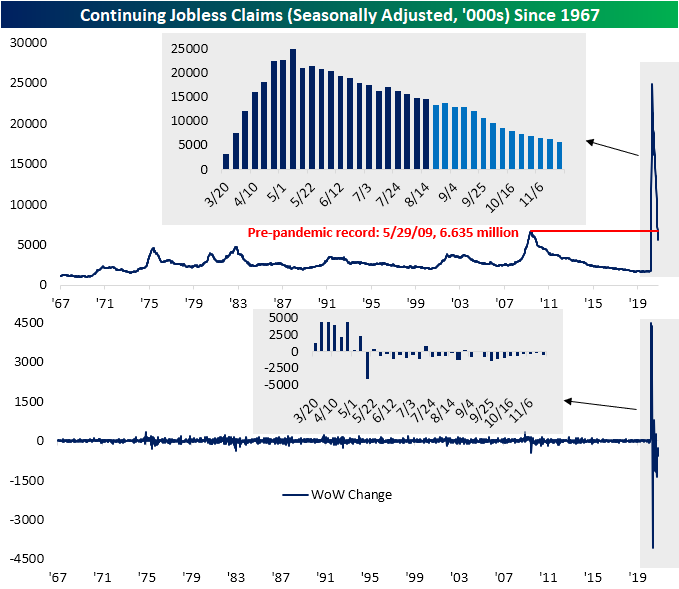 Including the data for all programs of the weekly report adds yet another week of lag, but it does give a more complete picture.  For the week of November 13th, total continuing claims fell to 20.2 million from 20.56 million the previous week.  That is slightly below the level from the last week of October, which brings total claims to the lowest level since April. Taking a look across the programs, the overall decline was driven by drops in regular state claims and an even larger decline in PUA claims.

Given the length of time that many claims have been in place though, counts for programs that extended insurance once expiration is reached (which varies in length from state to state) like the Extended Benefits program and Pandemic Emergency Unemployment Compensation (PEUC) program have continued to rise.  With regards to the Extended Benefits program, claims have now risen for 22 straight weeks through November 13th, albeit the most recent week’s 59.7K rise was the smallest week over week increase since August 21st.  Similarly, PEUC claims have continued to rise with the most recent week adding another 79.7K. That leaves the total number of claims between these two programs at over 5.25 million for the first time of the pandemic.  That means that despite some light at the end of the tunnel of the COVID front given positive vaccine news, with the pandemic continuing to drag on, nearly a quarter (26%) of all people receiving jobless benefits have been unemployed for an extended period of time. Click here to view Bespoke’s premium membership options for our best research available. 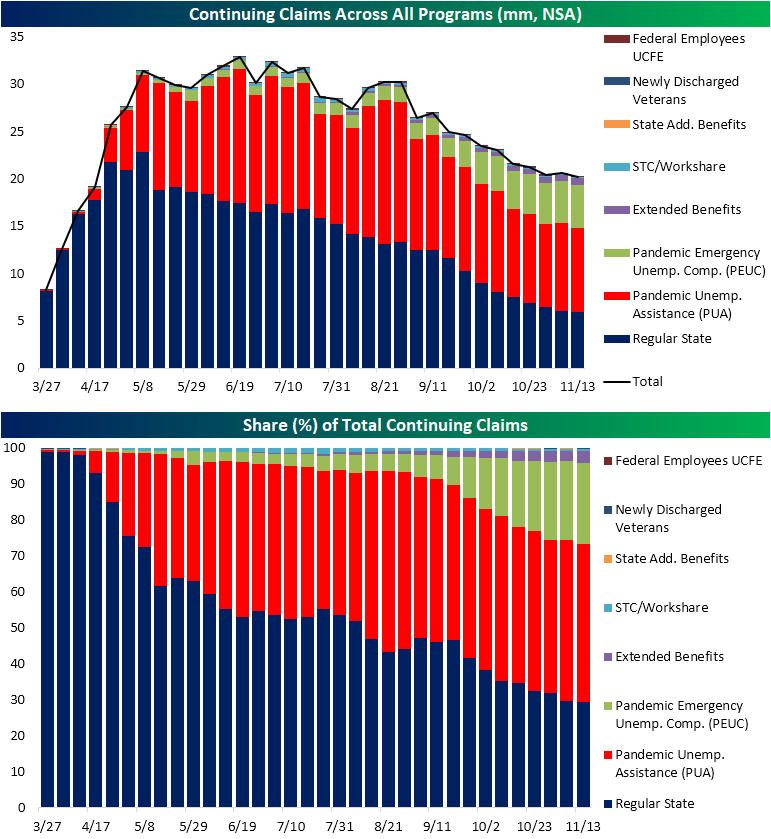