Claims Back on the Rise

Over the past few weeks, initial jobless claims have seen a subtle drift higher though last week saw a return back towards the lows of the pandemic.  This week the rise in claims resumed.  Claims were expected to rise once again from 712K up to 725K, but the increase was far larger than expected with an increase to 853K. Last week’s print was also revised up by 4K to 716K.  Back above 850K, this week’s initial jobless claims number was the highest since the week of September 18th.  Meanwhile, the week over week increase of 137K was even more notable.  Topping the 133K increase from mid-August, it was the largest uptick since the 3.56 million spike back in the last week of March.

Taking a deeper dive into the numbers, a week over week increase in claims could be observed across a vast majority of the nation as the only states and territories to report declines were Alabama, Louisiana, Kentucky, Michigan, Oregon, and the Virgin Islands.  The states that reported the largest increases include some of the most populous like California (+47.454K), Illinois (+31.468K), Texas (+19.871K), and New York (+17.528K). Again, they are some of the most populated states, but these four together accounted for more than half of the nation’s overall increase. 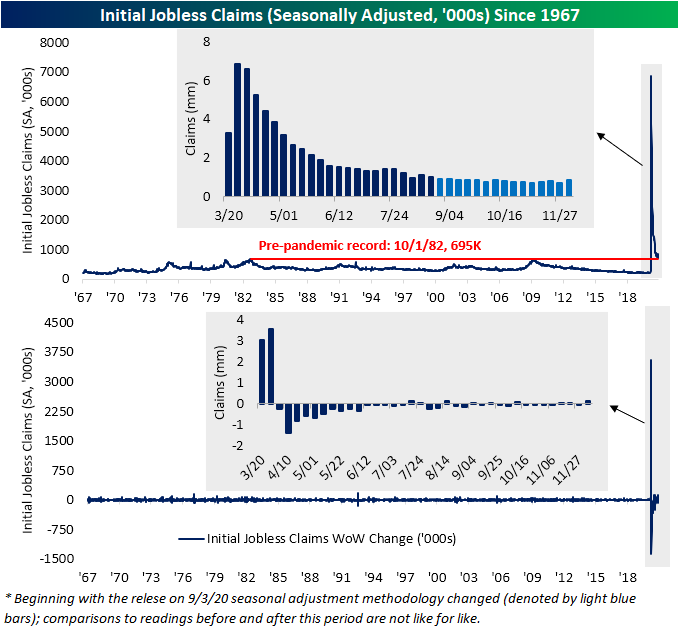 On a non-seasonally adjusted basis, the number was even higher at 947.5K.  As we have been highlighting over the past couple of months, a seasonal drift higher is the norm for this time of year. For example, historically, the current week of the year (49th week) has seen claims rise WoW 81.5% of the time with the average size of that increase 82.15K, but this week’s increase was far larger at 229K. That brings claims to the highest level since the final week of July while the WoW uptick was the largest since the massive increases in March. 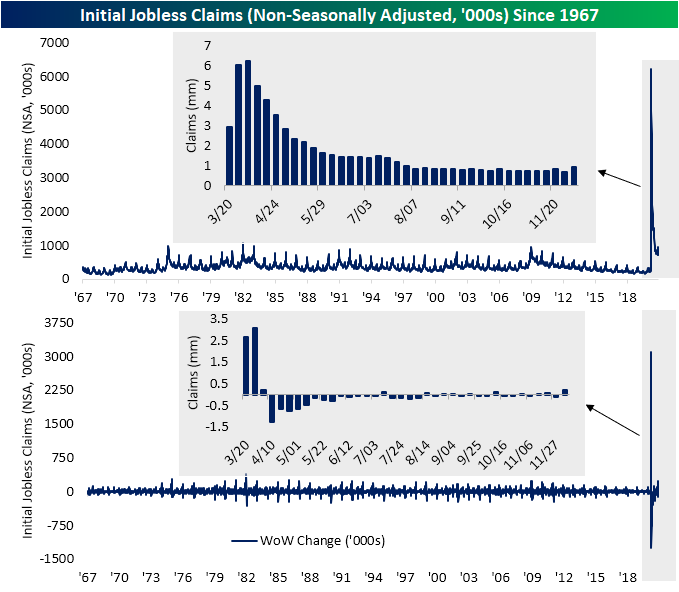 With the addition of the Pandemic Unemployment Assistance (PUA) program, on a combined basis, claims are still at their highest level since the week of September 18th, totaling 1.375 million this week versus 1.443 million back in September. Both regular state claims and PUA claims experienced significant upticks.  For PUA claims, the 139.38K increase week over week was the largest increase since a 140.19K climb during the last week of August. In other words, the significant rise in claims this week has been geographically broad and across multiple programs. 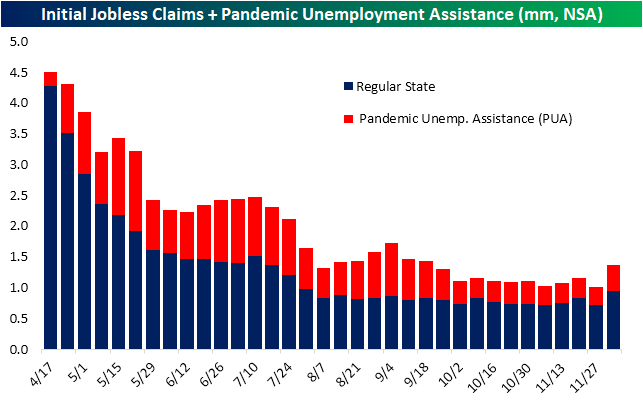 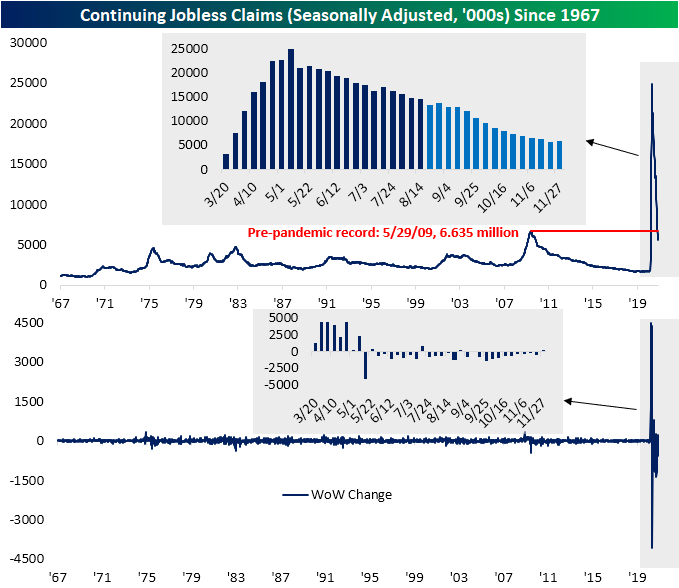 Including continuing claims across all programs adds yet another week’s lag to the data meaning the most recent data is through the week of November 20th and again would not reflect the most recent uptick in initial claims.  For the first time since the early days of the pandemic (the week of April 17th), claims across all programs fell below 20 million.  Regular state claims (-683K) and PUA claims (-313.7K) drove the bulk of the decline, but every other program also fell.  Programs for extensions like PEUC claims and Extended Benefits both improved on the week, but were still above levels from the week prior.  As a result of the moves, extension programs’ share of total continuing claims continued to rise through the week of November 20th. PEUC and Extended Benefits together accounted for 27% of total continuing claims, a pandemic high. Click here to view Bespoke’s premium membership options for our best research available. 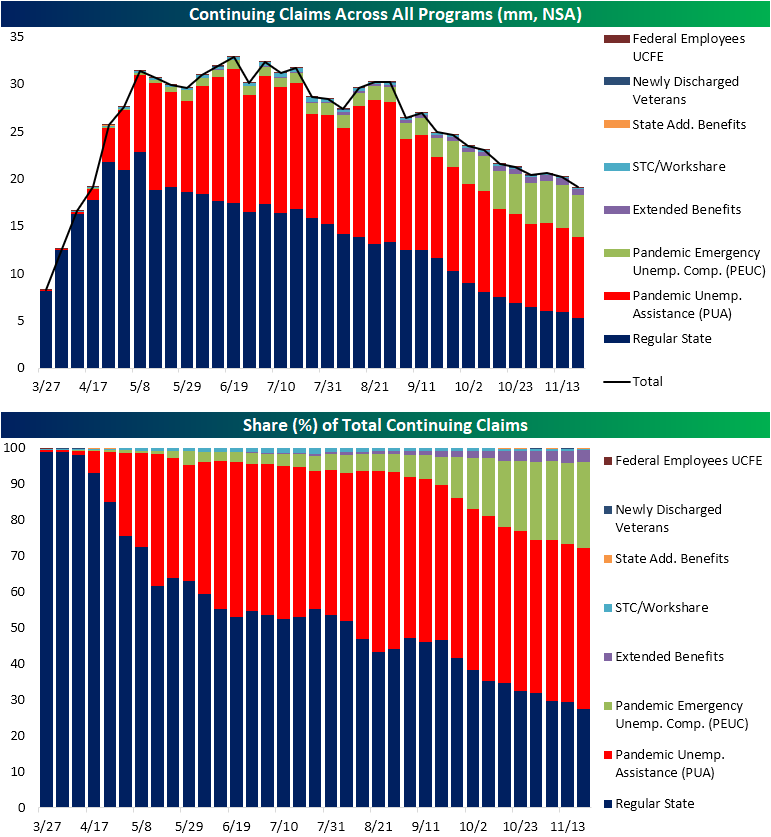