Claims Back Above 200K

After hitting a multi-decade low last week, seasonally adjusted initial jobless claims rose back above 200K.  While a minor deterioration, the current level of claims remains one of the strongest readings on record. 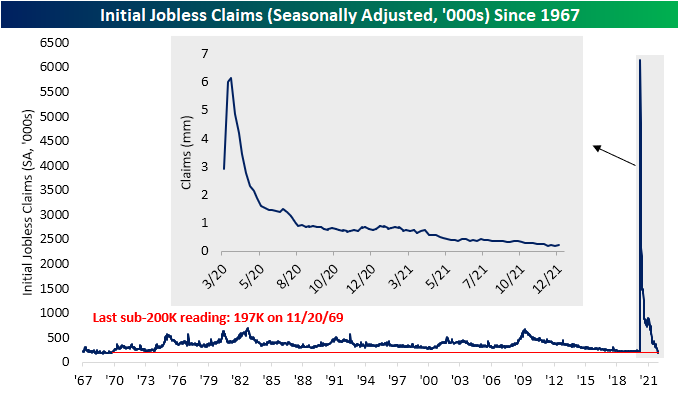 While claims are at a healthy level, the seasonal adjustment has had a flattering effect recently. Unlike the SA number, on a nonseasonally adjusted basis, no recent week has seen a sub-200K reading with the current week falling to 267.5K from 283.9K the prior week.  From a seasonal perspective, claims falling week over week is very much normal for the given week of the year (50th) with nearly 90% of years since 1967 experiencing such a decline.  Only five other weeks of the year have seen claims fall WoW more consistently. 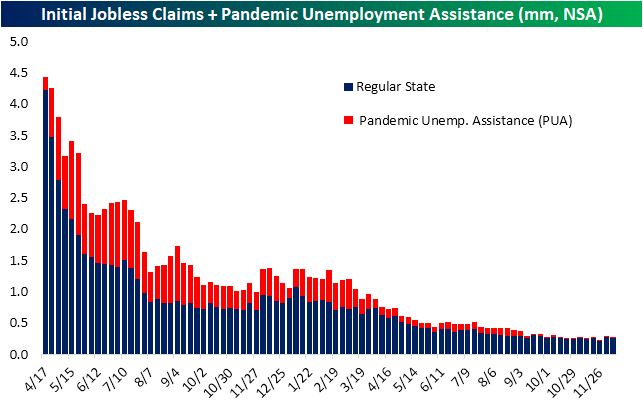 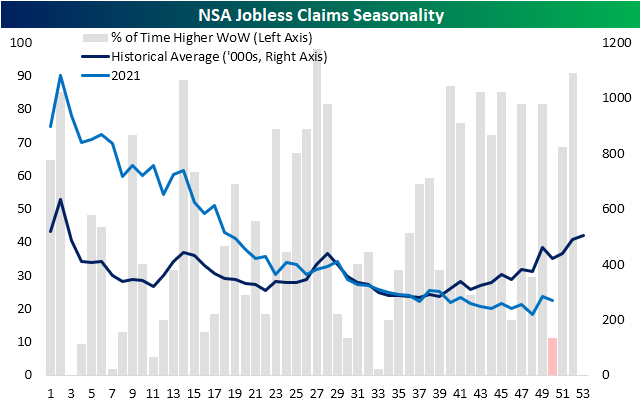 Delayed one week to initial jobless claims, continuing claims hit a new low for the pandemic of 1.845 million in the first week of December.  The marks the strongest reading since the week of March 13, 2020. 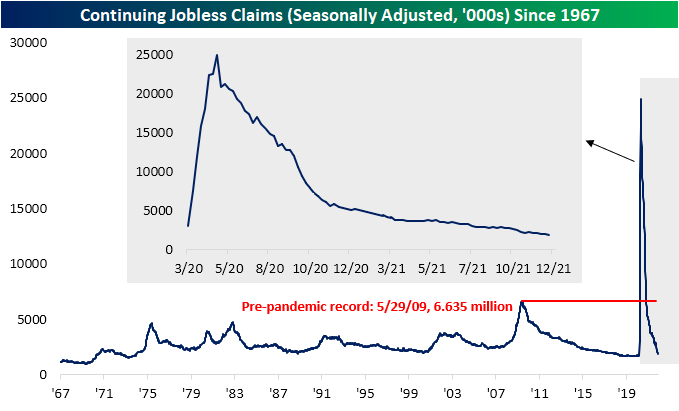 Including all other programs creates an additional week of lag making the most recent data through the final week of November.  Total continuing claims as of that week ticked higher to 2.46 million versus 1.95 million the previous week.  That is the highest reading since the end of October. Even though pandemic era programs have now technically expired, the pickup in claims was broad across programs but regular state claims were the main driver of the overall increase. Click here to view Bespoke’s premium membership options. 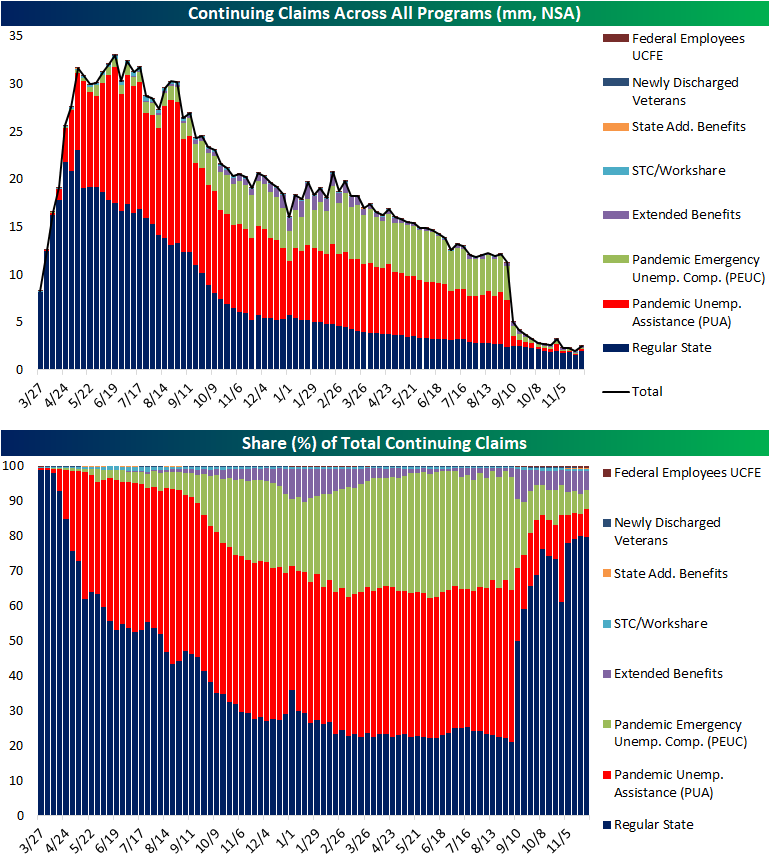