The move lower in jobless claims pressed on this week as the seasonally adjusted reading dropped another 5K down to 213K in addition to last week’s reading being revised 4k lower to 218K.  That exceeded expectations which were calling for claims to rise up to 225K.  This week was the fifth consecutive decline in adjusted claims with a total drop of 39K in that span. That is the longest streak of declines since December of last year when claims had fallen for 11 weeks in a row as the end of pandemic era programs was approaching. 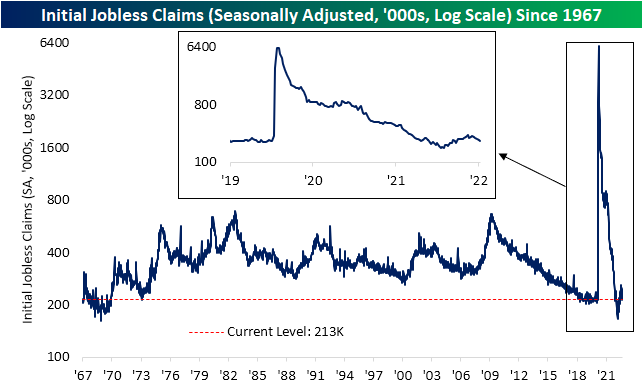 Although the continued decline in seasonally adjusted claims have not resulted in any sort of a new low, unadjusted claims are far more impressive. Taking a historical average of claims throughout the year, most of the time claims would have bottomed by now, but that is not the case this year.  Unadjusted claims have continued to fall over the past couple of weeks and are all the way down to 156K; the lowest level since October 1969.  That is not to say claims are completely bucking seasonal trends as the current week of the year has marked seasonal lows in years like 2009, 2010, 2015, and 2016. In other words, it is hard to distinguish how much of the continued decline is seasonal versus material improvement in claims, and regardless, claims remain at historically strong levels. 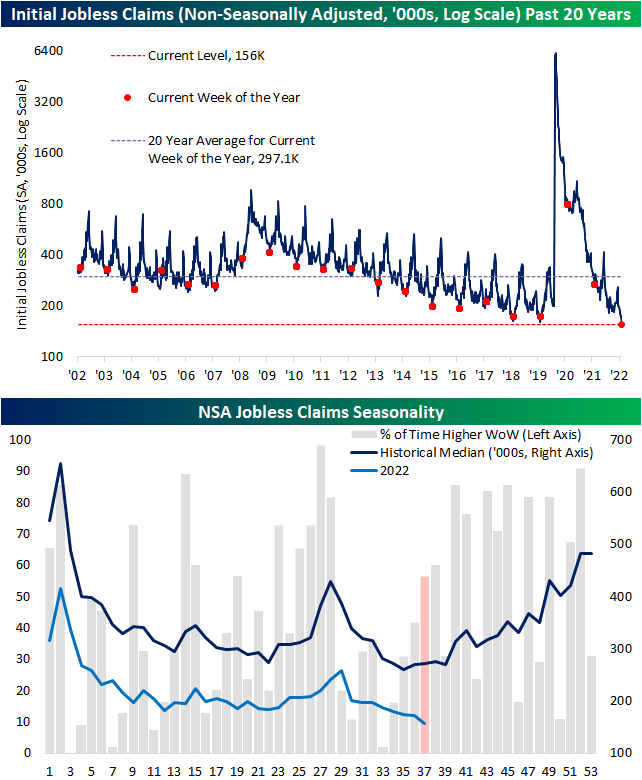 As for continuing claims, the latest reading for the week of September 2nd edged up modestly to 1.403 million. As with initial claims, continuing claims saw the previous week’s reading revised lower from 1.473 million to 1.401 million resulting in the latest print coming in well below estimates of 1.478 million. 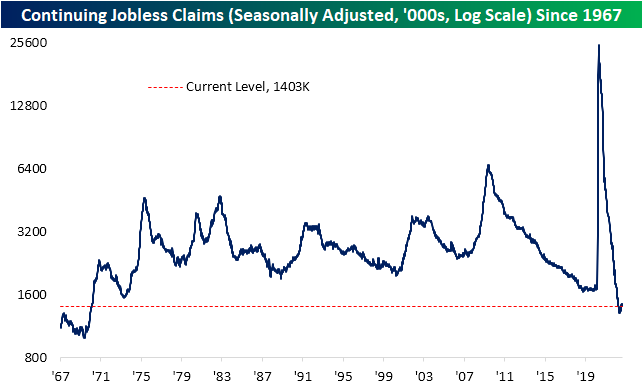 Recently we have been highlighting the ratio between initial and continuing claims to highlight how the latter has generally been stronger than the former.  However, with initial claims falling for a fifth week in a row without a similar decline in continuing claims, the ratio of the two has been reversing lower and is approaching more normal levels.  In fact, the one-month change in the reading has been on the large size ranking in the bottom 3% of all moves on record. Click here to learn more about Bespoke’s premium stock market research service. 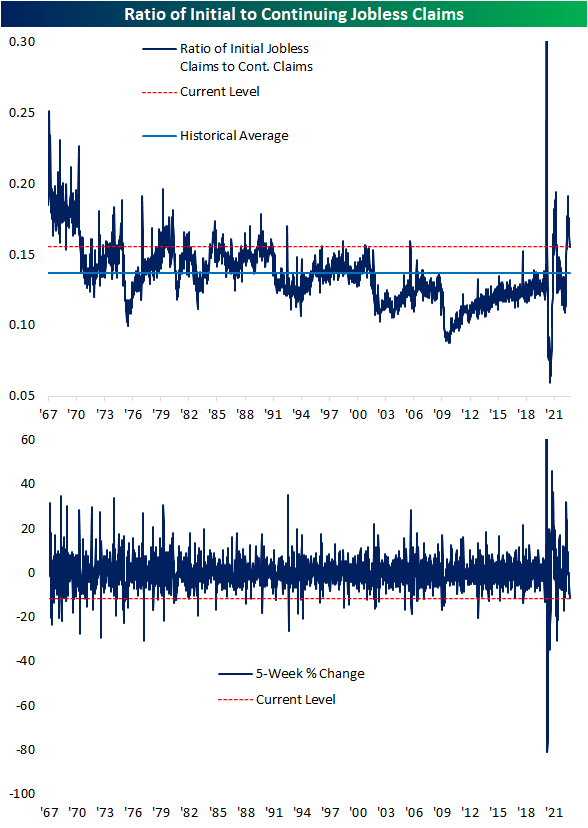