Just like in the US where large caps have been outperforming their smaller-cap peers recently, we’re seeing signs of the same trend playing out in the Chinese equity market as well; especially since the recent highs in January.  For starters, though, it’s pretty amazing to think that China’s Shanghai Composite Index is down just 7% from its recent highs. With a large percentage of the country’s citizens virtually under house arrest and many businesses and factories across the country closed, a 7% decline seems like a walk in the park.  Admittedly, those declines were a lot steeper at this time last week, but the magnitude of the bounce, even if it was aided by government stimulus, is impressive. 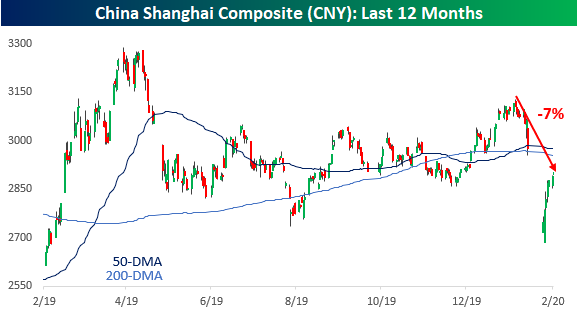