Last week, we highlighted how the Xtrackers CSI 300 ETF (ASHR) tracking Chinese A-Shares finally began to trend higher after being sandwiched between its 50 and 200-DMAs for most of 2021.  After that breakout, ASHR did not see much of a further move higher but fast forward to today and the ETF is surging once again. After a strong session overnight, ASHR has risen almost 4% today for its best single-day performance since July 6th of last year when the ETF popped 11.24%. As previously mentioned, ASHR had been stuck between its 50 and 200-DMAs for most of the time since late February, and as such, up until the past week it had not seen an overbought reading since February 19th. With the huge move today, ASHR is trading 3.45 standard deviations above its 50-DMA. As with the size of the move today, the last time that ASHR was as extended above its 50-DMA as it is now was in July of last year following the massive single-day July 6th surge.  Prior to that, you would have to go back to November 2016 to find as elevated of a reading.  Click here to view Bespoke’s premium membership options for our best research available. 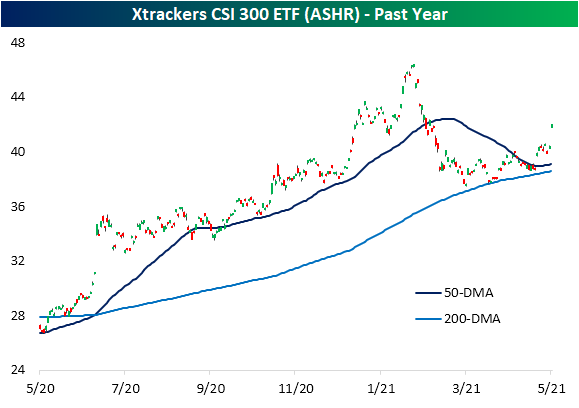 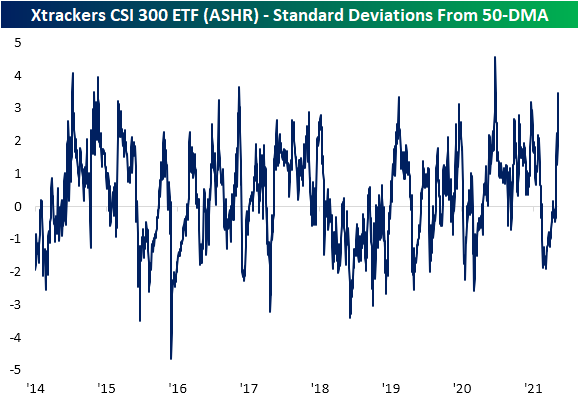