China (MCHI) Following in the Footsteps of ARK Innovation (ARKK)

On Friday and earlier today, we noted how the ARK Innovation ETF (ARKK) has been making a move below its 200-DMA and support that had been in place over the past few months thanks to a 5.23% decline in Monday’s session.  But as we also noted in an earlier tweet, there is another ETF whose chart draws a lot of parallels to ARKK: the iShares MSCI China ETF (MCHI).

Just like ARKK, MCHI ripped higher earlier this year before plummeting throughout the spring. After falling another 3% today, MCHI is also now trading below its 200-DMA for one of the first times of the past year. That drop also marked a break of support from levels earlier this spring. MCHI is now on the cusp of meeting the definition of a bear market having fallen 19.68% from its 52-week high.  ARKK is even further below having dropped 35%.  Click here to view Bespoke’s premium membership options for our best research available. 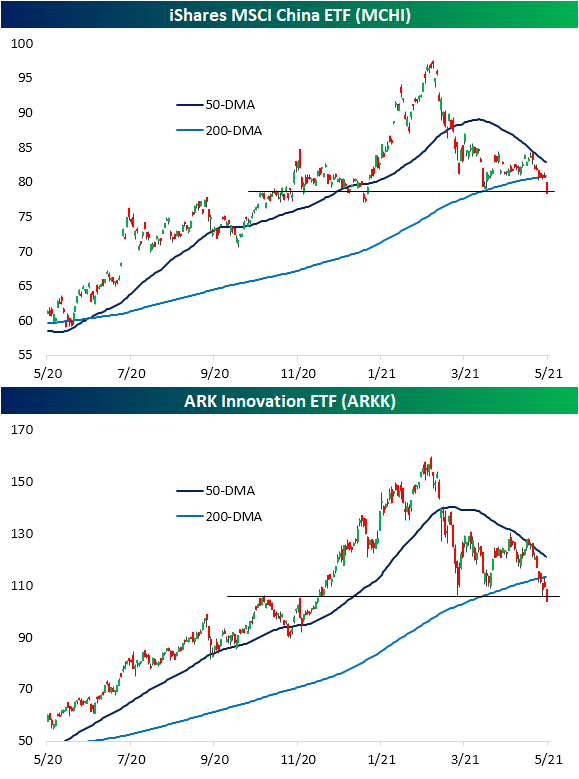