We’ve highlighted the run in Chinese equities quite a lot in the last several days, but it keeps getting more and more extreme.  With a gain of over 1% overnight, China’s CSI 300 not only turned in its eighth straight day of gains but also its eighth straight day of rallying more than 0.5%.  In the history of the CSI 300 dating back to 2002, there has only been one other time where the CSI 300 saw eight or more straight daily gains of 0.5%.  That was back in April 2007. 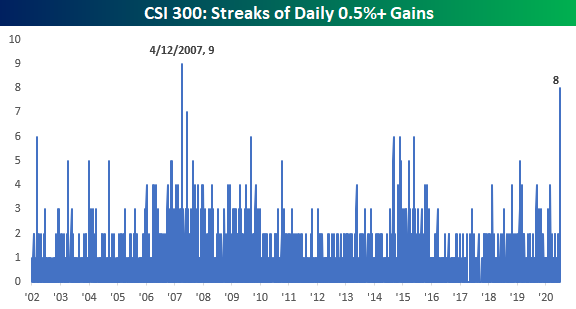 If you don’t remember what was going on with Chinese equities back in April 2007, take a look at the chart below. The last time the CSI 300 had a streak of 8+ days of 0.5% daily gains, the CSI had already doubled in the prior six months.  From there, though, it went on to nearly double again in the next six months.  Eventually the bubble burst, and it wasn’t much more than a year later that the CSI 300 was back below where it was in April 2007.  Like what you see? Click here to view Bespoke’s premium membership options for our best research available. 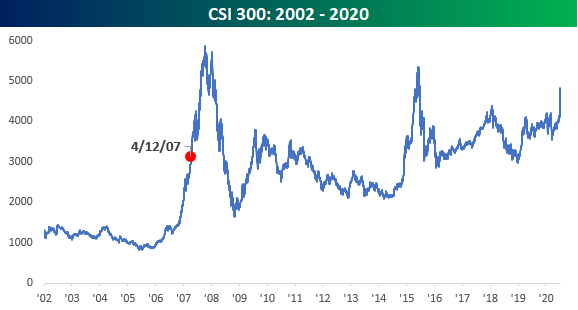