The only US release on the economic calendar today was the NFIB’s Small Business Optimism Index, and it was a big dud.  Compared to last month’s low reading of 93.1, the index fell to 89.5 versus expectations for a much more modest decline to 92.8.  As a result of that larger than anticipated drop, the index is now below the COVID low and down to the lowest level since January 2013. 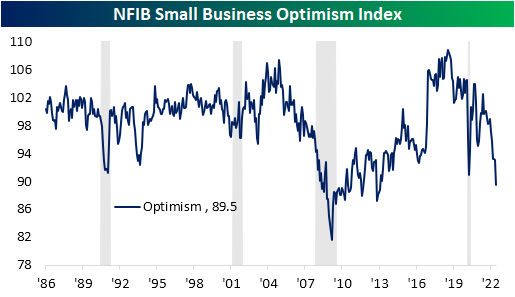 As the headline number is now in the 6th percentile of its historical range, several other components are similarly depressed including a record low reading in expectations for the economy to improve.  Although some indices have managed to hold up decently—for example, reported inventory levels and the difficulty in filling openings remain in the top few percentiles since the survey began—breadth in June was very weak with many of the declines being historically large.

As we noted in today’s Morning Lineup, labor market indicators within the report have cooled off in recent months but remain at historically impressive levels.  Meanwhile, inflation readings are also continuing to come in very elevated in spite of coincident declines in sales expectations. 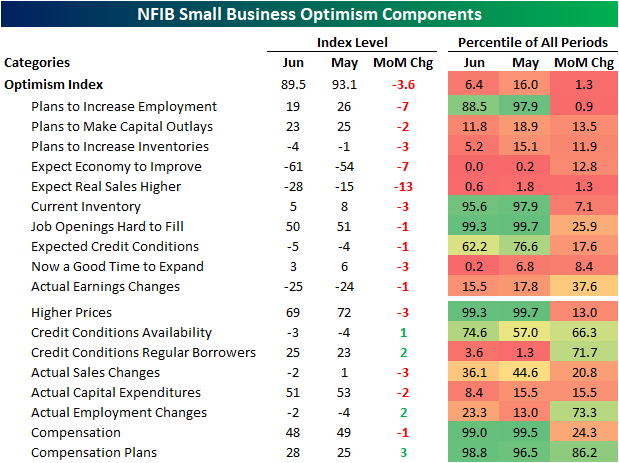 Again, the worst category of the report was the reported outlook for general business conditions.  This index set the bar for a record low even lower as a net 61% of respondents reported that they expect the economy to worsen in the months ahead.  Given this, there is also a historically muted share of respondents reporting now as a good time to expand their businesses.  That reading came in at a meager 3, which alongside April 2020 and March 2010, was the joint lowest level since March 2009. 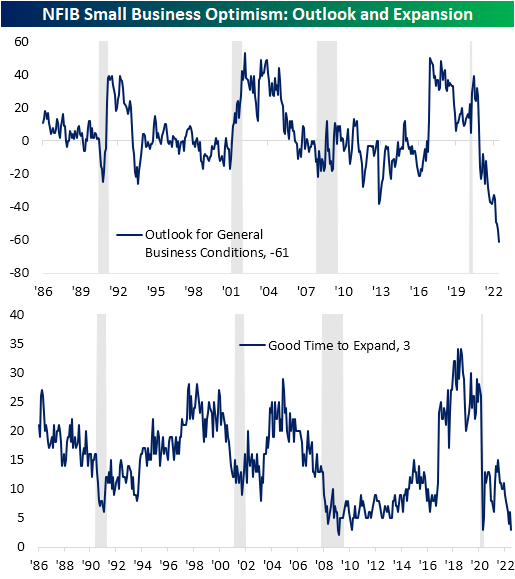 The NFIB also provides some detail as to why businesses are reporting such a soured outlook regarding expansion.  Half of the responses blamed broader economic weakness as the reason. Ironically, that goes against the fact that only 2% reported weak sales would be a reason while another 3% reported strong sales would be the reason to expand. Additionally, while inflation remains such a major concern, only 4% blamed higher costs as a reason to not expand. So while half blamed economic conditions as the reason not to expand, there were some contradictory cross currents.

While it is a drastically lower share at only 10%, the next biggest reason for not expanding was the political climate. As we have frequently noted in the past, one issue with the NFIB survey is that there has been a sensitivity to politics, namely a bias in favor of Republicans. Given the Democratic administration, it is not exactly surprising that political climate would come in second. 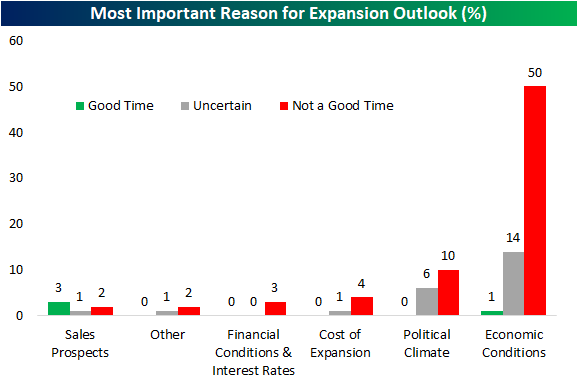 Another interesting point to note on this month’s survey regarded the uncertainty index. This measure essentially tracks the number of times respondents select “uncertain” or “don’t know” as an answer to a survey question.  Here was another index that has reached the lowest level in over a decade. This month’s low reading would imply that firms have a decidedly negative outlook for the economy. 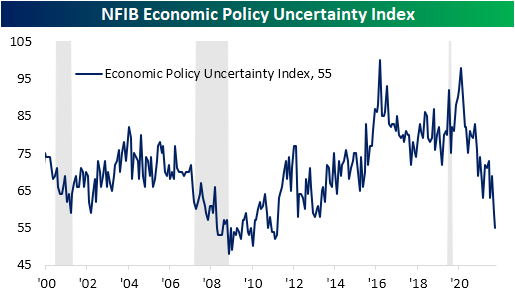 While sales expectations are down near the worst levels since the Global Financial Crisis and the COVID Crash, actual observed changes in sales have not yet cratered in the same way.  That being said, on net there are more firms reporting lower sales than higher. 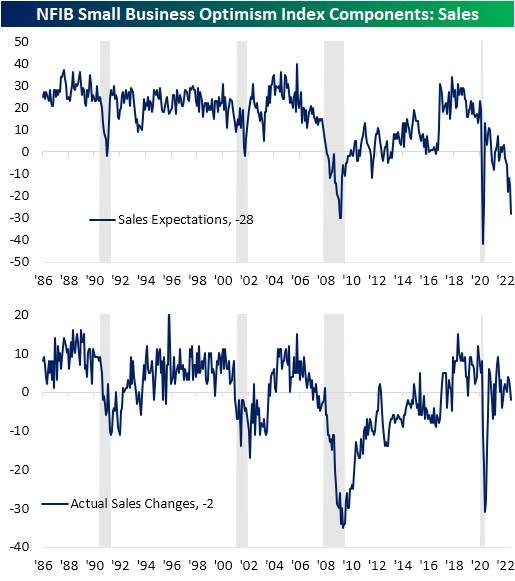 In other words, small businesses expect sales to get much worse than what current levels of sales would have historically implied.  As shown below, the spread between those two indices has only been lower once on record and that was at the start of the pandemic.  Similarly, the record low in General Business Outlook starkly contrasts with where the headline optimism index has been sitting.  That spread is at a record high meaning again economic outlook is far worse than the overall level of optimism. 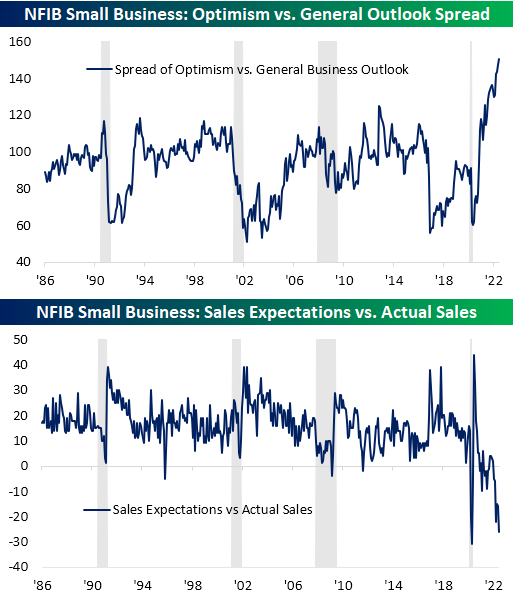