Central Banks Trim Around The Globe

In the wake of the coronavirus sparking growth concerns around the globe, central banks have stepped up to the plate through cutting rates.  The chart below shows the countries in our Global Macro Dashboard that have cut their policy rates since our January 8th report, the day after the WHO identified Covid-19.  Yesterday, the Bank of Canada cut its policy rate from 1.75% down to 1.25%; joining the Central Bank of Malaysia, the Fed, and subsequently Hong Kong in cutting rates by 50 bps.  Singapore has come down slightly less by 43 bps. Australia, Brazil, Russia, South Africa, and Mexico have also cut rates by a quarter-point. Despite being patient zero and perhaps the country most affected by the virus, China has cut rates by just 10 bps; the least of any of the countries that have cut rates. 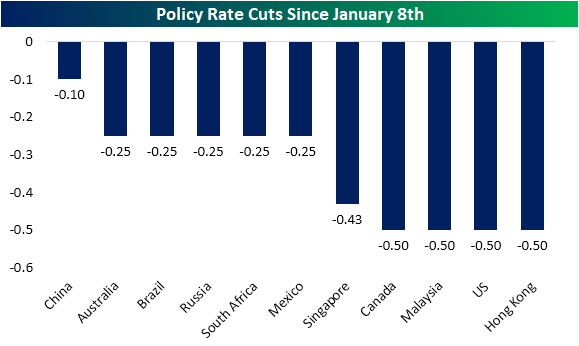 Even though it cut rates by 25 bps, Mexico still has the highest policy rate at 7% followed by South Africa (6.25%) and Russia (6%).   While recent cuts have not sent any additional country’s policy rate into negative territory, the ECB countries, Japan, and Switzerland all have negative rates at the moment. As for the US, the effective Fed Funds rate is now at 1.09% which leaves it on the lower end of the range of policy rates which stand at 1.75% on average (median: 1.25%). Start a two-week free trial to Bespoke Institutional to access our Global Macro Dashboard and more. 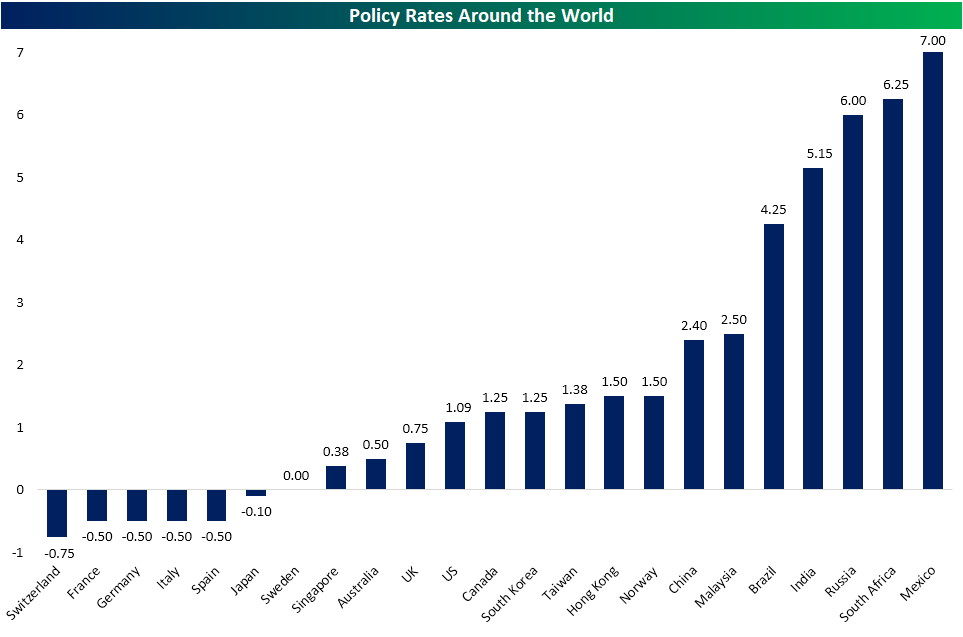