As shown below, there is not a single BRIC or G7 country that has a total return of less than 50% since the March 23rd, 2020 COVID low through today.  Of all of these, India (PIN) boasts the best return having more than doubled and leading the pack throughout basically all parts of the past year.  There were only a couple of points in time early on in the recovery that PIN was not the leader. That was when Brazil (EWZ) was up the most, but since the end of 2020, the country’s equities have significantly underperformed.  The same applies to China (ASHR).  Meanwhile, Russia (RSX) and the US (SPY) have more steadily continued higher alongside PIN.

As for the developed world, things have been more stable. There has not been a G7 country that has fallen sharply recently in the same way as Brazil or China. As a result, China (ASHR) actually has the worst return over the past year out of all G7 and BRIC countries and Brazil would rank as the second-worst. Earlier in the pandemic, Canada (EWC) and Germany (EWG) had been vying for the best-performing G7 country, but since the fall, EWC has put some distance between itself and the rest. The US has the next best returns with a 78.46% total return over the past year.
Click here to view Bespoke’s premium membership options for our best research available. 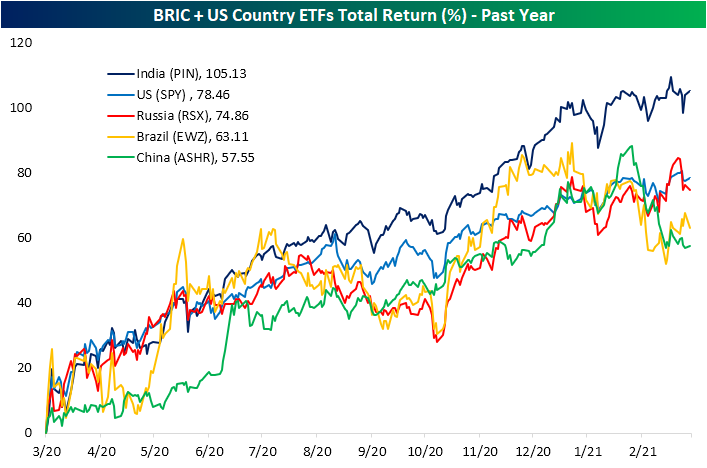 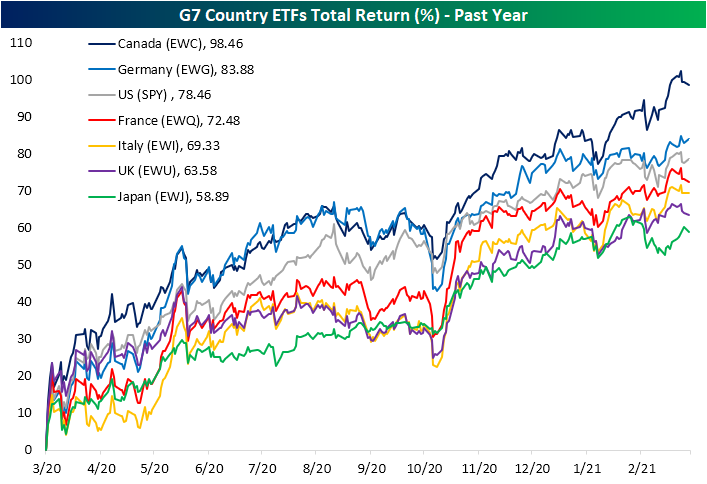