California Back in the Game as Claims Continue to Fall

Another week, another pandemic low for jobless claims.  Initial jobless claims came in at a seasonally adjusted 787K this week. That is down 55K from last week’s revised number which was taken down by a similarly large 56K from the original print of 898K.  Since the report released on October 1st, reporting of claims out of the most populous state in the US, California, has been on pause in order to reduce backlogs and implement fraud protection. As a result, California claims have been held constant at 226K over the past few weeks.  This week the revisions for those past weeks are in and reporting from the Golden State has resumed. The most recent claims reading from that state came in at 158K compared to the revised 176K last week. In other words, although it did not account for the entirety of the big moves, California’s numbers accounted for a large portion of the downward revision last week as well as this week’s decline. 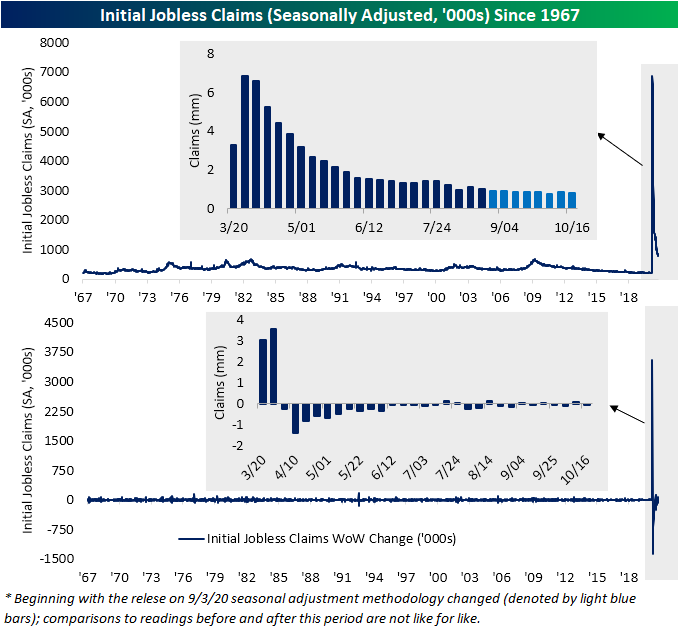 Regardless of the nuance concerning California, overall national claims were healthier this week. Unadjusted claims fell as is seasonally normal for this week of the year, coming in at a pandemic low of 756.6K.  That is a 73.1K decline from last week’s revised 829.7K print (revised down from 885.9K). 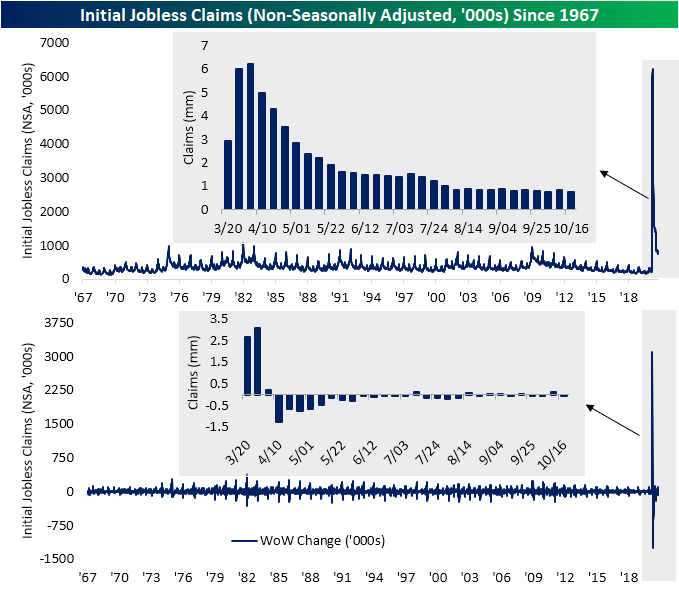 Lagged one week to initial claims, continuing jobless claims were also lower this week falling to 8.373 million.  That is not only the lowest level since the final two weeks of March, but it was also the first time that continuing claims were below 10 million in back to back weeks since then. Again, with the point that state-level reporting quirks could play a role in the large moves, this week also marked a third consecutive week that claims have fallen by more than one million week over week; the only time in the history of the data that has happened. 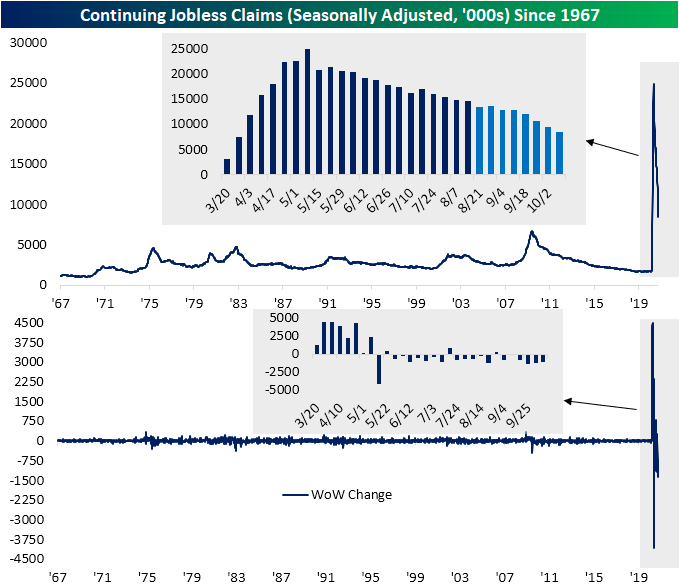 While regular continuing claims have continued to fall, they do not necessarily tell the full story as there are multiple other programs like Pandemic Unemployment Assistance (PUA), Pandemic Emergency Unemployment Compensation (PEUC), and extended benefits to name a few.  Although these are lagged yet another week (most recent data for the first week of October), they show the same story of continued improvements as total claims have fallen for three straight weeks.  The two largest programs—regular state claims and PUA claims—have been the main drivers. On the other hand, one worrying sign is PEUC and extended benefits have been on the rise in recent weeks, though they both remain relatively small but still a growing shares of total claims. Click here to view Bespoke’s premium membership options for our best research available. 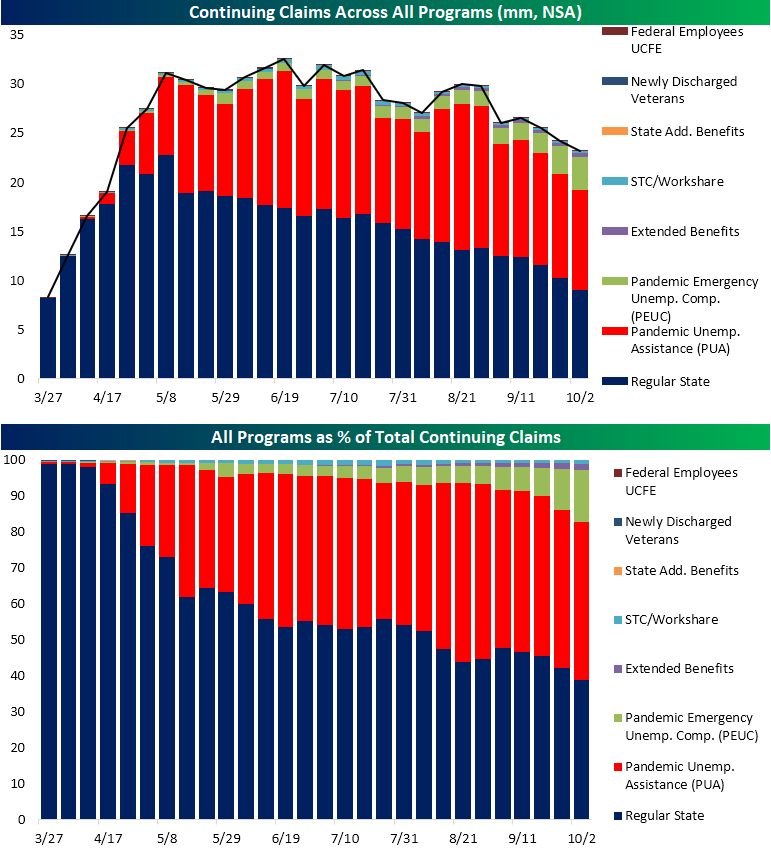