Over the past week, we have frequently noted the strong performance of industrial metals like iron ore in today’s Morning Lineup and steel last week. While industrial metals have shown strength, precious metals haven’t exactly been weak.  Silver was one of the top-performing commodities last week as the Silver Trust (SLV) rose above its 50-DMA, gaining 6.79% on the week.

While precious metals performed decently last week, as shown from the snapshots in our Chart Scanner, both gold (GLD) and silver (SLV) remain well off their highs and in a downtrend since mid-summer. 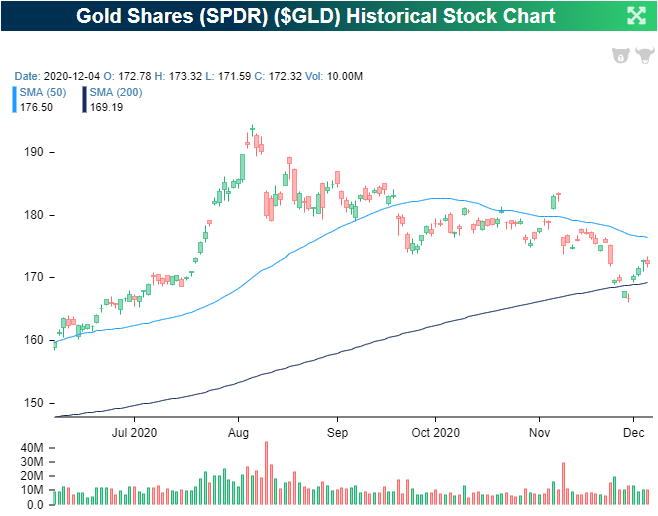 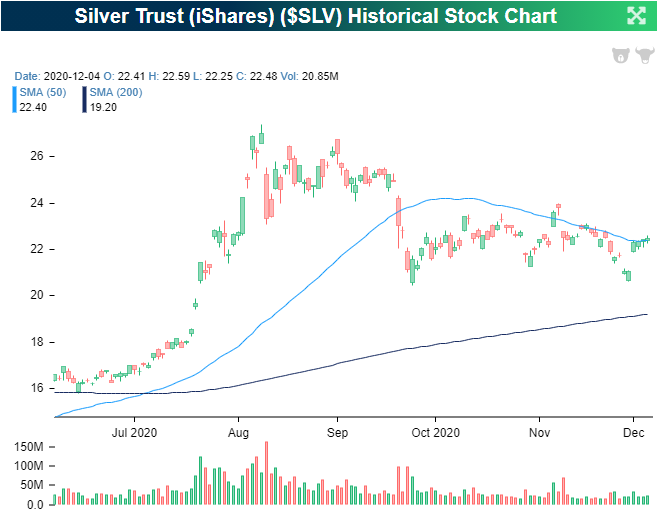 Despite this downtrend over the past few months, positioning around the gold and silver remains pretty bullish. In the charts below, we show data from the Commitments of Traders (COT) report which we typically cover in every Friday’s Closer. With regards to gold, a net percentage of 48.38% of speculators are bullish on the yellow metal. That reading is in the 97th percentile of all readings in the history of the data dating back to the mid-1980s.  The only time a larger share of positioning was bullish was earlier this year, in August of last year, 2016, 2009, and very briefly in December of 2005. As for silver, positioning likewise is bullish, though, not to nearly as extreme of a degree. Silver’s reading is in a much more modest 75th percentile of all readings. 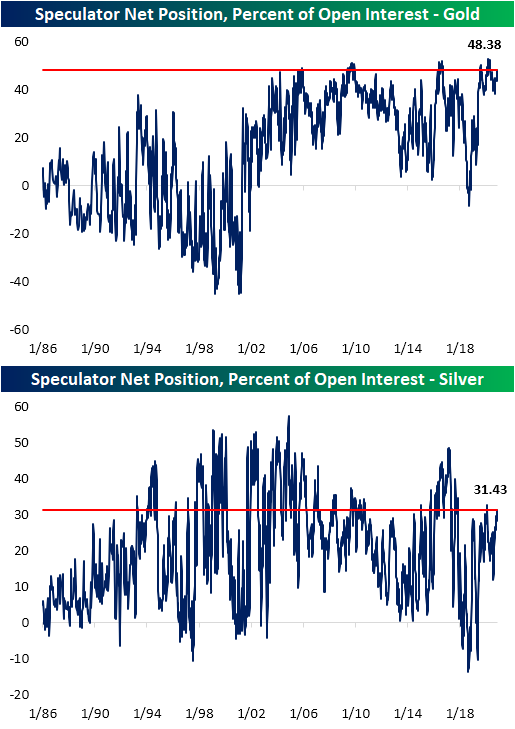 Again, industrial metals have ripped higher recently and the strong gains in copper have been consistent with positioning. As shown below, 33.17% of open interest for copper is long on net.  This reading has taken a near-vertical run higher over the past several months, and Friday’s reading reached the highest level since January of 2004.  That most recent reading stands in the upper 2% of all readings. Click here to view Bespoke’s premium membership options for our best research available. 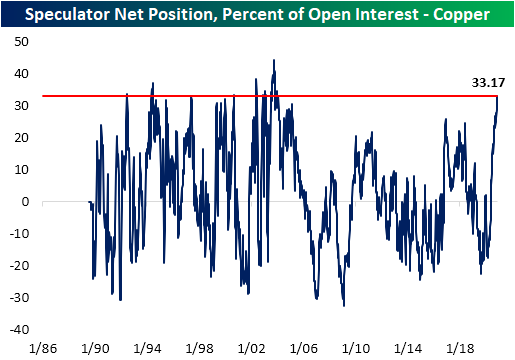