The major indices have been a bit mixed in the past week, and in turn, bullish sentiment took a small turn lower.  45.9% of investors responding to the AAII weekly sentiment survey reported as bullish this week. That’s down from 47.1% last week but still fairly elevated in the top decile of the past five years’ readings. 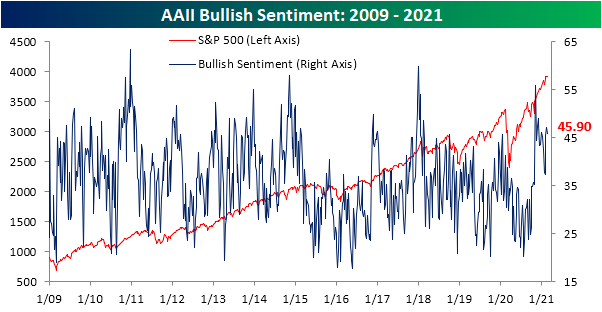 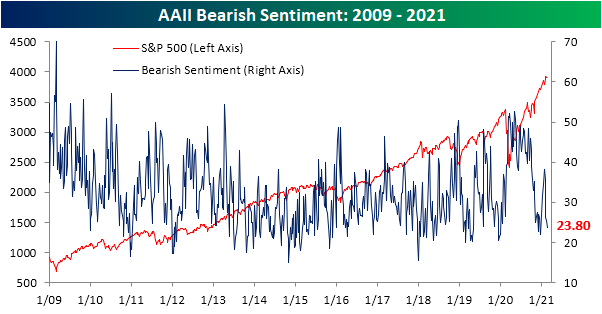 While both bullish and bearish sentiment were lower, the decline in bearish sentiment was larger meaning the bull-bear spread continued to move higher. The spread rose from 21.7 up to 22.1 which is the highest level since the first week of December.  That is also the fourth week in a row that the spread has moved in favor of bulls. 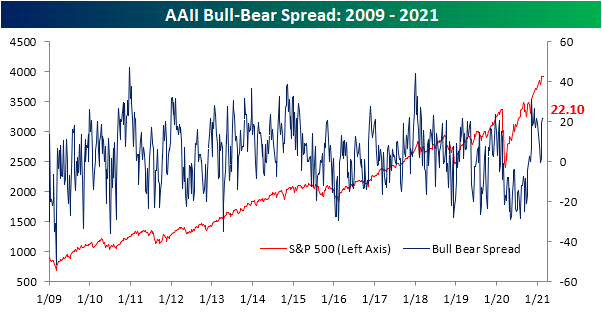 The losses to both bulls and bears meant more investors reported neutral sentiment. This reading tipped back above 30% for the first time in seven weeks. Click here to view Bespoke’s premium membership options for our best research available. 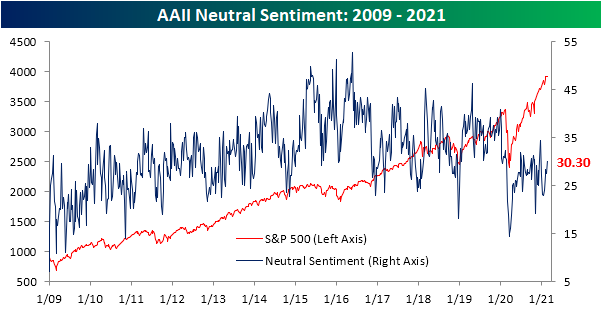