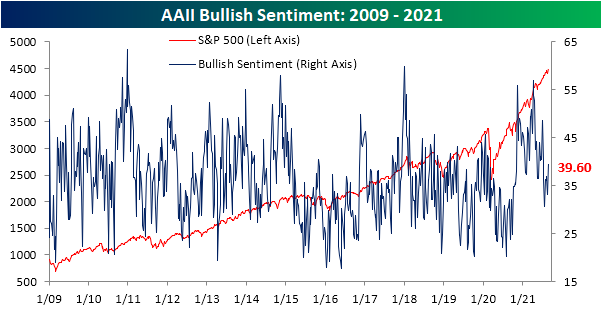 While the AAII survey showed an increase in bullish sentiment, another survey of newsletter writers from Investors Intelligence saw the opposite result.  This survey’s reading on bullish sentiment dropped to just 50% this week which is the lowest level since May of last year.  Although this reading has now fallen out of the past year’s range, it is still slightly elevated versus the historical average of 45%. 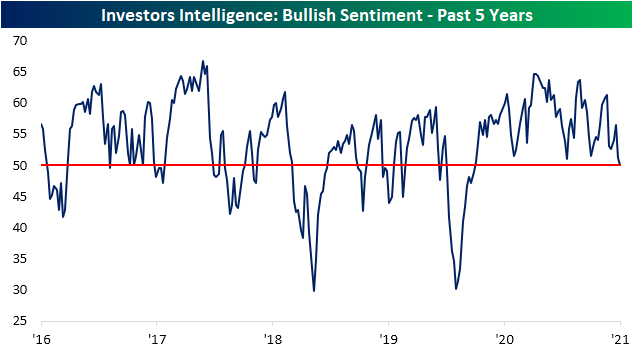 Given the uptick in bullish sentiment, the AAII survey saw only a third of respondents report as bearish versus 35.1% last week. Like bullish sentiment, this reading remains outside of the range it has occupied for most of the past year although that current reading is also not far away from the historical average of 30.5%. 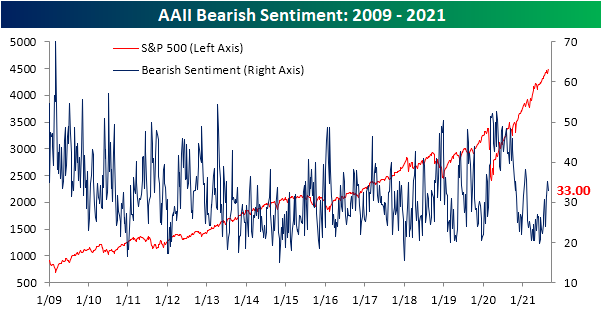 As we noted in last Thursday’s Chart of the Day, the bull-bear spread dipped into negative territory last week for the first time since late January and it was at the lowest level since October 2020.  With the inverse moves in bullish and bearish sentiment this week, the spread has moved back into positive territory to its highest level since the last week of July. 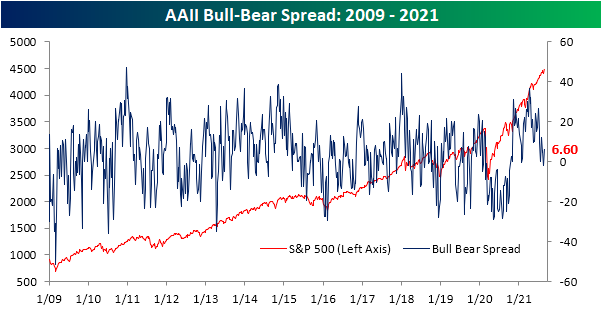 Not all of the gains to bullish sentiment came from the bearish camp.  Neutral sentiment saw an even larger decline of 4.2 percentage points.  That brings the reading down to 27.5% which is the lowest reading since April 15th when it stood at just 21.6%.  Click here to view Bespoke’s premium membership options. 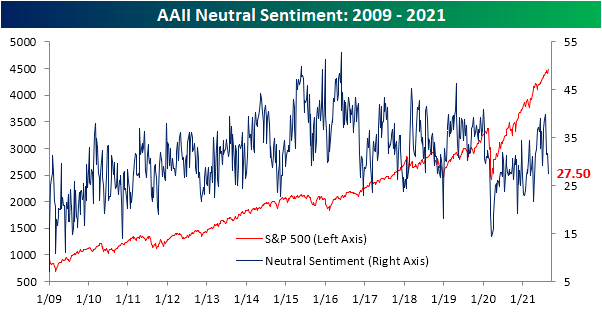