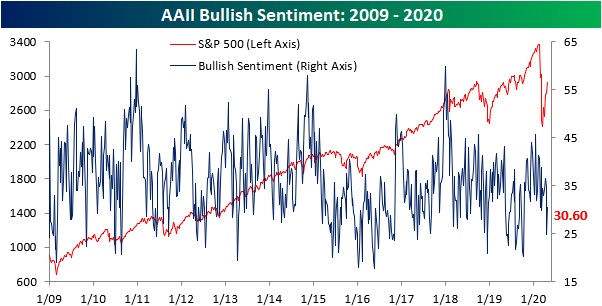 Last week, we noted a strong bearish bias in which the percentage of bearish investors doubled those reporting as bullish.  That has subsided this week as bearish sentiment pulled back from 50% to 44.03%. With less than half of investors now negative, bearish sentiment is within one percentage point of its average since the 2/19 peak, 44.83%. 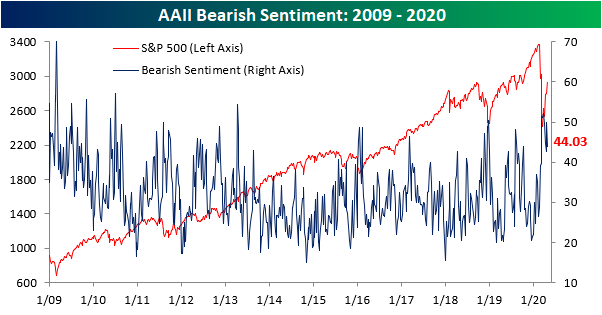 Most of the gains and losses to bulls and bears took from each other as neutral sentiment went little changed.  25.37% of investors reported as neutral which was only 0.23 percentage points more than last week’s reading of 25.14% Start a two-week free trial to Bespoke Institutional to access our interactive economic indicators monitor and much more. 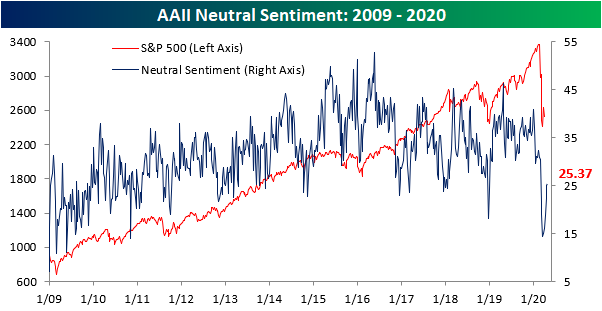