Bulls Coming Back in Favor

Although the weekly sentiment survey would not have captured equities’ sharp decline today, bullish sentiment through AAII’s weekly survey was lower by 0.27 percentage points to 34.28% this week despite the S&P 500’s general move higher in the past week. That was the smallest absolute weekly change for bullish sentiment since the final week of June of last year when it had risen by just 0.08 percentage points. 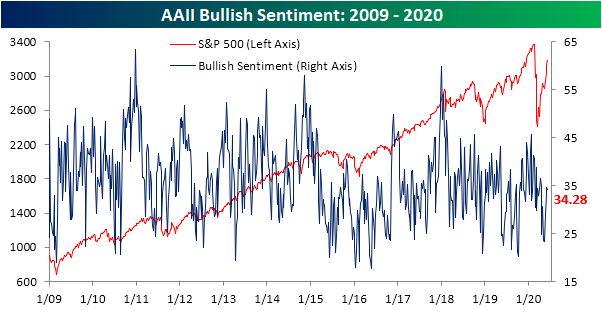 Bearish sentiment likewise was headed lower this week falling by 0.82 percentage points.  That left bearish sentiment at 38.05% which is the lowest reading since February 20th. 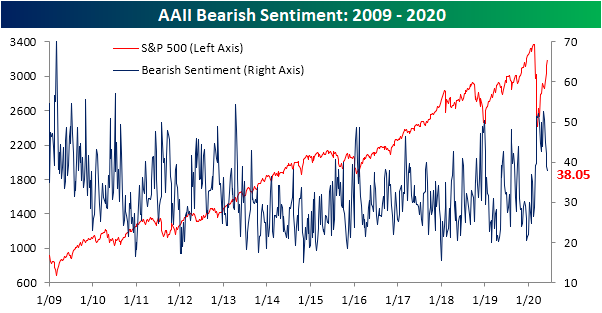 That means most of the move this week went to neutral sentiment which was up from 26.58% last week to 27.67% this week.  After being extremely muted for most of the COVID collapse, it is now at its highest level since the last week of February. 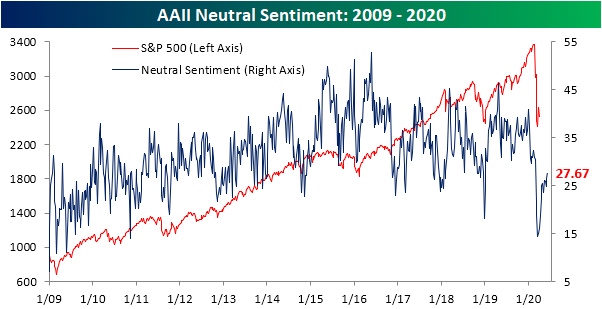 The bull-bear spread rose again this week and is now at -3.77. The spread overall still favors bears as it has for nearly four months now but is the closest to favoring bulls since early March when it stood at -0.9.  This week also marked a fifth consecutive week in which the spread has risen. That is one of the longer streaks on record as shown in the second chart below and the longest since July of last year. If that streak continues through next week, it would be tied with three other streaks from 2007, 2014, and 2019 for the second-longest such streak on record. 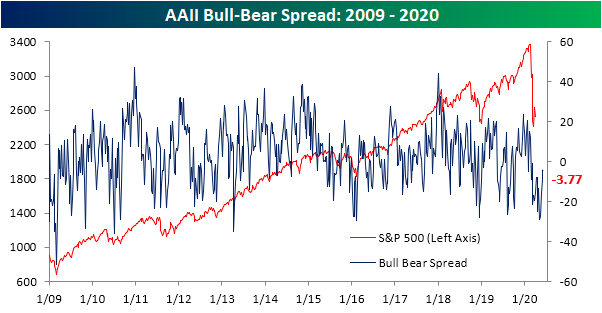 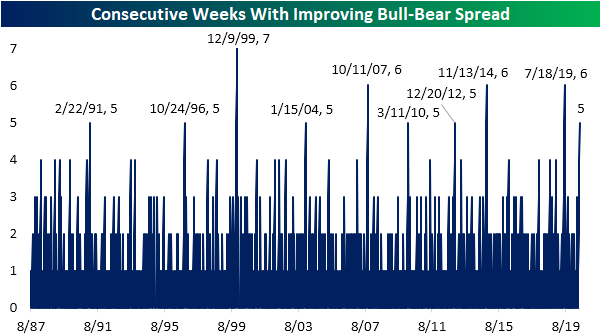 The Investors Intelligence survey is echoing the increasing bullish tones.  Both bullish and bearish sentiment in this survey experienced the largest increase and decline, respectively, since the middle of April.  Bullish sentiment is now 56.9% which is the highest level since January 22nd and in the 85th percentile of all readings of the past decade.  This week was also a fourth consecutive and tenth of the last eleven weeks that bullish sentiment was higher week over week. 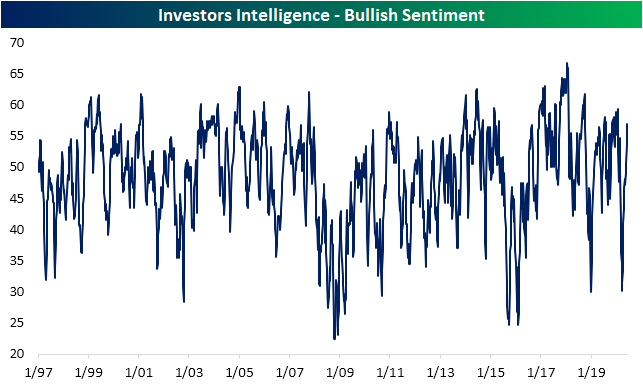 Bearish sentiment on the other hand is down to 20.6% which is the lowest level since the beginning of March. Although that only brings it to the middle of the past decade’s range, this week was the eleventh straight week with a WoW decline. As shown in the second chart below, that is the longest streak since at least 1997. Click here to view Bespoke’s premium membership options for our best research available. 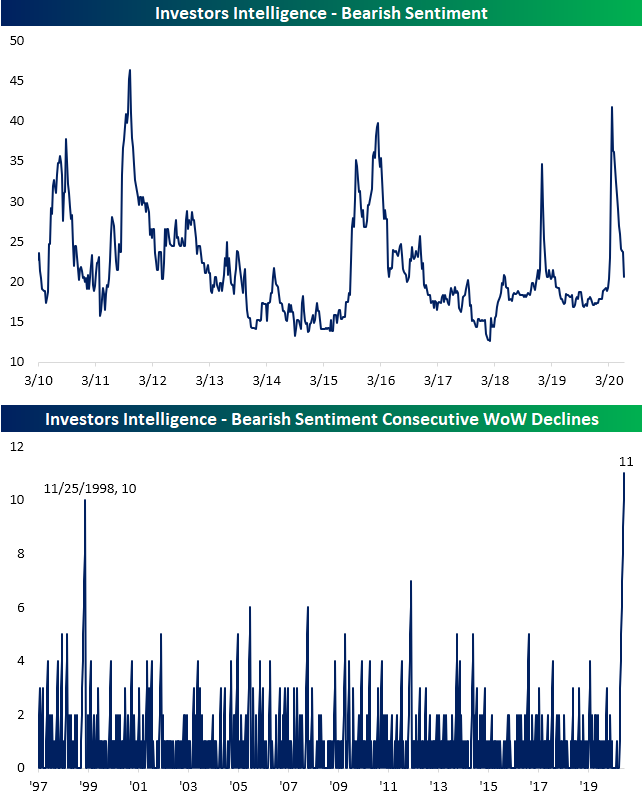