Bulls Come Home for the Holidays

The last week of the year also brings in the last reading on investor sentiment for 2022. Perhaps a bout of new year’s optimism has overridden the negative impact of the market’s continued decline, but bullish sentiment actually rebounded up to 26.5% after spending four straight weeks below 25%. That leaves the reading right in the middle of the past year’s range. 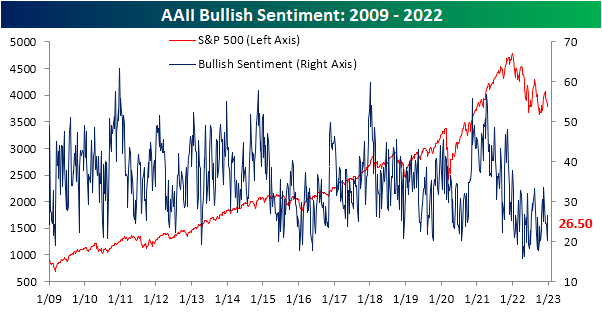 Bearish sentiment, on the other hand, fell from a recent high of 52.3% down to 47.6%. Unlike bullish sentiment, that level remains a bit more elevated.  Outside of last week’s 50%+ reading, it would have been the highest reading since October 20th. 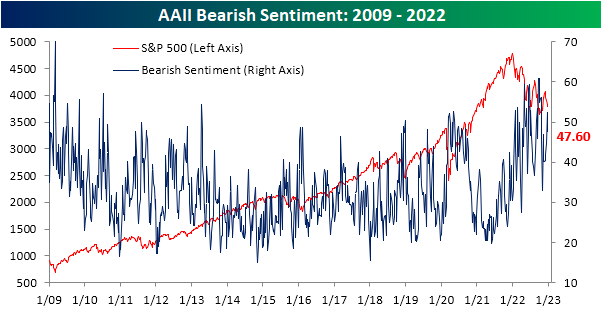 In spite of a slightly more bullish tilt, this week’s data continues to show sentiment is dominated by bears. The bull-bear spread favors bears by 21.1 percentage points; the third week in a row with a sub -20 reading. 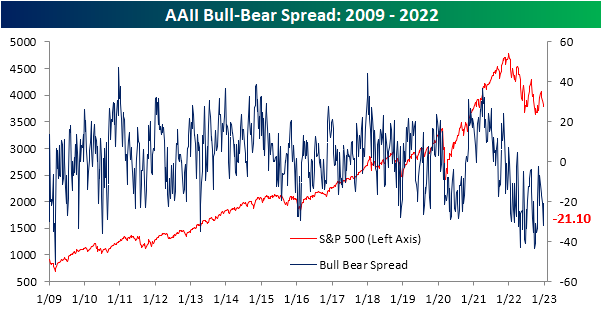 Not all of the gains to the bullish camp came from the bears.  The share of respondents reporting neutral sentiment was also lower this week falling for the fourth week in a row.  This week’s 1.5 percentage point drop was the smallest of that four-week span but brings the indicator to the lowest level since October 20th. Click here to learn more about Bespoke’s premium stock market research service. 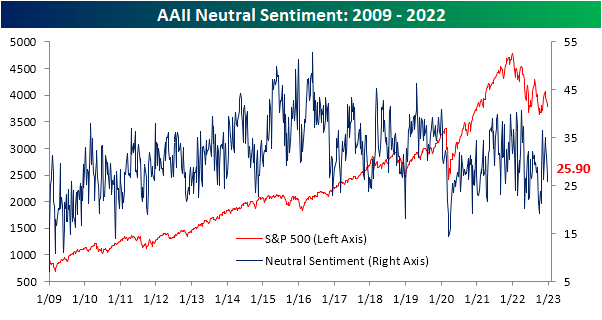