The past week has seen the S&P 500 pull back to retest its 50-DMA which has put a dampener on investor sentiment.  This week’s AAII survey showed that less than a quarter of respondents reported bullish sentiment. That is down from 32.8% last week and the lowest since 9/16. 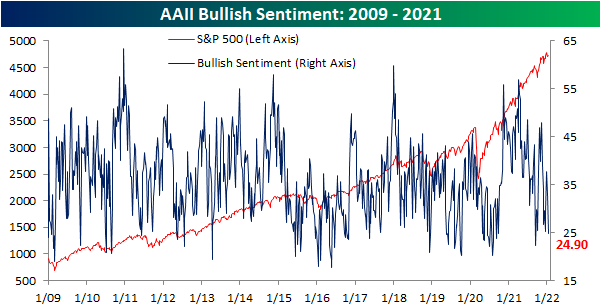 Bearish sentiment picked up most of the difference rising five percentage points to 38.3%.  This brings bearish sentiment to a fairly elevated level relative to its historical average of 30.56%, though, it is still within a standard deviation of that reading.  While higher, this week’s increase was actually only the biggest uptick and highest level of bearish sentiment since the week of 12/16. 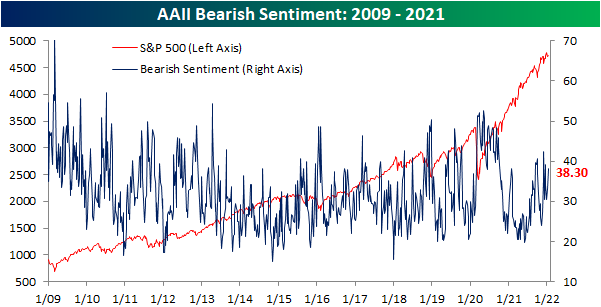 Given those moves in bullish and bearish sentiment, the bull-bear spread has fallen deeper into negative territory. At -13.4, the spread is now at the lowest level since mid-December. 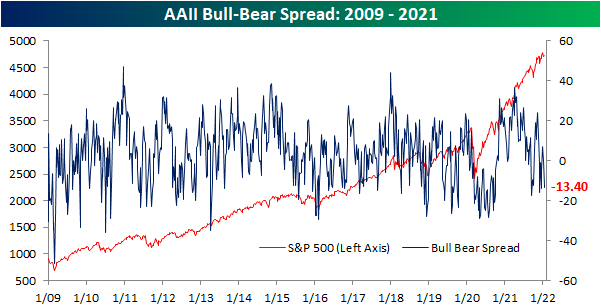 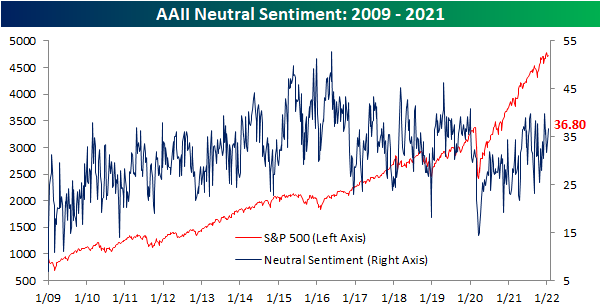 As for other sentiment readings, both the Investors Intelligence survey and NAAIM Exposure index took more bearish tones in the most recent week. As a result, our Sentiment Composite, which combines the bull-bear spreads of the AAII and Investors Intelligence surveys with the NAAIM exposure index’s reading, has fallen back below zero meaning overall sentiment is broadly bearish, but not to a degree in which it is outside the range of recent readings. Click here to view Bespoke’s premium membership options. 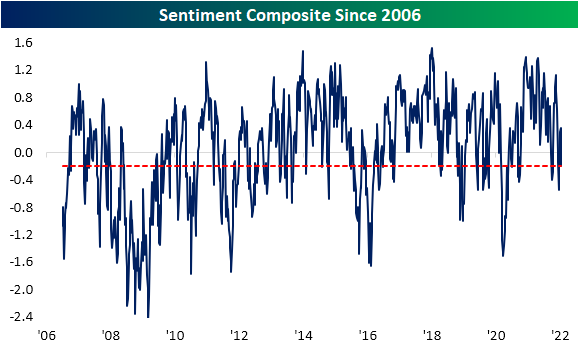