In spite of the S&P 500 actually reversing course and heading higher in the past week, sentiment on the part of individual investors surveyed by the American Association of Individual Investors has turned lower, once again falling below 20%. That is the first sub-20% reading since the last week of April, although the multiple readings in the mid-teens last month were lower than this week’s reading. 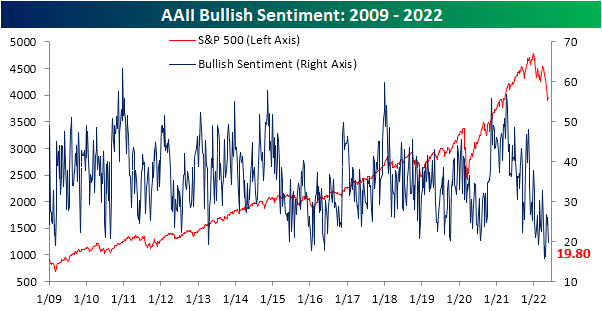 The past several months as the major indices have entered downtrends have seen an impressive collapse in optimism.  Over the past six months, slightly more than half of the time less than a quarter of AAII respondents have reported as bullish. Going back through the history of the survey beginning in the late 1980s, there have only been two other periods with this same sort of consistently pessimistic attitude for an extended period of time: late 1988 to early 1989 and two years later in early 1991. 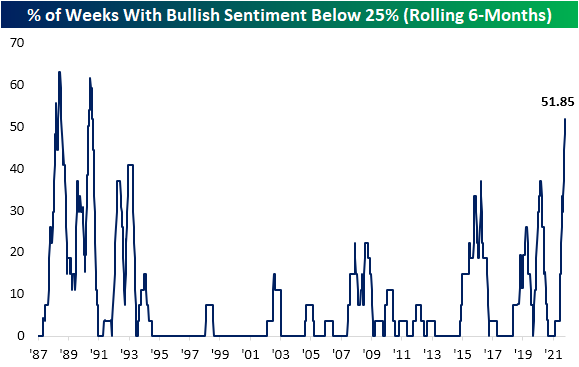 Given bulls were hard to find, bearish sentiment ticked up to 53.5%. Although over half of respondents are expecting lower stock prices, that is still not as high of a reading as the end of April when it was nearly 60%. 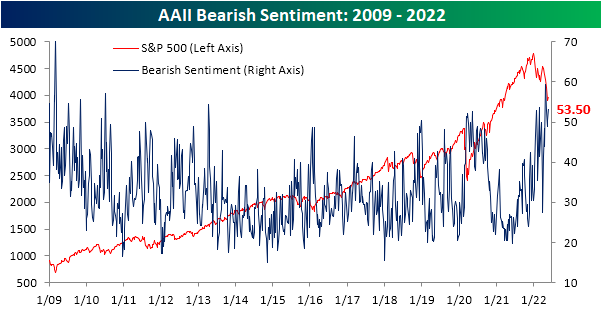 Regardless, bears continue to heavily outweigh bulls as the bull-bear spread has now sat in negative territory for all but two weeks over the past half-year. 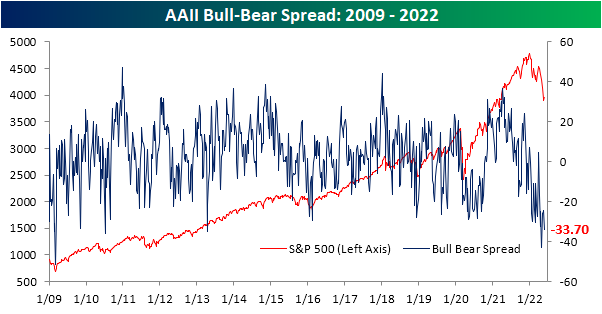 The bearish camp did not pick up all of the losses in bullish sentiment.  Neutral sentiment rose back up to 26.7% this week marking the highest reading in a month. That being said, the reading remains below the historical average of 31.43%.  Click here to learn more about Bespoke’s premium stock market research service. 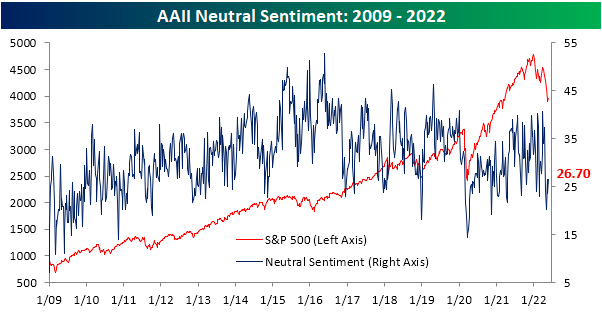