Although the S&P 500 managed to bounce yesterday and today (as of this writing), further declines in the days prior have meant sentiment continued to take a header. In the latest update, only 18.1% of responses to the weekly AAII sentiment survey reported as bullish. That marked the third consecutive decline in bulls resulting in the weakest reading since the end of April. 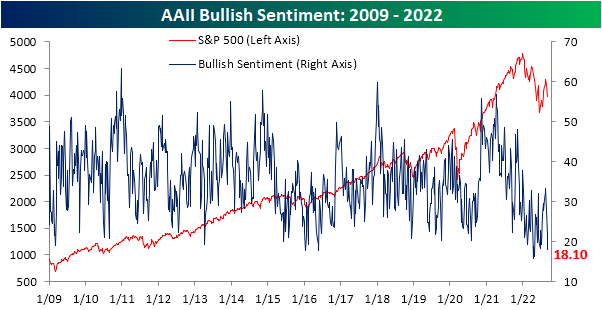 Bearish sentiment in turn has rocketed higher, climbing back above 50% last week and rising further to 53.3% this week. That is the highest level of bearish sentiment since the week of June 23rd and ranks in the top 2.5% of all weeks on record. 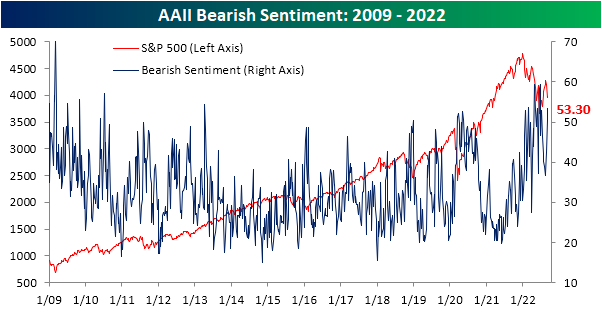 Given the large inverse moves in bulls and bears, the spread of the two has fallen deeper into negative territory after almost turning positive only a few weeks prior.  We would also note that the over 30-point drop in the past month is the largest since a 47.4-point decline at the end of April and ranks as the 29th largest decline in a four-week span on record. With 23 weeks of negative readings in a row, the current stretch is now the second-longest streak of negative readings in the bull-bear spread on record. 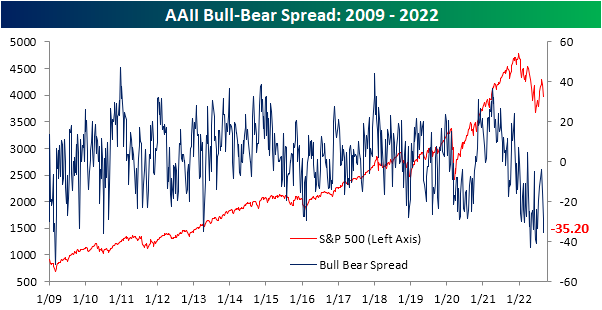 Investors appear to be increasingly polarized between bullish and bearish sentiment as well. As optimism and pessimism have experienced wild swings, neutral sentiment has been relatively stable.  Neutral sentiment only rose one percentage point this week, rising to 28.7%.  That is right in the middle of its recent range. Click here to learn more about Bespoke’s premium stock market research service. 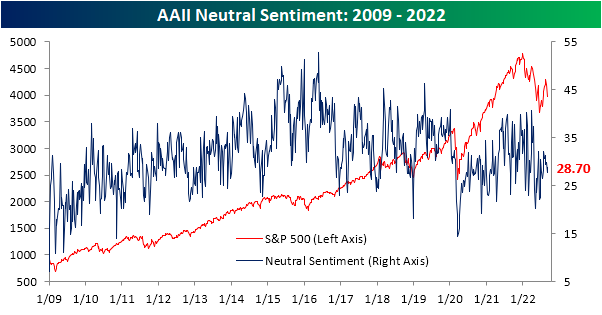