Even though the second half of June and first week of July have seen the S&P 500 climb back from its lows, sentiment appears to show that investors are not buying it.  In today’s update of AAII sentiment survey, there was an overall push toward more bearish tones. For starters, the percentage of respondents reporting as bullish fell back below 20%. Even though that is not any sort of new low, this week is the fifth in a row with less than a quarter of respondents reporting as bullish. As shown in the second chart below, such a streak has been unprecedented with the last example of such an extended streak of depressed sentiment being May of 1993. 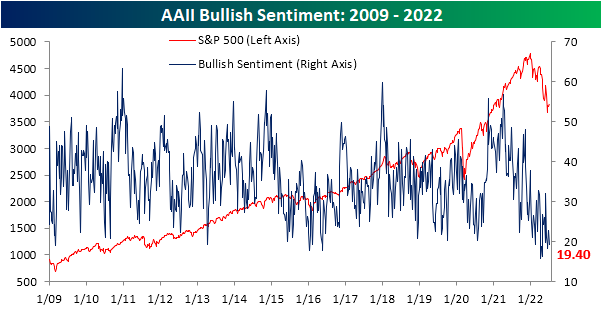 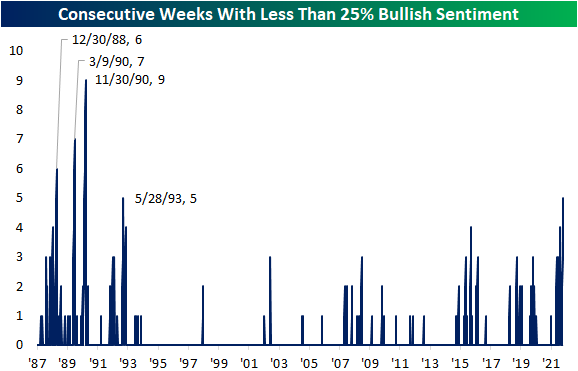 As bulls have been no where to be found, bears are plentiful with over half of respondents reporting bearish sentiment.  This week’s reading came in at 52.8%, up from 46.7% last week.  Mirroring bullish sentiment, that is not any sort of new pinnacle for bearish sentiment as there were even higher readings that closed in on 60% last month. Regardless, sentiment remains historically pessimistic with few other periods having seen such elevated readings for as extended of periods. 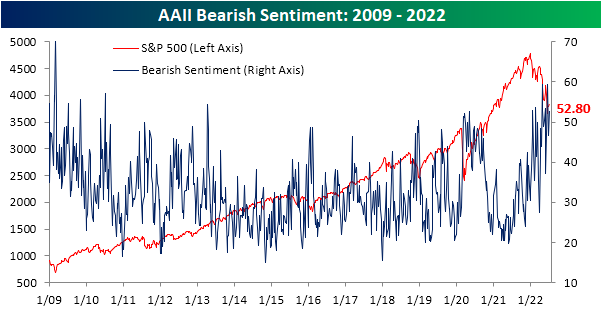 With inverse moves in bulls and bears, there is now a 33.4 percentage point gap between the two readings which is in the 2nd percentile of all readings since the survey began in 1987. 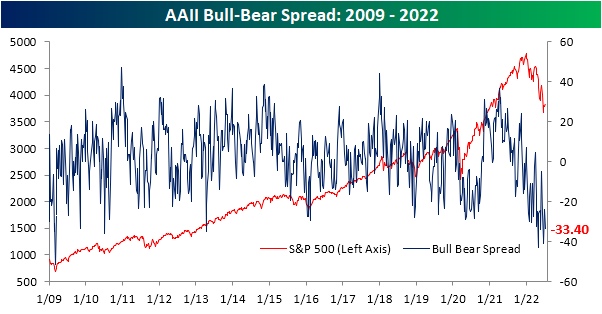 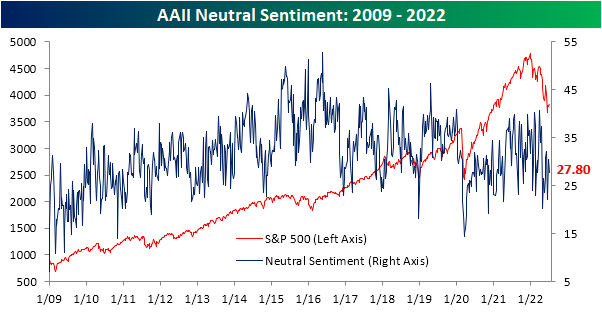 The more bearish turn at the expense of bulls witnessed in this week’s AAII survey was echoed by other readings on sentiment like the Investors Intelligence survey and NAAIM Exposure index.  Combining all three of these sentiment readings into one composite, overall outlooks for the market took a further bearish turn this week with the average survey currently 1.8 standard deviations below its historical norm. That is slightly better than earlier this spring, but still, the only period since the mid-2000s with similarly pessimistic readings was in late 2008 and into 2009. Click here to learn more about Bespoke’s premium stock market research service. 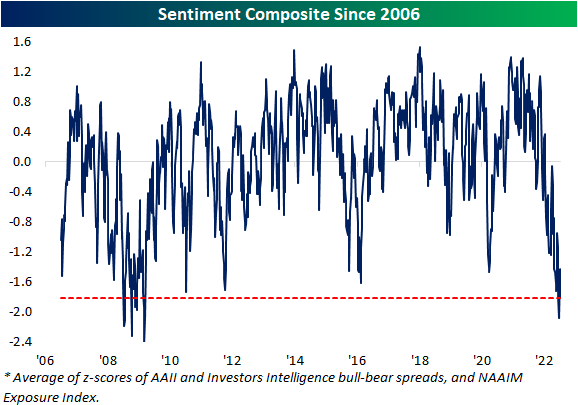