While the rally has paused today, the S&P 500 has continued to press higher in the past week and is currently hovering near resistance at the late May/early June highs.  In response to those moves, investor sentiment has improved with the weekly survey from the AAII showing over 30% of respondents reporting as bullish. That is the highest reading since the first week of June when the S&P 500 was at similar levels to now. 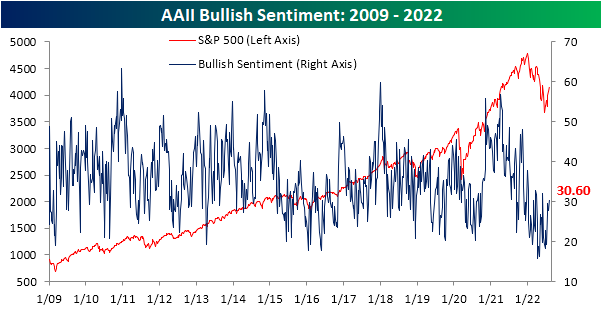 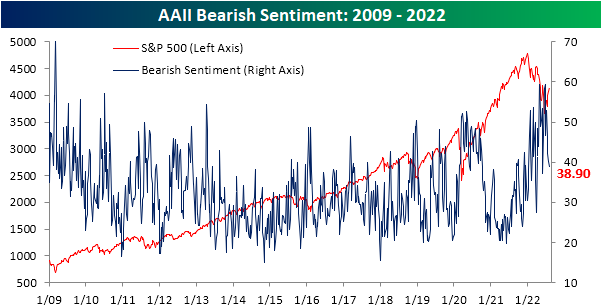 In spite of those further improvements, there continues to be more bears than bulls as the spread remains in negative territory. As shown in the second chart below, the bull bear spread has now been negative for 18 weeks in a row. 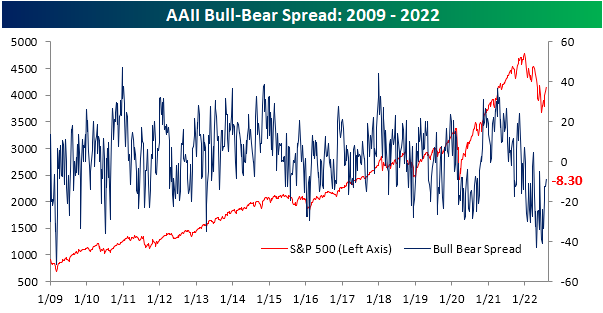 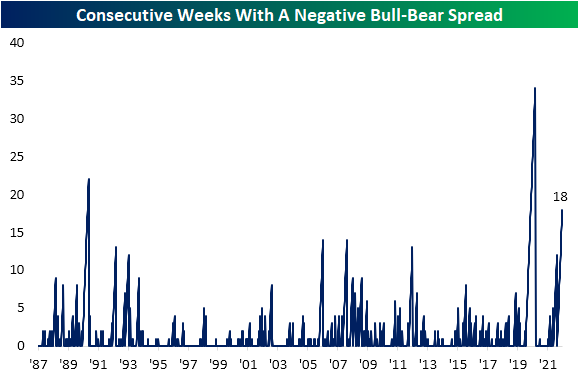 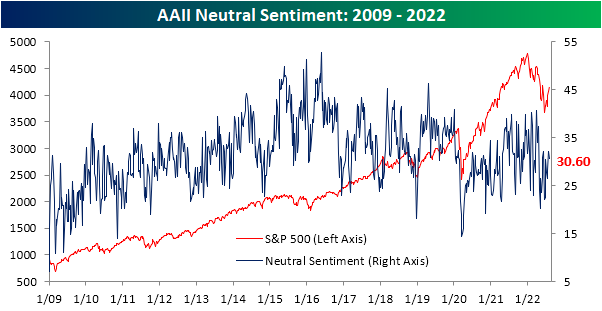